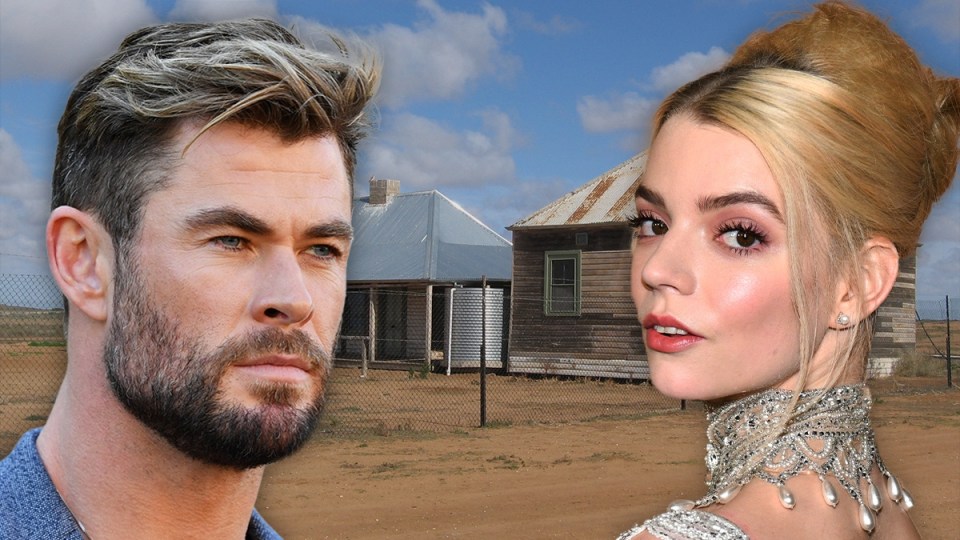 Seven years after the last Mad Max thriller, filming for Furiosa is finally underway in outback NSW, with the cast and crew taking over entire towns and desert locations for the fifth instalment in the mega franchise.

Who better to let the world know than “lead baddie” and star villain Chris Hemsworth, who posted a movie clapperboard with the number 52A and Furiosa written below.

“A new journey in the Mad Max saga begins,” he wrote on June 2.

She posted on Instagram, “It’s Thursday in Aus”, and later shared a photo of a white “outback” cat she’d been gifted.

And another teaser from the madmaxmovie Instagram page posted a photo from Fury Road, saying “Something is coming”.

And indeed it did.

A massive convoy of motor homes, trucks and 4WDs for Furiosa, which is being filmed entirely in NSW, descended on the Riverina farming town of Hay in recent weeks, boosting the economy after COVID-19 and an extended drought.

Hay Caravan Park owner Julie Lawrence told The New Daily on Thursday the town has been a “hive of activity” in recent months, after producers booked out her park on the banks of the Murrumbidgee River for all the “behind the scenes” stunt crew.

She said the town was now unofficially known as the outback version of Hollywood.

“[It is now] unofficially known as ‘Haywood’,” she said.

The crews have since pulled up stumps and taken their roving caravan further north, to settle into the surrounds of Broken Hill and Silverton, but not before holding a “fantastic fireworks display” as a thank you and farewell.

“All of Hay was a hive of activity and treated to a surreal couple of months while the Mad Max crew were in town,” Ms Lawrence said.

“The park was packed to the rafters with hired motor homes to house some of the crew, plus all the cabins were booked.”

Ms Lawrence said the crews were a “delight … very friendly, respectful and fun”, leaving the park at 3am and heading half an hour out to a designated film location, and returning about 5pm.

She said she hopes to see the iconic One Tree Hotel in the film when it’s released mid-2024. The famous pub was built in 1862 and previously used a staging post for the Cobb & Co carriage company.

Local cafe manager Megan Griffiths, who has lived in Hay all her life, told the ABC it was the busiest the town had been, noting she sold more than 220 coffees in a single day.

“Mornings have got a lot busier than normal. They tend to head out a bit earlier than we would normally start getting busy,” Ms Griffiths said.

Silverton Hotel owner Peter Price told TND there had been “a lot of traffic” through the town, 25 kilometres out of Broken Hill.

“A few crew drop in for a drink a couple times a week. No stars at this stage, but we have a couple more weeks of filming to go,” he said.

“Security is very tight so access is not permitted to any of the activities.”

The long-awaited prequel to Miller’s Academy Award-winning Fury Road, which focuses on a young Furiosa, spans 15 years, not three days.

Miller told Variety the prequel was a “saga”.

Although Theron said in 2020 it was “heartbreaking” she won’t be in this film, Taylor-Joy is already “dreaming” about the role.

“I fell in love with Furiosa because of the way Charlize presented her,” Taylor-Joy said.

“She did such an incredible job. It was so beautiful. I can’t even think about trying to step into her shoes. It has to be something different because it just can’t be done,” she told Indiewire earlier this year.

“I’m so excited for that and to push myself past the limits of what my brain thought was possible.”

“George saw Chris [Hemsworth] initially as a courtesy and then fell in love with the idea,” Voeten said.

“He’s going to play totally against type, the lead baddie. Unfortunately, we’ve got to find all of our other characters that aren’t around anymore: a new Immortan, a new Bullet Farmer, and a few others.”

“Furiosa is more of a traditional three-act drama. If people are expecting to see another chase movie, it’s not going to be that,” Voeten told Buchanan.

Meanwhile, Miller has previously said it was great to see the Mad Max franchise return to Australia.

“The support of the federal and NSW governments was pivotal. They made it possible for the film to be green-lit, shot in Australia and for the production to be based in our home state,” Miller said last year.

According to the latest production update, Furiosa is officially still in the “development/pre-production” stage.

If the success of Mad Max: Fury Road is anything to go by – the film was nominated for 10 Academy Awards and won six, including for production design, sound mixing and editing and costume design – then the hugely anticipated Furiosa should see massive receipts at the box office.

Fury Road reportedly made $375 million against a total production cost of up to $185 million.