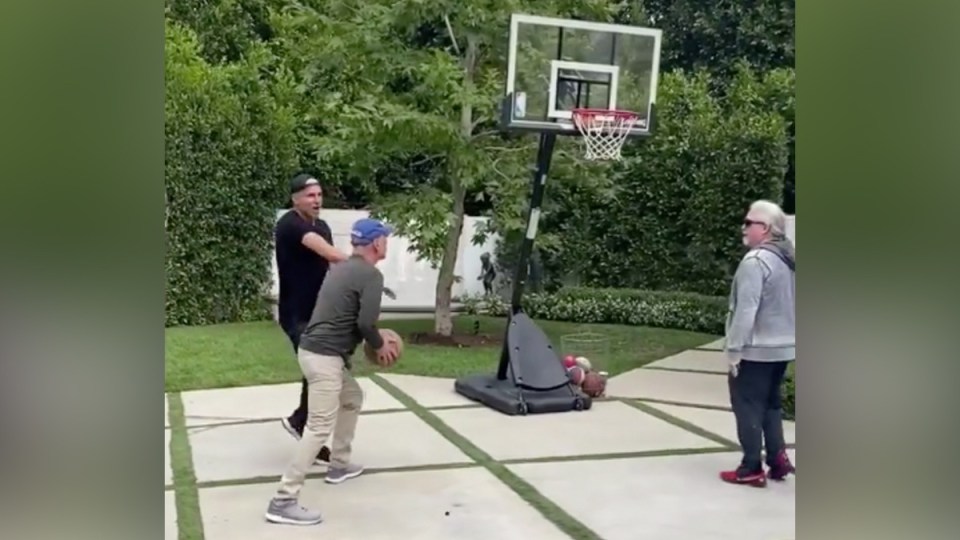 Bruce Willis' wife has shared footage of the actor in good spirits, two months after his aphasia diagnosis. Photo: Instagram

Bruce Willis’s wife has shared a heartwarming moment of the Die Hard actor in good spirits playing basketball, almost three months after his diagnosis with aphasia.

Emma Heming shared a video of Willis, 67, on an Instagram story this week, giving a glimpse of how life has been for Bruce since his March diagnosis.

“I see you BeeDub,” Heming captioned the video, showing Willis catch a bounce pass from a friend and make a layup.

The post was Heming’s first since March, when Willis’s family announced he would give up his acting career due to aphasia. It came as one of Willis’s daughters with former wife Demi Moore also made her own social media post in support of her dad.

Aphasia can affect a person’s ability to communicate and cognitive skills, including to speak and write. It can occur after strokes or head injuries but can also arise over time due to brain tumours or degenerative diseases, according to the Mayo Clinic.

Willis’s family said his cognitive abilities had already been impacted.

“This is a really challenging time for our family and we are so appreciative of your continued love, compassion and support,” the March 30 statement read.

“We are moving through this as a strong family unit, and wanted to bring his fans in because we know how much he means to you, as you do to him.”

On Wednesday, Rumer Willis – one of three daughters the actor shares with Moore – posted her own snap to Instagram.

“Out of practice but trying to play some tunes for my Daddio,” the 33-year-old actor and singer wrote.

Rumer Willis has two younger sisters – Scout, 30, and Tallulah, 28 – while Willis also has daughters Mabel, 10, and Evelyn, 8, with Heming.

The star rose to fame in the 1980s comedy-drama TV series Moonlighting before he became the tough guy, action hero who shouted “Yippee Ki Yay” in five Die Hard films. He has since appeared in about 100 movies across his four-decade career, winning acclaim for roles in Pulp Fiction and The Sixth Sense.

He has won one Golden Globe Award and two Emmys.

Alan Kohler: A recession we don’t have to have is coming, and it will be the RBA’s fault
Kate Moss contradicts Amber Heard evidence about Johnny Depp stair push
Today's Stories