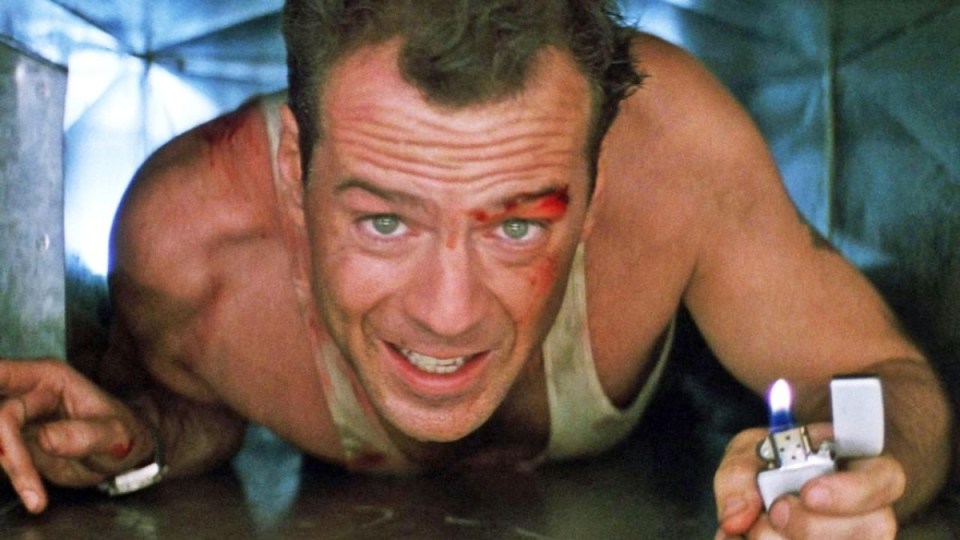 Bruce Willis was a master of the pithy one-liner, now compromised by aphasia.

We don’t know yet how veteran Hollywood actor Bruce Willis, master of the pithy one-liner while under fire, has lost the ability to communicate.

In an Instagram post signed by his current wife Emma Heming Willis, ex-wife Demi Moore and his children Rumer, Scout, Tallulah, Mabel and Evelyn on March 30, his family wrote Willis had been “experiencing some health issues and has recently been diagnosed with aphasia, which is impacting his cognitive abilities”.

“As a result of this and with much consideration Bruce is stepping away from the career that has meant so much to him.”

At age 67, the condition he’s been diagnosed with works in different ways.

According to the Mayo Clinic, it may affect some or all of the following: His ability to speak, write and understand language, both verbal and written.

Whatever the damage, the main treatment for aphasia is speech and language therapy.

Chief investigator in the Aphasia Centre of Research Excellence at the Florey Institute of Neuroscience and Mental Health, Professor Julie Bernhardt, told The New Daily about 140,000 Australians live with aphasia.

‘‘Importantly, aphasia itself does not impact a person’s intelligence – people with aphasia know what they want to say and can make decisions for themselves,’’ Professor Bernhardt said.

‘‘But, they may need support to communicate effectively.’’

This means Willis (Die Hard franchise, The Sixth Sense, Pulp Fiction) will have to relearn and practise language skills.

As it goes with this disease, he’ll most likely need to learn new ways to communicate.

Family members often play a key role in this process.

Some people with aphasia do recover completely without treatment.

But for most people, some amount of aphasia typically remains.

The main cause of sudden-onset aphasia is a stroke or head injury.

In fact, aphasia is one symptom of stroke.

“It is not always degenerative and can have a sudden onset, for example, with stroke or traumatic brain injury.

“Depending on the cause, some types of aphasia improve over time while others worsen.”

When Alzheimer’s patients progress to babbling, this is aphasia.

The patient tends to know what they’re trying to say, but it comes out in a meaningless stream.

The extent of damage to the brain will determine the extent of the severity of aphasia and what abilities are lost.

Temporary episodes of aphasia can occur because of migraines, seizures or a transient ischemic attack, when blood flow is momentarily blocked to the brain.

What are the symptoms?

The Mayo Clinic advises that a person with aphasia may:

What are the patterns of aphasia?

Expressive aphasia is also known as Broca’s or non-fluent aphasia.

Patients may understand what other people are saying, but will struggle to get words out in reply and become frustrated.

These patients may have right-sided paralysis or weakness.

Comprehensive aphasia is also known as fluent or Wernicke’s aphasia.

They may speak easily and fluently in long, complex sentences but they won’t make sense or they’ll include unrecognisable, incorrect or unnecessary words.

It’s an especially tough one because patients often don’t realise that others can’t understand them.

Global aphasia is a severe disease caused by extensive brain damage in the areas responsible for language.

Patients have poor comprehension and difficulty forming words and sentences.

How can Willis’ family help him?

According to Johns Hopkins Medicine, families should:

‘Grace and guts’: Hollywood embraces Willis as he prepares for the fight of his life

After the Willis family posted the statement to their respective Instagram accounts, among the first messages of support from the Hollywood community came from veteran Halloween actor Jamie Lee Curtis.

Their Instagram posts went on to say that it “is a really challenging time” for them all, “and we are so appreciative of your continued love, compassion and support”.

Curtis commented on Moore’s post: “Grace and guts! Love to you all.”

Randall Emmett, who directed Willis in last year’s Midnight in the Switchgrass, told People he’s worked on more than 20 films with the star – Willis has starred in more than 100 films.

“He is a terrific actor and legendary action star, an incredible father and a close friend,” Emmett said.

“I fully support Bruce and his family during this challenging time and admire him for his courage in battling this incredibly difficult medical condition.

“Bruce will always be a part of our family.”

Willis made his name out in Hollywood back in 1985 with a heartwarming TV series called Moonlighting, starring Cybill Shepherd.

Before long, his genius shone through playing NYPD John McClane in the first of the Die Hard franchise movies.

He leapt onto the screen battling terrorists and genuine bad guys, but his one-line quips such as “Yippee-ki-yay, motherf—–” in the 1988 Die Hard movie (which is still borrowed in scripts to this day), immortalised his place in the fast-paced action thriller genre.

His endurance in the world of movie making has continued for the past 40 years, delivering us gems such as The Sixth Sense, Pulp Fiction, The Last Boy Scout and The Fifth Element.

His body of work continued with The Expendables and Red.

Last year alone, he appeared in eight films, and American Siege, Gasoline Alley and A Day To Die have already been released this year.

And it’s only March.

Confirming he’s the hardest-working actor in the business, we will get to see more of him over the next few years, wrapping another eight films set for release this year and into 2023.

Family Guy‘s Seth Green said what everyone in the entertainment world is thinking right now: “I have so much love for Bruce Willis, and am grateful for every character he’s given us.”