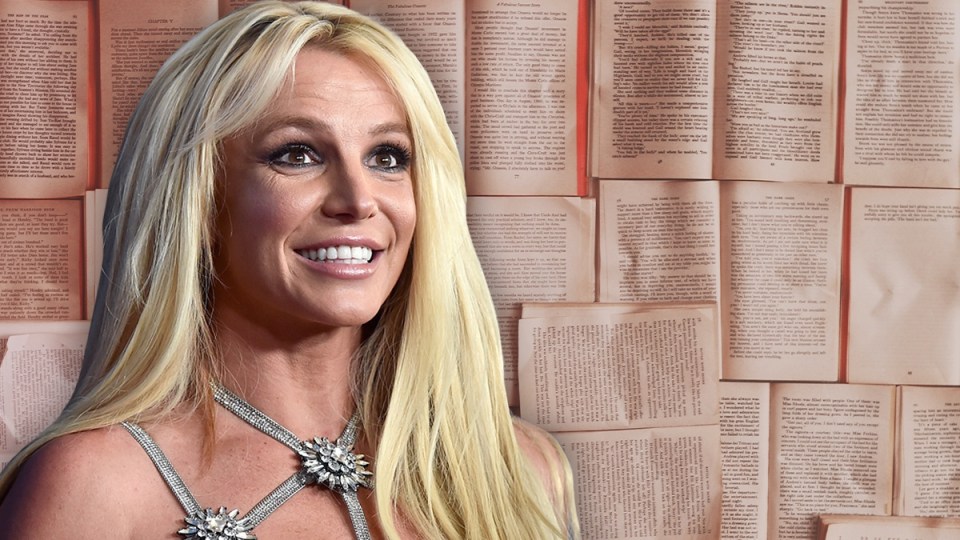 In news that will make her fans sing Gimme, gimme more, Britney Spears has confirmed she is writing a memoir.

The reason why the post was taken down remains a mystery, but perhaps her publishers didn’t want her to talk about the book just yet.

“Well I’m writing a book at the moment and it’s actually healing and therapeutic,” Britney wrote, as per a screenshot captured by Pop Crave.

“It’s also hard bringing up past events in my life … I’ve never been able to express openly !!!”

Britney did not mention a release date for her memoir, or a publishing house.

Word on the grapevine is Simon & Schuster scooped up the rights to Britney’s story, which cost it a tidy $US15 million ($19 million).

That’s according to the gossipmongers at Page Six, so there’s no official word just yet.

If true, the deal is one of the biggest non-fiction signings of recent times.

That said, it doesn’t come close to Barack and Michelle Obama’s book deal with Penguin Random House, reportedly worth an eye-watering $US65 million ($85 million).

“I can only imagine that I do sound childish but I was extremely young when these events took place,” Britney wrote, presumably about her conservatorship.

“And addressing it now … I’m sure it seems irrelevant to most and I’m completely aware of that !!!”

It has been a rollercoaster year for the pop princess, whose controversial conservatorship came to an end in November.

Earlier that year, The New York Times released the documentary Framing Britney Spears, which traced the singer’s meteoric rise to stardom, her treatment at the hands of the media, her public mental health episode in 2007 and the subsequent conservatorship in 2008.

The film reignited public support for the #FreeBritney movement, which demanded an end to the conservatorship.

During a court appearance in her battle for freedom, Britney famously sounded off to a Los Angeles judge about living 13 years under someone else’s control.

In her 24-minute statement, Britney spoke of wanting to get married and have more children, but claimed she wasn’t allowed to.

“I have a [IUD] inside of myself right now so I don’t get pregnant. I wanted to take the [IUD] out so I could start trying to have another baby. But this so-called team won’t let me go to the doctor to take it out because they don’t want me to have children – any more children,” Britney said in June.

As her conservatorship neared its end, Britney announced her engagement to her long-time boyfriend Sam Asghari.

The book confirmation comes three months after Jamie Lynn Spears released her memoir, Things I Should Have Said, which promptly triggered a very public feud with her sister.

Although the memoir was pitched as Jamie Lynn’s story as an actor and young mother, Britney’s conservatorship featured prominently in its promotion.

In fact, Jamie Lynn sat down with Good Morning America to speak about being her sister’s “biggest supporter”, while also describing her behaviour as “erratic”, “paranoid” and “spiralling”.

Britney held no punches in her many responses to the interview.

“My sister said how my behaviour was out of control. She was never around me much 15 years ago at that time,” wrote Britney, who is 10 years older than her sister, on Twitter.

“So why are they even talking about that unless she wants to sell a book at my expense??? REALLY???”

To Britney, Jamie Lynn was “scum”.

The singer has made it very clear how she feels about her family.

During her 24-minute statement last year, Britney expressed her desire to sue her family for the pain they have caused her.

One can only imagine what Britney will write in her memoir.