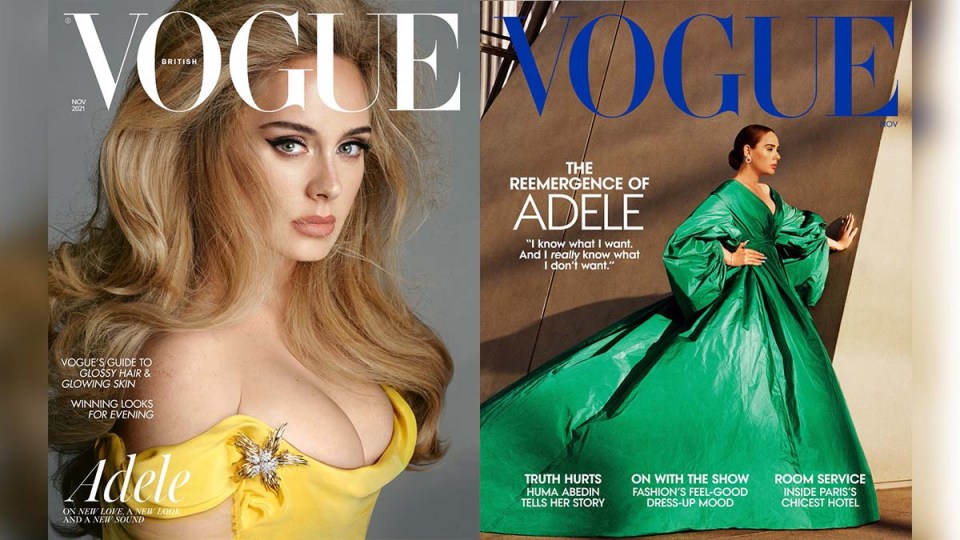 Adele has made the November cover for both Vogue and British Vogue. Photo: Twitter/@Adele

Adele has made history, becoming the first person to appear on the cover of both British and American Vogue on the same day.

In both November editions, the British singer opened up about her mental and physical health, as well as her relationships.

She gave details about her 2019 divorce and how difficult it had been to explain to her young son, Angelo.

“It made him really unhappy sometimes,” Adele said.

“My anxiety was so terrible, I’d forget what I had or hadn’t said to Angelo about separating.”

She was also “embarrassed” that her marriage to Simon Konecki had failed, she shared.

After seven years together she was burdened by the expectation to make it work.

“We’ve been trained as women to keep trying – told to suck it up”, she said.

The singer recently announced her first new music in half a decade, to the delight of her global fanbase.

A 20-second teaser for single Easy On Me posted on Tuesday garnered more than 16 million views on Twitter.

The whole song has been promised for October 15.

The 33-year-old told Vogue she hoped the new songs would offer Angelo answers she had not been able to give him.

“I just felt like I wanted to explain to him, through this record, when he’s in his twenties or thirties, who I am and why I voluntarily chose to dismantle his entire life in the pursuit of my own happiness,” she said.

‘I did it for myself’: Adele

The Grammy winning artist also spoke about the media obsession with her weight loss after she dropped 45 kilograms.

She revealed the reason she had not publicly documented the changes.

“I did it for myself and not anyone else,” she told British Vogue.

A very polite version of: It was nobody’s business.

The physical transformation was an inadvertent result of efforts to protect her mental health.

As reported by The New Daily in 2020, it wasn’t about her size or body shape – a stance Adele has since confirmed to Vogue.

Instead, she was fighting anxiety with exercise.

“I realised that when I was working out, I didn’t have any anxiety,” she told Vogue.

“It was never about losing weight, it was always about becoming strong and giving myself as much time every day without my phone.”

It became an addiction and she continues to work out at least twice a day.

Shot by photographer Alasdair Mclellan for the US edition, the singer wore a trailing Valentino Haute Couture gown in green, a sleek low bun and Cartier earrings.

Captured by Steven Meisel for British Vogue, she wore canary yellow with a plunging neckline, a gold broach and her signature cat eye.

New legislation in the works to protect gig economy workers after historic Uber deal
‘I will not be a stranger’: Kylie Minogue stunned by reaction to leaving Britain
Today's Stories