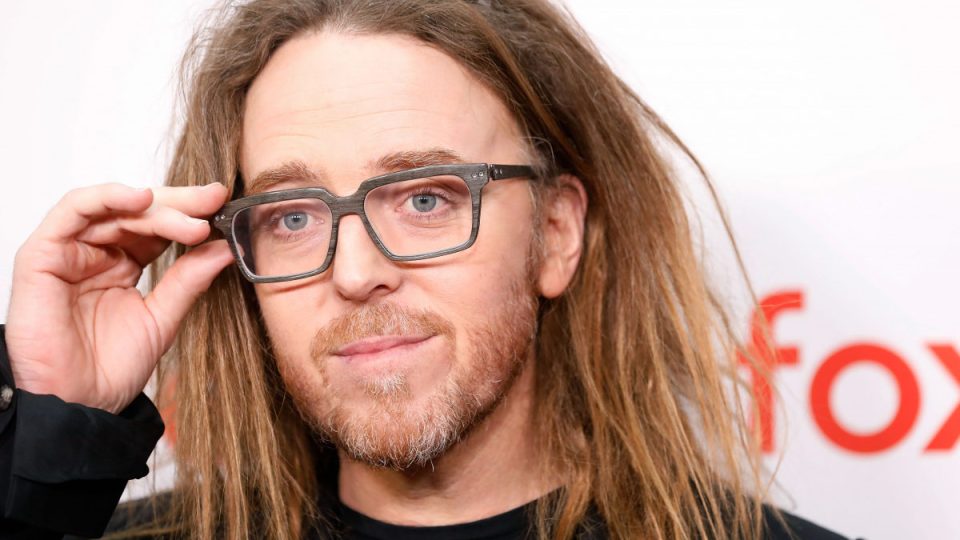 On this day, October 7, 1975 comedian and singer-songwriter Tim Minchin was born in Northampton, England to Australian parents.

The Perth-raised comic – celebrating his 44th birthday today – is one of the nation’s most beloved, provocative and internationally acclaimed entertainers.

A young Minchin originally harboured dreams of becoming a rock star, but his career only took off after he combined his music with comedy.

“He’d always dreamt of being a star, but he learned piano instead of guitar. Which in the 90s, didn’t get you very far,” Minchin sings on autobiographical comedy dirge Rock and Roll Nerd.

In addition to his celebrated comedy career, Minchin has also enjoyed success on Broadway, writing the music and lyrics for Matilda the Musical, the stage adaption of Roald Dahl’s iconic 1988 children’s book Matilda.

The critically lauded musical premiered on London’s West End in 2011 and Broadway in 2013. It won a record-breaking seven of Britain’s most prestigious theatre honours, the Olivier Awards.

In 2013, Minchin was awarded an honorary Doctor of Letters degree by the University of Western Australia in recognition of his outstanding achievements as a comedian, composer, lyricist and actor.

The speech has since garnered nearly four million views on YouTube.

Never one to shy away from controversial topics, in 2016, Minchin released a darkly comedic piano ballad titled Come Home (Cardinal Pell), calling upon the then-Vatican treasurer and former Archbishop of Sydney George Pell to return to Australia to face child sexual abuse allegations.

The song has now been viewed more than three million times on YouTube.

Pell was convicted in 2019 for sexually abusing two choirboys in Melbourne in the 1990s. He was released from prison on April 7, 2020 after the High Court quashed his five convictions for child sexual abuse.

In 2019, Minchin returned to touring his musical comedy after a seven-year hiatus.

The famously foul-mouthed comic called his international tour BACK, billing the show as “old songs, new songs, f–k you songs”.