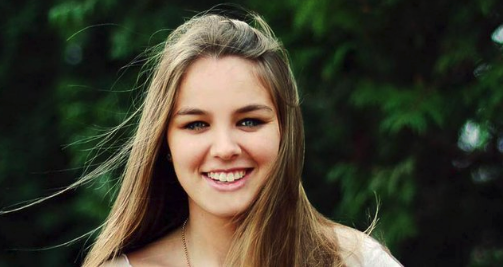 Almost two months after Saoirse Kennedy Hill was found unresponsive of a suspected drug overdose at her famous family’s Cape Cod estate, her official cause of death is still a mystery.

Authorities say the delay in providing an exact cause and manner of death for Ms Kennedy Hill is because results of a toxicology report are still pending.

An initial autopsy report showed no signs of trauma to Ms Kennedy Hill’s body, according to reports.

A spokesperson for the local Office of the Chief Medical Examiner said Kennedy Hill’s death is an “active and open criminal investigation” with the Cape and Islands District Attorney’s Office.

The 22-year-old – the granddaughter of the late Robert F Kennedy – was found dead at grandmother Ethel Kennedy’s Hyannis Port home on August 1 after a long night of partying.

She had been celebrating the completion of a long university assignment, her uncle Robert F Kennedy later said.

We’ve lost our daughter and our children, their sister. Saoirse was fierce, both in her love for her family and yearning for justice. A fearless adventurer, she inspired curiosity and daring in her friends. But her greatest gift was to find humor in everything and to give us all the gift of her laughter – and our own. The gaping hole that she leaves in our family is a wound too large to ever heal. 1) Saoirse at our Cape House. 2) Leaping from jetty with cousin Michaela. 3) Cheryl moves Saoirse into Boston College dorm. 4) On stage with Kenny Chesney at Foxborough with Courtney, Noah, and Kenny in mid leap. 5) with her cousins on Glide. 6) relaxing with cousin Noah on boom. 7) New Years Day On summit of Ajax with cousins. 8) A luminous, beautiful soul. 9) with Cheryl at Cape. 10) Swinging on halyard into Nantucket Sound.

“The case is still open to the extent that the chief medical examiner’s office has not made a final determination until the toxicology is available,” a spokeswoman for the local prosecutor’s office said.

A medical examiner’s spokesman says the office is “actively working” to determine that.

A 90-day deadline for 90 per cent of autopsies and toxicology screenings is reportedly set in guidelines from the US National Association of Medical Examiners.

The delay is part of the ongoing mystery shrouding Ms Kennedy Hill’s death since first reports of a possible overdose were made to emergency services around 2.30pm on August 1.

She was weeks away from going back to Boston College where she studied communications, and her uncle Robert F Kennedy Jr said in his eulogy that Saoirse’s last night on earth was typical of her “characteristic exuberance.”

1) Saoirse’s father Paul Hill served 15 years in British prisons after UK Police tortured him into confessing to an IRA bombing that he did not commit. The Daniel Day Lewis film, “In the Name of the Father” chronicles his story. In 1993,four years after his release, Paul married my sister Courtney, a human rights activist. Saoirse, whose name is Gaelic for “freedom” was passionate about justice and her Irish heritage. 2) St. Patrick’s Day with Seersh. 3) Diving for Quahogs with her cousins. 4) parachuting. 5) yoga on the deck. 6) surfing Hawaii. 7) underwater 8) Saoirse with seaweed hairdo. She considered herself a citizen of USA, Ireland, and the Ocean. 9) at RFK Human Rights event. 10) Saoirse on Glide’s bow.

After spending a week writing a 25-page assignment in her uncle’s garage, she had dinner with her grandmother and watched the 2020 Democratic presidential debate.

“She was immensely proud” of her work, and “announced that she would spend the remainder of the evening in an all-night celebration of that feat,” Mr Kennedy said in his eulogy.

Around 10.30pm, Ms Kennedy Hill headed to a karaoke bar then a drag bar. At home around 2am, she and her friend Sinead Donnelly “sang and danced” before taking a tour of the compound on a golf cart.

It was initially reported Ms Kennedy Hill then had a dawn ocean swim alone, although subsequent reports say Ms Donnelly was with her before they went to bed just after 5.30am.

Mr Kennedy said his niece had a “perfect night” and was already thinking about dinner plans she had for that night in Los Angeles.

But “Saoirse woke up with God,” he eulogised.

Friends and family recalled her as an adventurous activist with a generous spirit but she had also spoken openly about mental health problems that included treatment for depression.

In high school she attempted suicide, she said, that led to time away from the exclusive Deerfield Academy in Massachusetts.

In 2016, Ms Kennedy Hill wrote a personal essay for her school newspaper.

“People talk about cancer freely; why is it so difficult to discuss the effects of depression, [bipolar], anxiety, or schizophrenic disorders?” she wrote.

“Just because the illness may not be outwardly visible doesn’t mean the person suffering from it isn’t struggling.”

“She seemed happy,” Mr Stone told People, but “I knew she had her demons. She struggled with those for a while.”

Still, “She tried to have a super positive attitude about the challenges she was facing and tried not to let them rule her.”