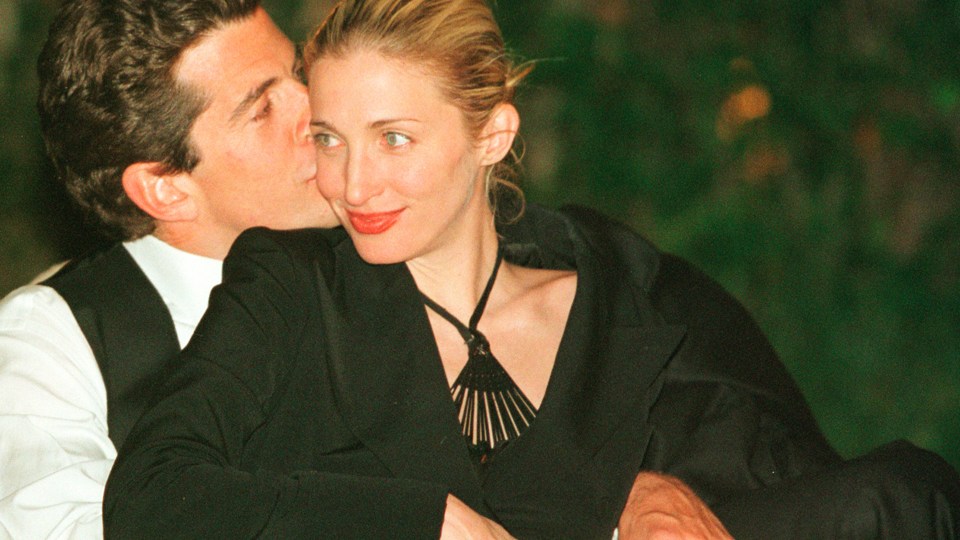 On the last evening of her life, Saoirse Kennedy Hill, the 22-year-old granddaughter of the late Robert F. Kennedy, headed out with friends to sing karaoke at a local bar.

Saoirse, who earlier in the night ate dinner with matriarch Ethel Kennedy, 91, at the family’s sprawling Hyannis Port estate, returned to the famed Massachusetts compound in the early hours of August 1.

Wanting to see the sun rise, she went for a swim alone in the nearby Atlantic Ocean before slipping into bed at 6.30am.

Although a toxicology report and official cause of death are pending, multiple outlets report the Boston University student died of an apparent drug overdose.

She had written about her battle with depression in her high school newspaper.

“If anybody ever wondered whether God loves the Kennedys the proof is that he gave us Saoirse, this brilliant beam of light and laughter,” RFK Jr said in his eulogy.

For all their blessings of with privilege, power and glamour, the Kennedys have faced an extraordinary catalogue of calamity, controversy and misfortune dating back decades.

Serving with the US Navy in World War II, the eldest brother of John F. Kennedy and Robert F. Kennedy was 29 when he died in a plane crash in August 1944 while flying off the coast of Normandy, France. He received many posthumous awards, including the Air and Navy Cross for heroism.

He was killed by a sniper during World War II four months after their wedding and two years later, Kick, 28, and her married lover the 8th Earl Fitzwilliam died in a 1948 plane crash en route to Paris.

On November 22, 1963, the 35th US President, 46, was assassinated by gunman Lee Harvey Oswald as he rode in an open convertible through Dallas, Texas with wife Jacqueline. He was killed just months after the death of his two-day-old son Patrick.

Five years after JFK’s death, his younger brother, 42, was gunned down by 24-year-old Sirhan Sirhan on June 5, 1968 at the Los Angeles Ambassador hotel after winning California’s presidential primary. He left behind 11 children, including Saoirse’s mother Courtney Kennedy Hill.

The former president’s son was 38 when he crashed the light plane he was piloting into the Atlantic Ocean off Martha’s Vineyard on his way to cousin Rory’s wedding. His publicist wife Carolyn Bessette, 33, and her sister Lauren, 34, were also aboard.

The nephew of Robert F. Kennedy’s widow Ethel was 15-year-old Martha Moxley’s neighbour when she was brutally murdered with a golf club in upscale Greenwich, Connecticut in 1975. In 2002, Skakel, then 39, was convicted of her murder. In 2013, his conviction was overturned by the Connecticut Supreme court after he had spent 11 years in prison.

The mother of four children aged 10 to 17 and second wife of Robert Kennedy Jr struggled with depression and was 52 when she committed suicide in 2012 amid her deteriorating marriage. “She was the most perfect human being I ever met,” Robert said in his eulogy. “She had these demons, and she didn’t deserve it.”

The fourth of Ethel and Robert F. Kennedy’s 11 children struggled with alcohol and drug addiction until he was found dead in 1984 at a Palm Beach hotel.

The sixth son of Ethel and Robert F. Kennedy was killed in a skiing accident during a family outing in Aspen, Colorado in 1998. A year before his death, the 39-year-old had admitted to an affair with his teenage babysitter and made a public apology.

The senator from Massachusetts died at the age of 77 after battling brain cancer in 2009. July 18 marked the 50th anniversary of when the then senator drove off a bridge on Chappaquiddick Island in Martha’s Vineyard, killing his 28-year-old passenger, Mary Jo Kopechne. On July 25, 1969 he pleaded guilty to leaving the scene of an accident. His sentence was suspended and during a prepared televised speech he publicly wondered whether “some awful curse actually did hang over all the Kennedys”.

The Kennedy curse, from the president and his brother and son to Saoirse