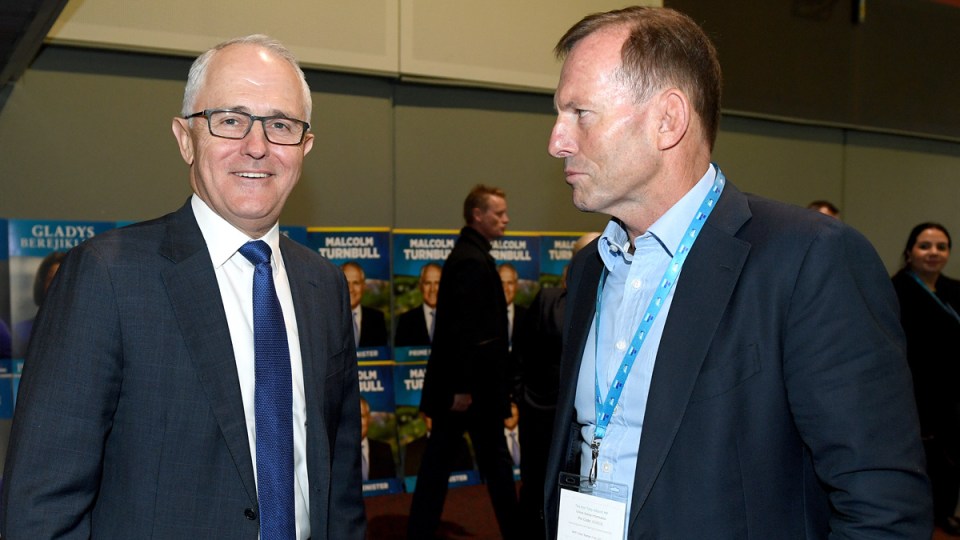 Tony Abbott has launched an impassioned defence of his former chief of staff, Peta Credlin, after Malcolm Turnbull accused the pair of sharing a bizarre dynamic.

The long-held bad blood between the two former Liberal prime ministers has boiled over again after the release of Mr Turnbull’s memoir, A Bigger Picture.

In an interview to promote his book, Mr Turnbull said Ms Credlin had been “running the country” during the Abbott government.

“It was as though she felt, ‘I’ve created you, you’re my creation’, and she felt she owned him. It was a bizarre – a truly bizarre – relationship,” he told the ABC’s 7.30 on Monday night.

On Tuesday, Mr Abbott said Ms Credlin was an extraordinarily capable person and an important part of his government.

“I am aware of some pretty odious comments that one of my successors made,” he said.

“She was a fine thinker, a great organiser, and she was a trusted colleague. I think she deserves a great deal of credit for what she did.”

“There is a lot I could say in relation to Mr Turnbull’s conduct in politics,” she told The Australian.

“However, while I find the man absolutely lacking in character and his highly personal attacks to be unedifying, I respect the office he once held, and the great party he once led, [too much] to add further to his commentary,”

On Tuesday, Senator Cormann denied that.

“I absolutely trust him. I’ve had a very strong, positive and productive relationship with Scott Morrison for a very long time,” he told ABC Radio National.

Mr Turnbull also accused Senator Cormann of telling him to “give in to the terrorists” at the height of the leadership turmoil.

“Malcolm has presented his version of history. It differs substantially from my clear recollection of events,” he said.

It didn’t take long for Mr Turnbull to fire back.

Mr Turnbull said he overthrew Mr Abbott as Liberal leader in 2015 because the then prime minister was running a bad government.

Mr Turnbull said his predecessor ramped up rhetoric against Muslims when terrorism was the nation’s biggest domestic security issue.

“That made Australia less safe. It was profoundly dangerous,” he said.

After snatching the top job from Mr Abbott in 2015, Mr Turnbull was knifed in 2018, paving the way for Mr Morrison to become prime minister.

Mr Turnbull believes right-wing Liberals and their allies in Rupert Murdoch-owned media sought to end his leadership because they couldn’t control him.

“The one thing those plutocrats knew, the billionaire media proprietor knew, is that I did not belong to them,” he said.

Mr Turnbull also revealed entering a deep depression in 2009 after losing the leadership when in opposition.

“I felt these thoughts of death, of self-destruction, coming into my mind unbidden and unwanted,” he said.

If you are concerned about your or a loved one’s mental health, contact Lifeline on 13 11 14