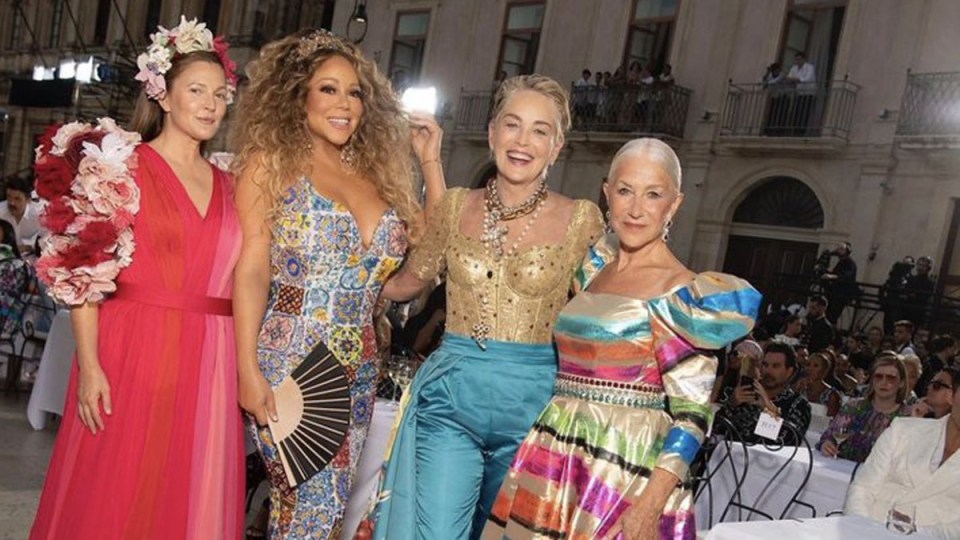 Australian actor Nicole Kidman delivered an Oscar-winning performance like no other during Europe’s biggest fashion week, with her first couture appearance on a Paris catwalk.

Gathered backstage before the big reveal, Kidman said she’d catch anyone who fell and fans called it a case of “women supporting women”.

She called out sexist backlash on Sunday on her Instagram after critics pointed out one could see her breasts showing through the gossamer fabric of her gown.

“I knew when I wore that incredible Valentino dress that there was no way there wouldn’t be a commentary on it. Whether it be negative or positive, we all knew what we were doing,” she said.

“What’s been interesting to watch and witness is just how easy it is for men to totally destroy a woman’s body, publicly, proudly, for everyone to see.

“It isn’t the first time and certainly won’t be the last time a woman will hear what’s wrong with her body by a crowd of strangers; what’s worrying is just how vulgar some of you men can be.

“I’ve lived in my body for a long time. I’m fully aware of my breast size and am not scared of it.”

Sirens of the stage and screen

Meanwhile, in Sicily, a certain quartet of legends of the stage and screen heated up the Piazza Duomo of Siracusa on Ortigia for the 10th anniversary of the designers Dolce & Gabbana’s Syracuse Alta Moda 2022.

The stars aligned as US actor and TV talk show darling Drew Barrymore, 47, singer Mariah Carey, 53, Basic Instinct‘s Sharon Stone, 64, and UK legend of the screen Helen Mirren, 76 – whose biopic Golda, in which she portrays former Israeli prime minister Golda Meir, is in post-production – spoke about the historic Sicilian show.

Stone, who has two movies coming out (Beauty, What About Love) and has a recurring role in TV series The Flight Attendant, took on reporting duties and posted incredible footage inside a cave, complete with toga-wearing Roman guards holding spears.

“Entering a party that’s inside a cave … is new to me,” she said.

“I’ve never seen anything like this before, and this one has five pianos that I’ve counted so far, so clearly something fabulous is going to happen.”

Carey, wearing a fitted mosaic-style mermaid gown with matching tiara, shared a stack of clips on her Instagram, including her grand entrance with Domenico Dolce and Stefano Gabbana.

Barrymore posed for Vogue on the street while she spoke perfect Italian and said “Ciao Italia” as she sat kerbside after one of the many piazza parades.

Kardashian matriarch Kris Jenner also turned up for some Sicily time, as did Thor: Love and Thunder villain Christian Bale and his family.

Casey Affleck (whose film Oppenheimer is in post-production and should hit cinemas next year), the niece of the late Diana, Princess of Wales, Kitty Spencer, model and TV host Heidi Klum, and Scream Queens American actor Emma Roberts also made appearances on the steps of historic Siracusa monuments and buildings.