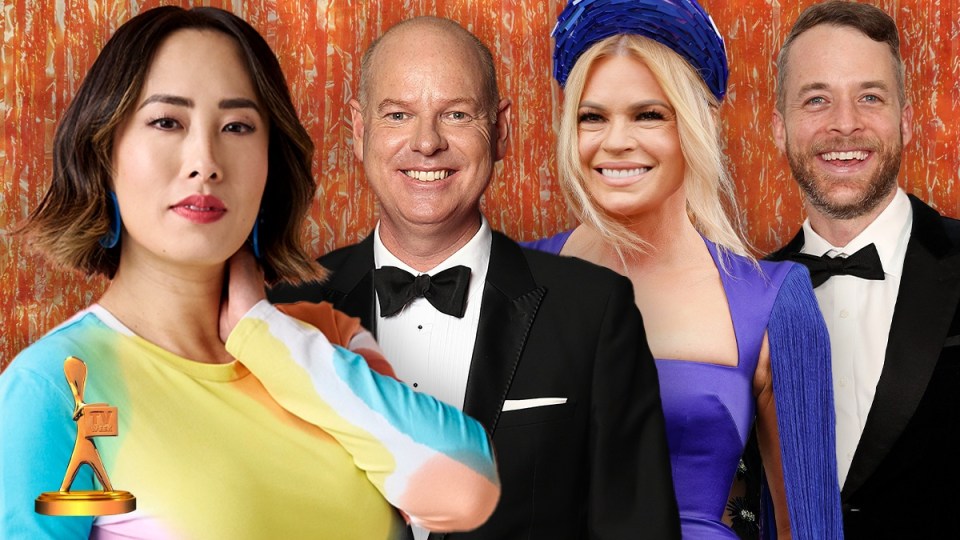 MasterChef host Melissa Yeong is among seven TV personalities up for a Gold Logie. Photo: TND

As the stars of Australian television begin final preparations for the biggest awards show in the country, there’s one Gold Logie nominee who will be feeling the love in the room.

Ten’s MasterChef judge Melissa Leong, 40, a first-generation Singaporean-Australian and one of seven high-profile celebrities nominated, may well become the first woman of colour to win the most popular personality at the 62nd TV Week Logies Awards on Sunday night.

The New Daily caught up with Leong before the big night at the Gold Coast Convention and Exhibition Centre and asked why the nomination resonated with her.

“Isn’t it insane that only one person of colour has ever won this award? We are a nation made up of ancient and migrant heritage – we all contribute to this amazing country, I find it so hard to believe that this is our reality in 2022,” Leong asked.

“It is obviously a distinct honour to be nominated, and may I be just one of many in the coming years.”

On being told she was up for two big awards (and another two for the show), she admits she felt emotional as the news came off the back of a few long months filming MasterChef: Fans & Faves.

She took to Instagram and wrote: “Ten-year-old Mel would never have dreamed a weird, late bloomer outcast migrant kid like me would be nominated for a bloody GOLD LOGIE.”

Earlier in the week, Leong told TV Week her nomination was “a massive symbol to people who haven’t seen themselves in the media before – regardless of whether or not they look or sound like me – to be reminded that anything is possible”.

“Had it been someone else, I’d be applauding the loudest, because we need this as a nation.”

Leong’s TV career started with Netflix’ The Chefs Line in 2016, then SBS show A Chef’s Line in 2017, spring-boarding the cookbook, food writer and radio host into a revamped MasterChef Australia alongside Jock Zonfrillo and Andy Allen in 2020.

She’s worked with Marco Pierre White, Adriano Zumbo, Colin Fassnidge and Dan Hong and even lived on an abattoir in rural Tasmania to gain a better understanding of the primary food industry.

She admits she’s humbled to share the nominations – and the night – with Karl Stefanovic, Tom Gleeson, Ray Meagher, Julia Morris, Sonia Kruger and Hamish Blake (Leong has also been nominated for a Silver Logie for Most Popular Presenter).

“How could I not take in the largesse of being in a group with people who have worked so hard for so many years and who have brought joy, information and comfort to Australian audiences with skill and wit?

“I could never have imagined I would be mentioned in the same breath as them, so this is all pretty cool, no?

“I’m definitely looking forward to the after-party, when we can let our hair down, remove the Spanx and just acknowledge a strong year of television,” she says.

The Project host Lisa Wilkinson said Leong is “a beautiful presence on our screens and in our lives”.

MasterChef Singapore judge Audra Morrice wrote: “You, my dear, represent diversity in so many ways … And to have the power of character to be authentic and wear your heart on your sleeve, I take my hat off to you, beautiful!”

With no ceremonies in 2020 or last year, reigning Gold Logie winner Gleeson may have to hand the title on, with voting going right up until the end of the red carpet arrivals on Sunday afternoon.

The Star Gold Coast Entertainment Resort precinct has been busy in recent days, with local website mygc.com.au revealing a “star-studded list of pre-party entertainment and experiences for Gold Coasters”.

There’s even a ‘Silver Screen Sparkler’ cocktail prepared specifically for this year’s event at local bars, and a Logies Live outdoor site has been set up for fans to “mingle with TV stars”.

Talent from MAFS, Travel Guides and The Block, and music from The Rogue Traders will get TV fans in the mood before the live telecast on a big screen from 7pm.

TV Blackbox reports radio and television personality Tony Martin is back as the voice of the Logies.

There’s no single host – instead, a cast of almost 40 stars will present, including Mel B, Leigh Sales, Waleed Aly, Tony Armstrong and Leah Purcell while stage performances will come from Britain’s Got Talent winner Calum Scott, Jimmy Barnes, Jess Mauboy and Tim Minchin.

“I think as Australians, we like to joke about the Logies in comparison to the critical importance we place on something like an Oscars or Emmys,” says Leong.

“But they are ours, and they are there to celebrate the best of Australian entertainment, and for that we should always be proud. It is in our culture to take the piss a little though, so I’m trying to take a balanced approach to enjoying the process of pre-Logies mania.”

And the acceptance speech if she wins?

“The Asian in me wants to be prepared for anything, but also, it is hard to admit to wanting it or thinking it’s going to be me. So we’ll see.”