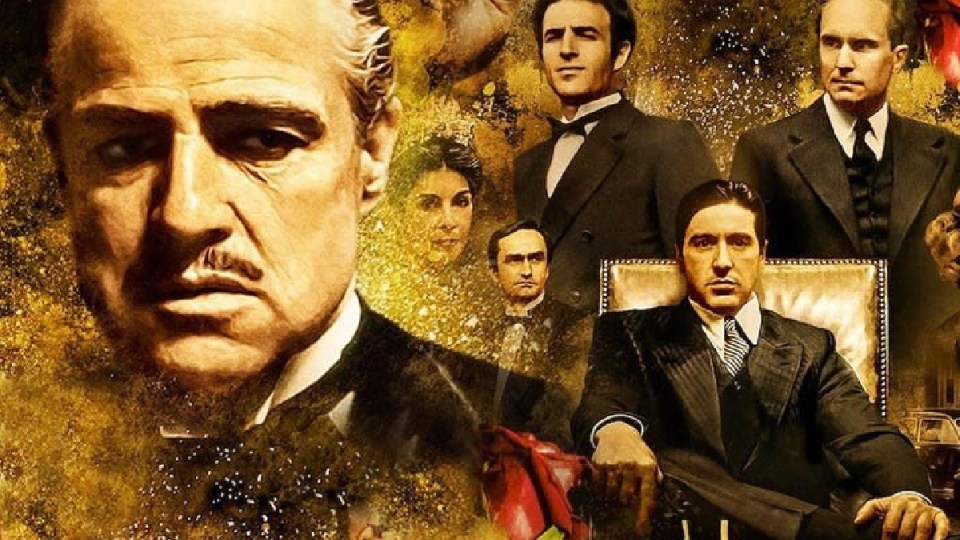 In a milestone celebration to mark the 50th anniversary of the film that changed Hollywood forever, the stars of The Godfather gathered and remembered exactly how they made history.

On February 22, the party at Paramount Studios in Los Angeles included a dedication of Francis Ford Coppola Avenue on the studio lot, a special screening, and a red-carpet event, where 82-year-old Coppola told The Hollywood Reporter how proud he was of his “epic trilogy”.

“I am very proud of The Godfather, which certainly defined the first third of my creative life,” Coppola said.

“With this 50th anniversary tribute, I’m especially proud [writer] Mario Puzo’s The Godfather, Coda: The Death of Michael Corleone [the last film in the trilogy after The Godfather II] is included, as it captures Mario and my original vision in definitively concluding our epic trilogy.”

Released in 1972 amid the Watergate and Vietnam War era in America, the film, described as Hollywood’s “first genuine blockbuster”, went on to receive 10 Academy Award nominations, winning three including best picture that year.

It was the first in the trilogy that chronicles the rise and fall of the fictionalised Corleone family under the patriarch Vito Corleone (a character inspired by a few real-life mobsters), played by Marlon Brando, and the transformation of his youngest son, Al Pacino’s Michael, from reluctant family outsider to ruthless Mafia boss.

To mark the anniversary, Paramount restored all three films in the trilogy, under the direction of Coppola, including 1000 hours of colour correction.

Andrea Kalas, senior vice president at Paramount Archives, put it in perspective: “We were able to witness first hand how the brilliant cinematography, score, production design, costume design, editing, performances, and, of course, screenwriting and direction became famously more than the sum of their parts.”

“It was our commitment to honour all of the filmmakers’ exceptional work.”

The restored movie opened in 156 theatres across the US on February 25, blitzing box office receipts over new release titles, including Mark Walhberg’s Uncharted.

“It came in first in AMC Lincoln Square, one of the country’s busiest cinemas, as well as AMC Metreon in San Francisco and AMC Georgetown in Washington, DC,” THR reported.

The re-release also did well overseas, earning $1.4 million from a handful of markets including Australia.

“Most people have seen The Godfather, but not in the theatre.”

‘By Italians about Italians’

In an interview with Smithsonian magazine, author of The Godfather Effect Tom Santopietro pointed out Puzo made up the term “godfather” about the mob.

“The vast majority of Italians have come to accept and actually embrace the film because I think the genius of the film, besides the fact that it is so beautifully shot and edited, is that these are mobsters doing terrible things, but permeating all of it is the sense of family and the sense of love.

“The film changed Hollywood because it finally changed the way Italians were depicted on film. It made Italians seem like more fully realised people and not stereotypes.

“It was a film in Hollywood made by Italians about Italians.”

“All of a sudden, everyone was talking about Don Corleone and making jokes about, ‘I am going to make you an offer you can’t refuse’.

“I think it helped people see that in this depiction of Italian-Americans was a reflection of their own immigrant experience, whether they were Irish or Jews from Eastern Europe. They found that common ground.”

Millions of fans couldn’t wait for the next chapter.

The Godfather: Part II was released just two years later, in 1974, (back in Australian cinemas on Friday), which starred Robert de Niro and retraced the steps of a young Vito arriving in 1920s New York.

Associate Professor Bruce Isaacs, University of Sydney’s resident film expert in the Department of Arts History, breaks it down.

“The Godfather is what [New Yorker film critic] Pauline Kael called ‘the greatest film made in America’, and yet it was also perhaps the first genuine blockbuster.

“Critically and commercially, there’s never been anything to match it.

“The caché still holds for the big screen when it’s for a genuine historical phenomenon like The Godfather.

“What’s wonderful to see is that a retro screening can grab a new audience’s attention.”

Dr Isaacs says the gangster film is an old genre that was very much part of classical Hollywood and was both mainstream entertainment and major critical works.

But what The Godfather did was it “updated and complicated that old formula”.

“Whereas The Godfather as a gangster film is part of a genre history, it’s also stunningly original and innovative as a cinematic artwork.

“In my opinion, nothing in the superhero genre matches the achievement of that film, or, in fact, the gangster genre. Similarly, few biopics are as innovative or groundbreaking.

“The kinds of violent, family – but especially – patriarchal culture was exotic to mainstream American audiences in the early ’70s. I’m not sure that’s now the case, with that culture updated through Scorsese’s gangster films (Gangs of New York, The Departed) and The Sopranos.

“But perhaps we now recognise these tropes with a degree of nostalgia.”

Next month, the TV mini-series The Offer (Paramount+, April 28), keeps it alive with a biographical tale of how Coppola’s “greatest film of all time” was even made in the first place.

“I hope there is a space for violent gangster films, but the moment of the gangster genre as serious melodrama has perhaps passed.

“Is it the greatest film ever made? Hard to say, but it has to be in anyone’s top five, surely!”

Coppola certainly agrees, and plans on celebrating the milestone  “alongside the wonderful fans who’ve loved it for decades, younger generations who still find it relevant today … and those who will discover it for the first time.”

The Godfather: Why the iconic Mafia film is still a cinematic hit 50 years later