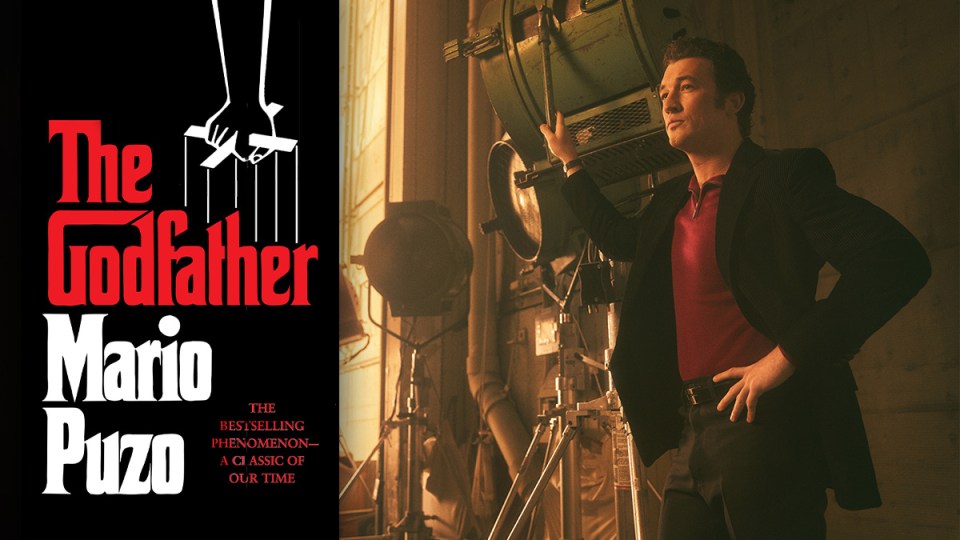 The new series traces the colourful journey of getting The Godfather to the big screen. Photo: TND

Fifty years after Francis Ford Coppola’s cinematic masterpiece The Godfather graced screens, Paramount+ released the trailer for its upcoming TV show about what happened behind the scenes.

The Offer is based on Oscar-winning producer Albert S. Ruddy’s extraordinary experience of making The Godfather.

The making of The Godfather

The series focuses on Ruddy as he spearheaded the film adaptation of Mario Puzo’s best-selling novel at Paramount Pictures.

According to Deadline, the show only covers the first film.

It was nominated for a whopping 11 Oscars in 1973 and won three, including best picture for Ruddy, best actor for Brando and best writing for Puzo and Coppola.

Right from the very start, making The Godfather was anything but smooth sailing.

Ruddy said “Nobody” wanted to make a gangster movie and Italian-Americans were “violently” against it.

“The only story I knew about the making of The Godfather was that Mario Puzo got into a fight with Frank Sinatra at Chasen’s [restaurant]. So I had five minutes of the show written and now I just needed nine hours and 55 minutes more to fill it in,” show creator Tolkin said upon the trailer’s release on Tuesday.

The aforementioned scene plays out in the premiere episode, in which Sinatra fan Puzo runs into the singer at the restaurant adored by Hollywood A-listers.

Things go swimmingly between the pair until one of Sinatra’s friends reveals Puzo wrote The Godfather.

Disgusted, Sinatra says the book is an insult to Italians.

Many people believe Sinatra was the sole inspiration behind The Godfather character Johnny Fontane, a singer who uses his mob ties to advance his career.

Sinatra vehemently denied he was connected to any mobster.

Miles Teller is ready to make you an offer you can’t refuse.

Grey’s Anatomy star Justin Chambers was cast in the recurring role of legendary actor Brando, with Patrick Gallo (The Irishman) as Puzo and Frank John Hughes (Band of Brothers) as Sinatra.

Teller replaced Armie Hammer (Call Me By Your Name) in the lead role after several women accused the actor of emotional abuse and sexual violence.

A tangle with the (real-life) Mafia

Crime boss Joe Colombo wasn’t pleased when he learned The Godfather was being turned into a film.

Mr Colombo famously created the Italian-American Civil Rights League in 1970, which he used to slam the FBI for violating his and his family’s civil rights by constantly pursuing them.

The FBI was very interested in his activities as the head of the Colombo crime family, one of the Five Families recognised as New York City’s most powerful Mafia.

Getting on the bad side of Mr Colombo wasn’t ideal, so Ruddy decided to meet him.

“The league was meeting at the Park Sheraton hotel, which is famous in New York because that’s where [the Murder, Inc., boss] Albert Anastasia was killed in the barber shop,” he told Vanity Fair in 2009.

Once there, Ruddy assured Mr Colombo The Godfather wouldn’t demean the Italian community in America.

“It’s an equal-opportunity organisation. We have a corrupt Irish cop, a corrupt Jewish producer. No one’s singling the Italians out for anything. You come to my office tomorrow and I’ll let you look at the script. You read it, and we’ll see if we can make a deal,” Ruddy recalled telling the crime boss.

After considering the script, he told Ruddy he wanted the word ‘Mafia’ erased.

Mr Colombo had long believed the words ‘Mafia’ or ‘Cosa Nostra’ (Sicilian Mafia) were a slander on all Italian-Americans.

And that’s just the tip of the iceberg of what happened behind the scenes of The Godfather.

The Offer premieres on April 28 on Paramount+