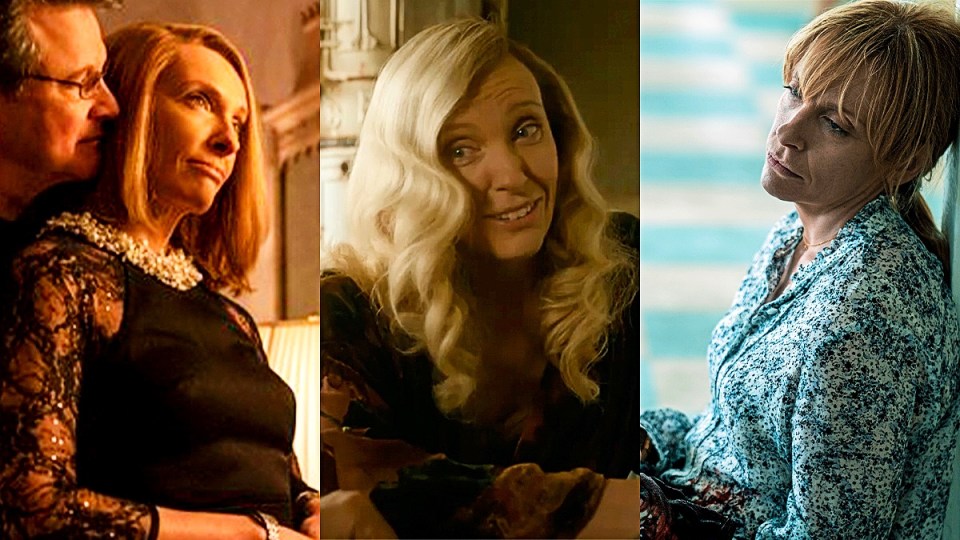 Toni Collette continues to play very different TV and film roles – a mystery mother, a clairvoyant and an ill-fated socialite.

In a 2020 interview, Australian actor Toni Collette was described as one of Hollywood’s “most reliable and versatile” stage and screen performers.

She was “limitless” in her ability to take on any role and own it.

“Few actors working today have such exacting control over their varied expressions, nor such a distinct capability to reflect every emotion under the sun.

“But Collette has long proven that in matters of performance, she can often do what others can’t,” wrote actors’ website Backstage, highlighting her “elasticity as a physical performer”.

“I literally just feel it, and then it correlates externally.”

We’ve seen all that and more in memorable movies such as Muriel’s Wedding, Little Miss Sunshine and The Sixth Sense, and in limited series Unbelievable, for which she was nominated for an Emmy.

Last year, she played a Welsh horse trainer in the biopic Dream Horse, an astronaut in Stowaway and nailed the horror genre in I’m Thinking of Ending Things and Hereditary (2018).

And now Collette, 49, is once again confirming exactly how broad her repertoire is – she’s playing a clairvoyant, an ill-fated socialite and a mother with a dark past.

Lots of Toni Collette for us in the coming weeks.

Many questions are raised in the Pieces of Her trailer, from the moment Laura Oliver (Collette) saves her daughter’s life by wrestling a gunman to the ground after he opens fire inside a cafe in broad daylight.

“You ever had that thing where you think you know someone as well as you could possibly know anyone, and then one day, you’re totally wrong?” her daughter Andy (Bella Heathcote) asks in the voiceover.

Desperate for answers, Andy embarks on a dangerous journey across America, drawing her towards the dark past of her family and in the process bumping into some of her mother’s old friends.

From the producers of Big Little Lies and The Undoing, we see a suitcase full of money, a storage facility, a car accident and that Toni Collette look.

“Mum, just tell me the truth. Who are you?” Andy says.

Is she a criminal who’s been given a second chance, a former CIA operative or a killer on the run?

Based on the 2005 docuseries of the same name, Oscar winner Colin Firth (The King’s Speech, Bridget Jones’s Diary) and Collette play real-life couple Michael and Kathleen Peterson in HBO’s The Staircase.

The eight-episode limited series dramatises the story of how novelist Michael was accused of murdering his wife after she was found dead at the bottom of the staircase of their home in Durham, North Carolina in 2001.

Michael was convicted of killing Kathleen in 2003.

In 2017, he was freed after submitting an Alford plea to the reduced charge of manslaughter, Entertainment Weekly reported.

“We all know that these characters have names of living people, but it’s very carefully calibrated to tell the story in a certain way.

“I felt that I wanted to keep my inspiration, my motivation, and the sense of the source material, as much as possible contained within the script and the way it was written.”

No broadcast date in Australia as yet so stayed tuned.

Although its cinematic release has been anything but a box-office bonanza, Nightmare Alley has popped up with an Oscar nomination for Best Picture.

Oscar-winning director Guillermo del Toro and Oscar-nominated director of photography Dan Laustsen (who collaborated on Crimson Peak and The Shape of Water) talked about creating the gloomy carnival vibe, about “standing in the shadows” and the extensive use of lighting in a piece for The Wrap.

“Every frame blows my mind,” Collette said. “It’s so exquisite and rich and so saturated. And yet so real.”

After Stowaway was released last year, distributor Netflix was quick to praise Collette for “nailing” yet another look.

She played Commander Marina Barnett (in her Australian accent) alongside Anna Kendrick’s Dr Zoe Levenson, and while it’s always difficult to play an astronaut in space, in a space suit and helmet, she got the job done.

Her best face ever?

Collette’s social media fanbase often weigh in on their favourite Collette face, with one user saying her best performance by far was for horror flick Hereditary.

Her iconic performance in the 1994 Australian film Muriel’s Wedding still resonates, with Screen Australia noting Collette has admitted that all these decades later, she still gets “you’re terrible, Muriel” on a daily basis.

Movies Nightmare Alley Pieces of Her Toni Collette
Follow Us

The many faces of Toni Collette: Mystery thriller Pieces Of Her amid three new blockbusters