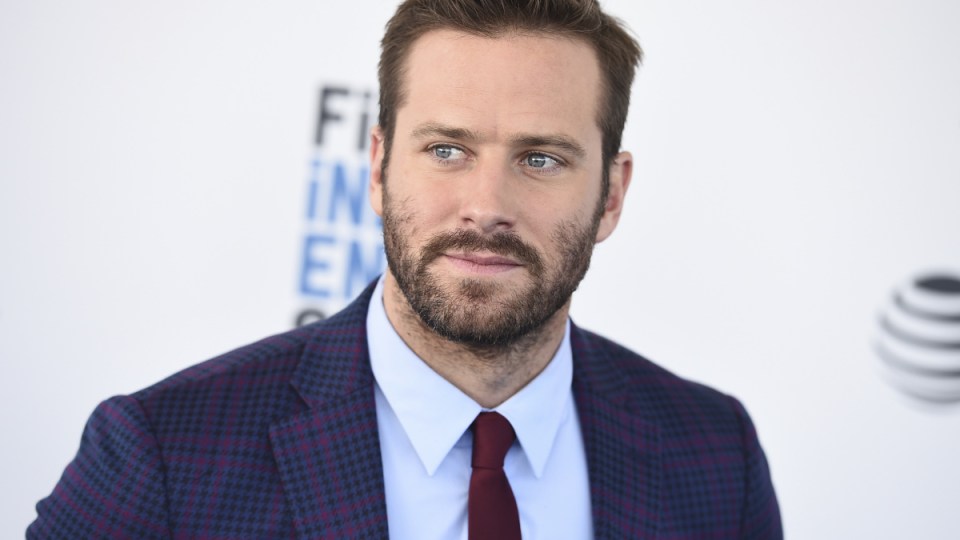 Actor Armie Hammer has been accused of rape. Photo: AAP

A woman has accused actor Armie Hammer of raping her in Los Angeles four years ago during an hours-long nightmare that involved a beating with a crop.

The 24-year-old woman – who lives in Europe and asked to be identified only by her first name Effie – broke down crying on Thursday as she spoke during a video call with her lawyer Gloria Allred.

“I fell in love with him instantly. The relationship progressed rapidly, and the emotions from both sides became really intense,” she said.

“He abused me mentally, emotionally and sexually,” she said, claiming his actions “became increasingly more violent”.

“On April 24, 2017, Armie Hammer violently raped me for over four hours in Los Angeles during which he repeatedly slapped my head against a wall, bruising my face,” she said.

“He beat my feet with a crop so they would hurt with every step I took for next week,” she said.

“During those four hours, I tried to get away, but he wouldn’t let me,” she said.

“I thought that he was going to kill me.”

A lawyer for Hammer denied the allegations in a statement to the Daily News.

“It was never Mr Hammer’s intention to embarrass or expose (Effie’s) fetishes or kinky sexual desires, but she has now escalated this matter to another level by hiring a civil lawyer to host a public press conference. With the truth on his side, Mr. Hammer welcomes the opportunity to set the record straight,” he said.

“From day one, Mr. Hammer has maintained that all of his interactions with (Effie) – and every other sexual partner of his for that matter – have been completely consensual, discussed and agreed upon in advance, and mutually participatory,” he said.

Ms Allred said on Thursday that sexual partners never give up their right to withdraw consent at any time.

She said her client decided to speak up because she has been contacted by other alleged victims of Hammer and wanted to caution other women about her experience.

Ms Allred confirmed that “photos of some of (Effie’s) visible injuries” exist.

“Effie has the courage to cooperate in any investigation,” Ms Allred said.

“We have turned over evidence to law enforcement.”