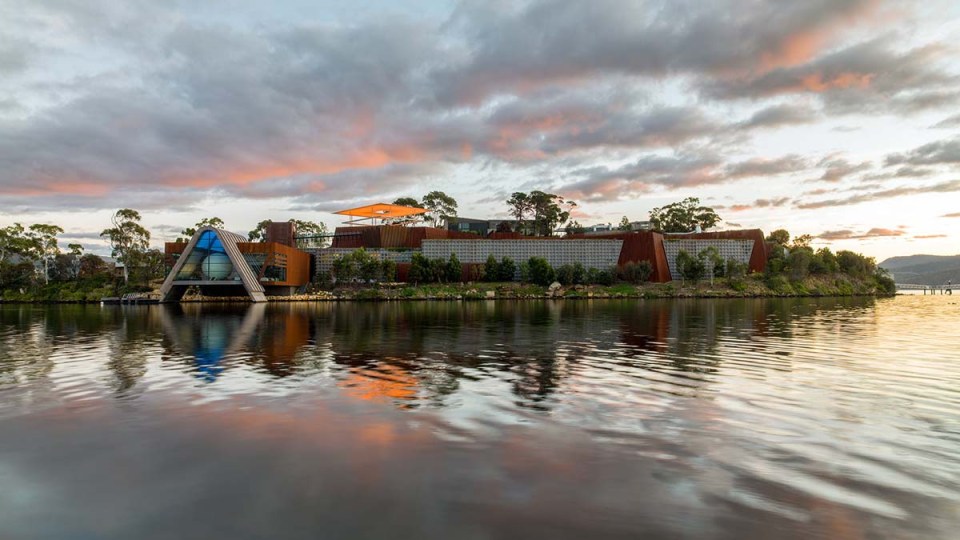 All MONA staff will be required to get vaccinated against COVID-19. Photo: Facebook/@MONAmuseum

Tasmania’s Museum of Old and New Art has become the first art institution in Australia to announce a ‘no jab, no job’ policy for employees.

Owner David Walsh sent out a creatively worded blog post on Thursday, complete with scattered expletives and colourful metaphors, advising of the change.

He said all of MONA’s approximately 400 workers would be required to get immunised against COVID, and given the time and support to do so.

Mr Walsh hasn’t given a time frame for the mandatory vaccines, but has warned staff what to expect – with the MONA team to include “you, if you get vaccinated”.

In his blog post, he likens a refusal to get vaccinated against COVID-19 to running a red light, a choice that jeopardises individual safety, but also that of strangers using the road.

“If traffic lights are a part of a global conspiracy to turn us all into pawns of the government, or Bill Gates, or 5G, then I’m a government tool. Or just a tool. And so is everybody else,” Mr Walsh said.

He said he decided to make vaccines mandatory for all employees to help stop the spread of “that beastly COVID virus” – of which anyone could be a carrier.

The private art gallery has become Tasmania’s island’s biggest tourist attraction since it opened in 2011. In July, The New Daily columnist Michael Pascoe credited it as the champion of Tasmania’s economy.

The sheer volume of visitors the museum gets at busy times – nearly 350,000 a year pre-pandemic – strengthened Mr Walsh’s resolve to join a growing number of Australian businesses in mandating vaccines for staff and visitors.

Fruit and vegetable processor SPC was the first Australian company to impose the requirement, followed by airlines Qantas and Virgin.

Qantas CEO Alan Joyce said the decision was backed by staff, with an internal survey indicating three-quarters of employees agreed.

“One crew member can fly into multiple cities and come into contact with thousands of people in a single day,” Mr Joyce said.

The clock is ticking for Qantas and Jetstar pilots, cabin crew and airport workers who have until November 15 to get both doses.

The deadline for other Qantas employees is March 31, 2022.

Virgin is still surveying its staff about the move, but expects to go ahead with mandatory vaccines for frontline workers by November 15 and all office-based staff by March 31, 2022.

Elsewhere, the Tasmanian government said on Friday it would make COVID vaccines mandatory for all public and private healthcare workers.

From October 31 staff will be required to have at least one dose or have evidence of a vaccination booking.

The state government will make a public health directive once the definition of healthcare worker is finalised next week.

‘Harsh, but necessary’: MONA mandates vaccines for all staff