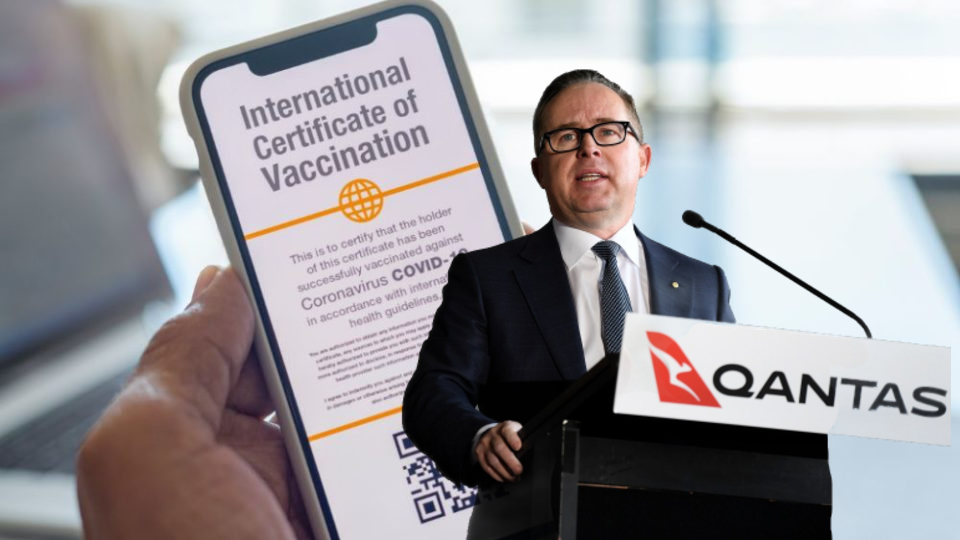 Qantas will require its frontline employees to be fully vaccinated against COVID-19 within three months.

Qantas and Jetstar pilots, cabin crew and airport workers will have until November 15 to be fully jabbed.

The deadline for other employees to be fully jabbed is March 31, 2022.

The move is a major step for one of Australia’s biggest companies and will affect about 20,000 workers.

Qantas said it came after a survey showed three-quarters of staff backed the move.

Chief executive Alan Joyce on Wednesday said having a fully vaccinated workforce would help stop the spread of the virus.

“One crew member can fly into multiple cities and come into contact with thousands of people in a single day,” he said.

“Making sure they are vaccinated given the potential of this virus to spread is so important and I think it’s the kind of safety leadership people would expect from us.”

Exemptions will be granted for people with documented medical proof showing they could not be vaccinated. But this is expected to be rare.

Of the 12,000 who responded, 89 per cent said they had already been jabbed or had booked one.

Just 4 per cent of workers were unwilling or unable get the jab, with 7 per cent undecided or preferring not to say.

“We understand there will be a very small number of people who decide not to get the vaccine and that’s their right,” Mr Joyce said.

“But it’s our responsibility to provide the safest possible environment for our employees and for our customers.”

Qantas is the second non-health-related Australian company to officially require its workforce to have COVID shots.

Two weeks ago, Victorian-based canned food producer SPC was the first to say it would ban anyone from its sites if they did not have the vaccine.

SPC staff – including casuals, permanents and contractors – have until the end of November to get their coronavirus shots. Visitors to the company’s sites will also be required to be vaccinated.