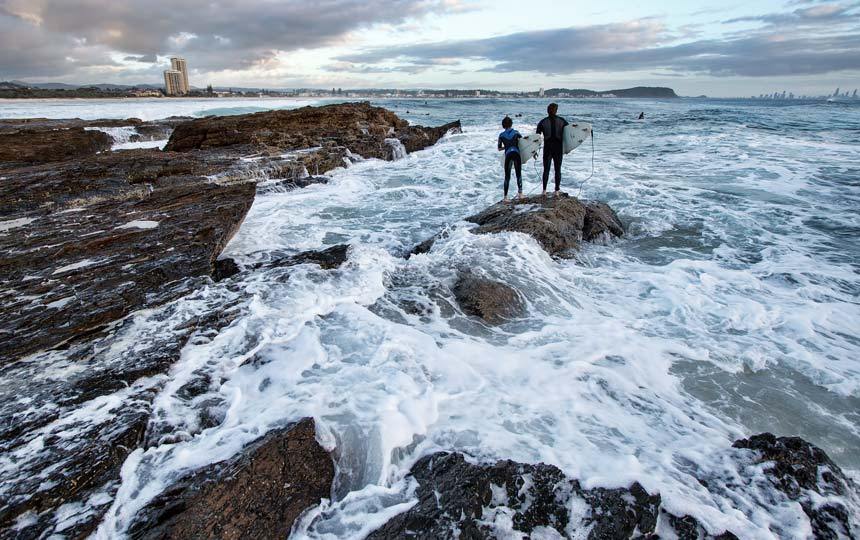 Potentially dangerous beach conditions are expected from Thursday in Queensland and Friday in NSW, although the weather system is expected to remain off the coast.

Wild surf is expected to create the biggest hazard as the low develops and moves south, with wave heights of more than five metres possible.

“If you live in a coastal area that might be impacted, be aware that there might be a significant risk of coastal erosion,” Queensland Emergency Services Minister Mark Ryan said on Thursday.

“Make the preparations and be informed.”

Surf Life Saving Australia has told beachgoers to stay out of the water and well away from areas exposed to surf.

Conditions on land will depend on the position of the low-pressure system – while there was the potential for damaging winds in excess of 90km/hr, the Bureau of Meteorology said.

While some unseasonal rain is forecast, the heaviest falls are expected offshore.

Average rainfall in Brisbane for July is about 27 millimetres, and falls of up to 100 millimetres are possible in localised areas.

A flood watch is not expected to be issued during the weather event.

Marine wind warnings are already in place for both states.