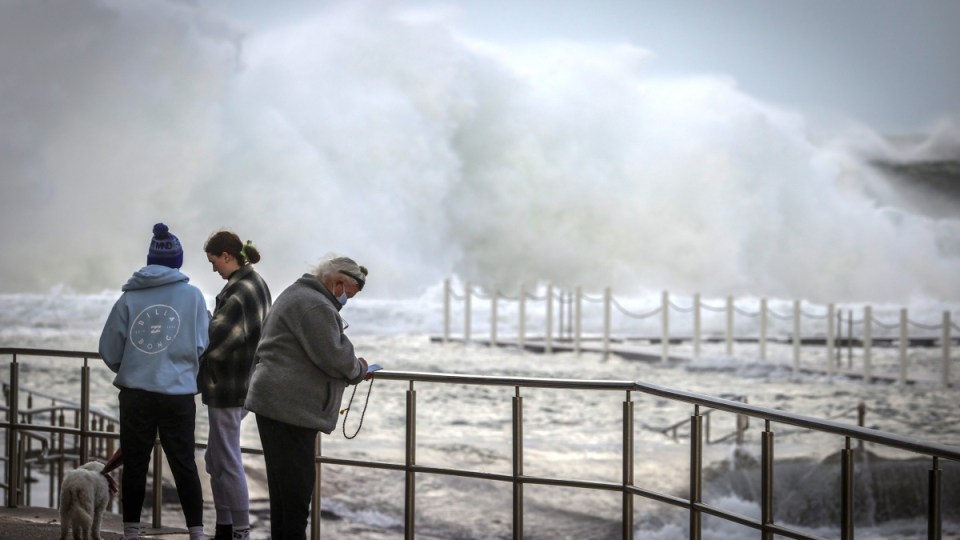 More wild weather is forecast for the southern Queensland and northern NSW coast in coming days, with warnings that rain, damaging winds and hazardous surf could cause erosion in vulnerable areas.

It comes as millions of people across south-eastern Australia endured their coldest morning in years on Wednesday.

The Bureau of Meteorology predicts damaging wind, huge swells and heavy rain along the southern Queensland coast from Wednesday and into northern NSW from Friday.

Wednesday’s forecast came as many areas in and around Sydney continue to recover from catastrophic flooding, some for the second and third time this year.

While most of the rain is expected offshore, some localised creek and river level rises are possible.

“This system is expected to bring large seas along with the risk of damaging winds around exposed coastal fringes of southeastern Queensland,” BOM senior meteorologist Jonathan How said on Wednesday.

Strong south-easterly winds will develop along the Queensland coast south of Mackay from Wednesday and extend into NSW on Thursday.

“There is a risk of damaging wind gusts of more than 90km/h on Friday and early Saturday around the exposed coastal fringes of firstly southern Queensland, then northern NSW,” Mr How said.

A hazardous swell is expected to develop along the southern Queensland and northern NSW coast on Friday and continue over the weekend.

“The swell may lead to coastal erosion in vulnerable areas along the southern Queensland and northern NSW coasts,” Mr How said.

The high-pressure system hovering over NSW continues a run of cold days with minimum temperatures tipped to remain between 10 to 13 degrees over the next week.

It is much colder further south, where Melbourne endured its coldest morning in four years on Wednesday.

Forecaster Weatherzone said 41 of Victoria’s 79 weather stations registered temperatures below zero on Wednesday morning. The lowest in the state was -7.4 degrees at Mount Hotham.

It was also cold closer to Melbourne. Coldstream, in the city’s outer east, hit -3.8 degrees, while it was -1.5 degrees at Melbourne Airport at Tullamarine. The city reached a low of 0.8 degrees shortly before 8am. These were all the lowest temperatures since 2018.

Weatherzone said the cold snap was due to a high-pressure system passing over south-eastern Australia on Tuesday night, following a cold front. It brought a wintry combination of cold air, clear skies and light winds, creating the perfect conditions for the freezing mornings.

It was also cold in parts of southern NSW. Perisher Valley in the Snowy Mountains fell as low as -11.7 degrees – which Weatherzone said was the lowest temperature anywhere in Australia for two years.

Tasmania also shivered through another cold start on Wednesday, with Liawenee falling to -9.1 degrees and Launceston Airport -4. degrees (its lowest temperature since 2019).

Temperatures are expected to be almost as cold on Thursday morning, with more widespread frost across south-eastern Australia. Overnight temperatures are forecast to climb later in the week.