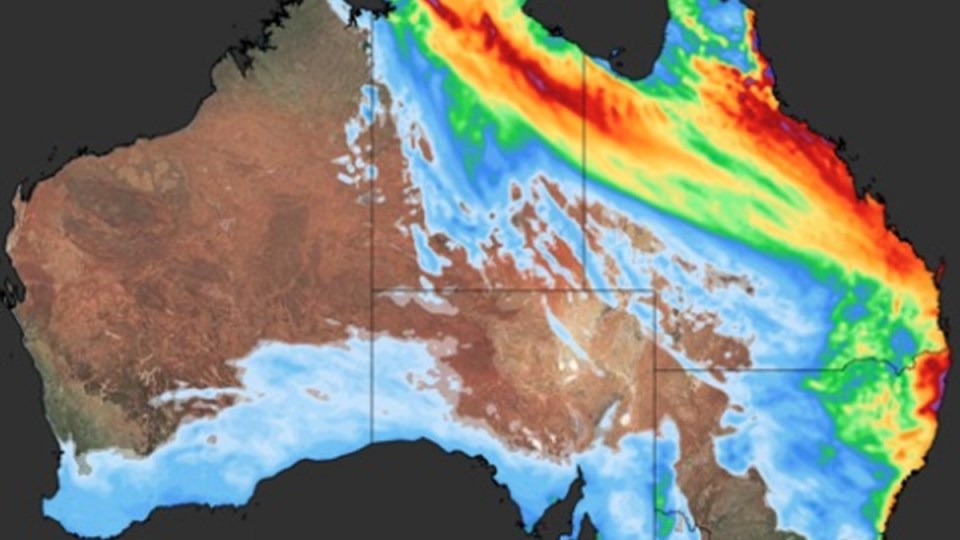 Heavy rain is on the way for much of Australia's north – bringing renewed flooding risks. Photo: Weatherzone

Australia’s east is in for another drenching, as unseasonably heavy rain forecast for Queensland and the Northern Territory spreads across much of the country this week.

Forecaster Weatherzone said a stream of tropical moisture would produce rain over a broad area of the NT and Queensland – possibly delivering several months’ worth of dry-season rainfall in some areas.

It comes with northern Australia in the middle of its dry season.

Most of north-west Queensland and the northern NT generally get less than five millimetres of rain during July – but not this year. Modelling shows up to 100 millimetres could fall in the coming week.

“A few showers will develop over the NT and far-west Queensland on Tuesday and Wednesday as a cloudband starts to build across northern Australia,” Weatherzone said on Monday.

“Rain will become heavier and more widespread between Thursday and Saturday as the cloudband slowly drifts further east.”

By Friday, and into the weekend, it will produce rain over a broad area of eastern Australia, including northern NSW.

“There are early signs that some of this rain could become heavy enough to cause flooding as a coastal trough deepens early next week,” Weatherzone said.

“This rain event could cause flooding in parts of the NT, Queensland and eastern NSW, including areas that are normally dry at this time of year. Be sure to check the latest forecasts and warnings in your area.”

The wet weather forecast comes just a week after the Bureau of Meteorology officially declared this year’s La Nina system over, after months of it helping to drive large rainfalls across Australia.

“But we also are aware that the models are suggesting we could go back into La Niña later in the year, and hence we’ve moved to La Niña watch,” BOM’s head of long-range forecasts, Dr Andrew Watkins, said.

There is about a 50 per cent chance of a La Niña event forming again during 2022.

The shift to La Niña watch did not change the outlook of above-average rainfall for most of Australia in coming months, with other climate drivers affecting the country, Dr Watkins said.

He said back-to-back La Nina’s were not uncommon.

“A three-year La Niña is less common, and we’ve only seen that three times since the middle of last century.”

The ASX eyes important psychological mark as inflation data commands attention
Bureau of Meteorology signals end of La Nina, but it could be back soon
Today's Stories