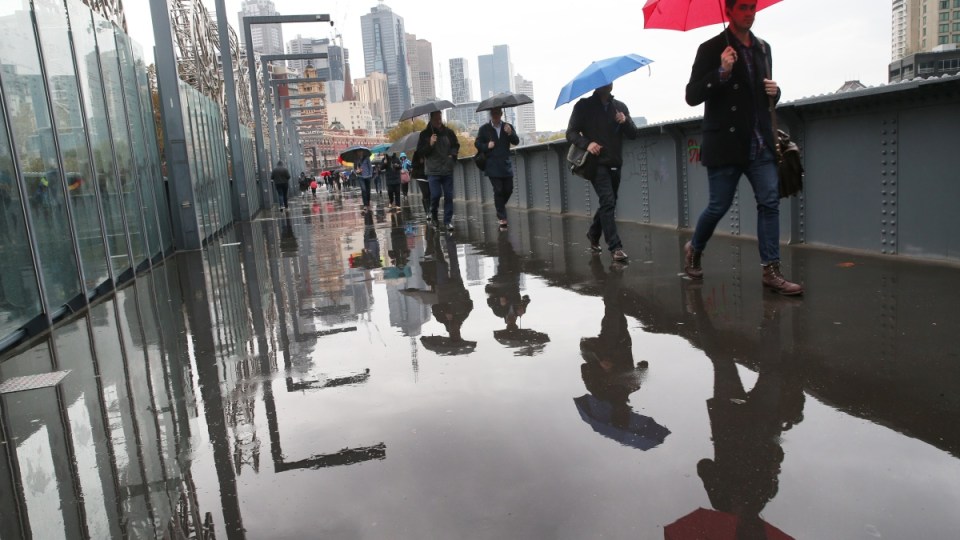 A wetter-than-usual winter is forecast for large parts of the country after a soggy autumn for many. Photo: AAP

After enduring a soggy autumn, forecasters are predicting unusually high winter rainfall for much of Australia.

The chances of above-average rain in the cold season are at least 75 to 80 per cent for large parts of the country, the Bureau of Meteorology’s Andrew Watkins said in a climate and water update on Tuesday.

“We have an increased risk, two to three times the normal risk, of being unusually wet,” he said, adding many areas could reach their top 20 per cent of wettest years on record during the cold season.

“We just have to remember that in tropical areas it is the dry season, so large parts of northern Australia … don’t even receive 25 millimetres of rainfall over the winter period.”

Parts including southern Queensland, South Australia and inland areas of NSW and Victoria have so far remained dry this winter, he said.

Other areas including western Tasmania and the southwest of Western Australia could see less rainfall and possibly among their driest 20 per cent of winter seasons on record.

“La Nina has played a big role in (the wet weather) we’ve seen over the last few months, but it is weakening now and we see changes in the trade winds starting to emerge as well,” Mr Watkins said.

Modelling shows La Nina would weaken within the next few months, he said, stressing the weather pattern did not operate like an ‘on-off’ switch and would continue to influence conditions as it weakened.

Australia overall experienced its wettest autumn since 2012, recording totals just over four per cent above the long-term average.

By contrast, the Northern Territory had its driest autumn since 2009 at 65 per cent below average totals.

This was due to the Madden-Julian oscillation, which stalled monsoonal weather systems before they arrived at the NT in January and February.

Australia-wide totals for March remained 24 per cent below average despite intense rainfall in eastern NSW, offset by below-average totals in the NT.

Wetter winter than usual forecast for many