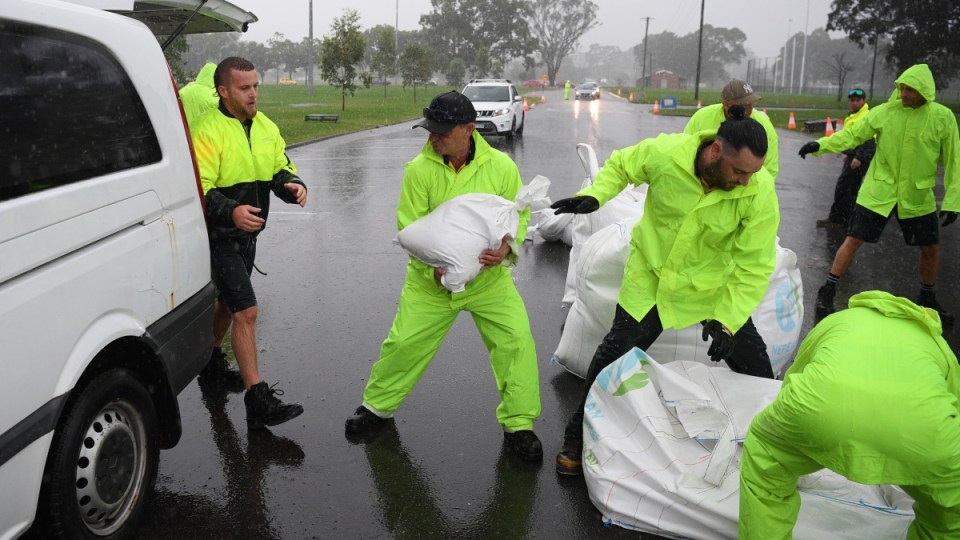 Two more people have been confirmed dead in the flood crisis engulfing NSW, as greater Sydney braces for its own “life-threatening” deluge.

Confirmation of the latest tragedies came as the first evacuation warnings were issued for Sydney suburbs on Wednesday, ahead of torrential downpours expected within hours.

“That was a male in the CBD of Lismore. That now takes our total deaths to four.

“This is terrible … one life lost is too many.”

NSW Police later confirmed another man’s body had been found in a flooded unit in south Lismore. He was aged in his 70s, and was found by SES volunteers on Wednesday afternoon.

The latest fatalities came after the bodies of two women in their 80s were found in separate flooded Lismore homes on Tuesday.

Another man who disappeared in flood waters in Lismore on Sunday is presumed dead, while a man died on the central coast last Friday.

There are also reports of more fatalities in the area that are yet to be confirmed by authorities.

In Grafton on Wednesday, Premier Dominic Perrottet warned more deaths were likely. He said he had surveyed the flood zone from a helicopter – but could not reach Ballina or Lismore because of road closures.

“What I have seen is beyond anything that I could have ever imagined. The widespread flooding is just simply extraordinary. You have got two options at that point, you either run for the hills, so to speak, or it strengthens your resolve,” Mr Perrottet said.

Mr Perrottet said he had written to Prime Minister Scott Morrison for emergency funding and support for flood-affected communities. It was expected to be approved by late Wednesday.

“Sydney is on high alert right now and to everyone in that region, we ask you to please keep an eye on the evacuation warnings if they are issued which may escalate into evacuation orders in this disaster,” she said.

The Bureau of Meteorology has warned of severe “hit and miss” thunderstorms forecast for parts of NSW. Torrential rain is forecast, with Sydney and some surrounding areas likely to get as much as 200 millimetres.

Dean Narramore, from the bureau, said there were flood warnings for  Hawkesbury-Nepean and minor flooding was possible as far east as Penrith.

People along the Hawkesbury and Georges Rivers have already been asked to review evacuation kits and evacuation routes, amid concerns flooding could be as bad as last year.

NSW SES commissioner Carlene York said areas that were hit then were at particular risk – although properties left untouched then are also likely to be in the firing line.

“We know the devastation that caused in the community. And what we don’t want to do is lose any more lives,” she said.

“The best way to save lives is to be prepared and listen to warnings and orders that the SES and other agencies put out for your safety.

Ms York said it was important the community acted on messages about the seriousness of the incoming weather.

“It is a high-risk event. It is life-threatening and we want to make sure the community heed those messages,” she said.

“I don’t want anyone to lose their life as a result of these thunderstorms and east coast lows coming through.”

The heavy rainfall will also affect Newcastle, the Blue Mountains and Wollongong.

NSW SES has already advised residents of parts of Milperra and Chipping Norton in south-west Sydney to evacuate within hours. People in low-lying areas around Windsor and Pitt Town, north-west of Sydney, have also been told to prepare to evacuate.

There was also a warning for Marrickville, in Sydney’s inner west, which was hit by floods only a week ago. The local council has spent the past two days distributing sandbags across the area.

More than 500 SES members are on the ground in greater Sydney, ahead of the expected crisis.

“We still have a large number of helicopters up north that are helping … around the Ballina area particularly. And we have troops on the ground as well to help,” said SES Commissioner Carlene York.

“We are actively door knocking.”

Warragamba Dam is overflowing, with Water NSW warning it may continue for up to two weeks, threatening thousands of homes in the Hawkesbury and Nepean area.

The SES received more than 2200 calls for help overnight on Tuesday and undertook 300 flood rescues in the northern area of the state, which has been inundated with record floods centred on Lismore.

The Red Cross has confirmed that 894 inquiries have been made in NSW alone by family members looking for their loved ones, with 25 matches secured.