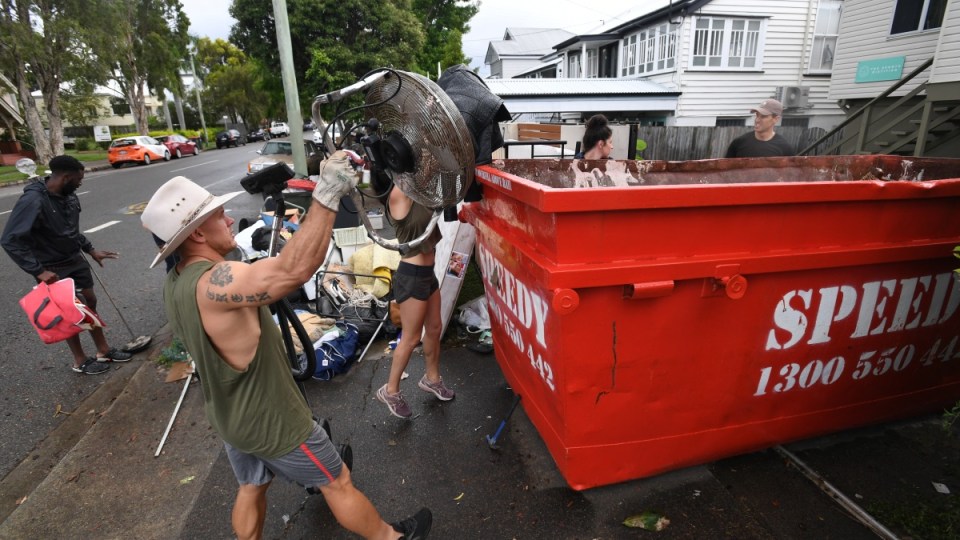 Scott Morrison warns there are caveats to agreeing to split the cost of Queensland's plan. Photo: AAP

All of south-east Queensland is likely to be declared a “disaster emergency zone”, with deadly floods still peaking in some areas after parts of the region were hit by the most intense rainfall on record.

Eight people have died and hundreds have been rescued from floodwaters that have damaged at least 19,000 homes and won’t fully recede for days.

There were blue skies over much of the region on Tuesday morning but major flooding was under way on the Brisbane, Logan, Bremer and Mary rivers, and Warrill Creek after the torrential downpours of the past week.

More than 1.77 metres of rain fell on Mount Glorious, 1.55 metres at Pomona on the Sunshine Coast and 1.23 metres at Upper Springbrook on the Gold Coast in seven days.

Brisbane copped 795 millimetres – the city’s wettest week since records began in 1840 – with Premier Annastacia Palaszczuk saying much of the wider region was devastated.

“We will get to the stage where basically the entire south-east will be declared a disaster emergency zone,” she told Nine’s Today program on Tuesday.

“At the moment they are doing council, one by one. Don’t forget Ipswich has been badly impacted as well, now Logan is experiencing it.”

Hundreds of homes were being inundated in Logan, south of Brisbane, where the Logan River was still yet to peak on Tuesday morning.

At Waterford, the river was 10.9 metres before 9am (Queensland time), and set to hit 11 metres. That is well above a major flood peak of nine metres recorded in 2017.

The Mary River was starting to drop at Maryborough after peaking at 10.3 metres on Monday night, five centimetres above the 2017 flood level.

More than 15,000 homes in Brisbane and 3600 in Gympie have been damaged by the floods and another 43,860 properties were without power on Tuesday morning.

More than 800 schools also remained closed across the state’s south-east and many roads were still cut by floodwaters.

Ms Palaszczuk said the suffering of people in the south-east and Greater Brisbane hit her personally.

“Of course it does. I love this city and to wake up and to see the rivers like this, and to see the images of people’s personal hardship and trauma … You know, it is very tough,” she said.

Acting Senior Sergeant Andrew Howard, who is in charge of the Brisbane Water Police, said the Brisbane River and other rivers flooding across the south-east remained extremely dangerous.

“It’s unlike anything you’ll ever see as a mariner,” he told ABC Radio on Tuesday.

“The force of the water that’s pushing through there … in some places it’s up to 10 knots … [The] speed and the sheer volume of it. You just got to be very, very cautious.”

Senior Sergeant Howard said the past four days had been harrowing, with at least 630 water rescues and more than 10,000 calls for help across south-east Queensland.

“It’s probably what you don’t see … That’s what bothers you, especially when you’re operating at night time,” he said.

“We operate around the clock. We’ve seen a lot of people’s expensive … dreams and vessels, assets, their homes, just washing away.

“We’ve evacuated a number of people vessels in distress, some of them … we’ve just got them off the off the vessel or a pontoon before upon another vessel crashes into it, and they just watch it sink before their eyes.”

Meanwhile, a crane on a floating pontoon that broke loose from its moorings near the Story Bridge on Monday has been secured.

The incident triggered evacuations of the Brisbane River bank after authorities were concerned the crane could damage the bridge or smash into the nearby Howard Smith Wharves.

All of south-east Qld to be a flood disaster zone