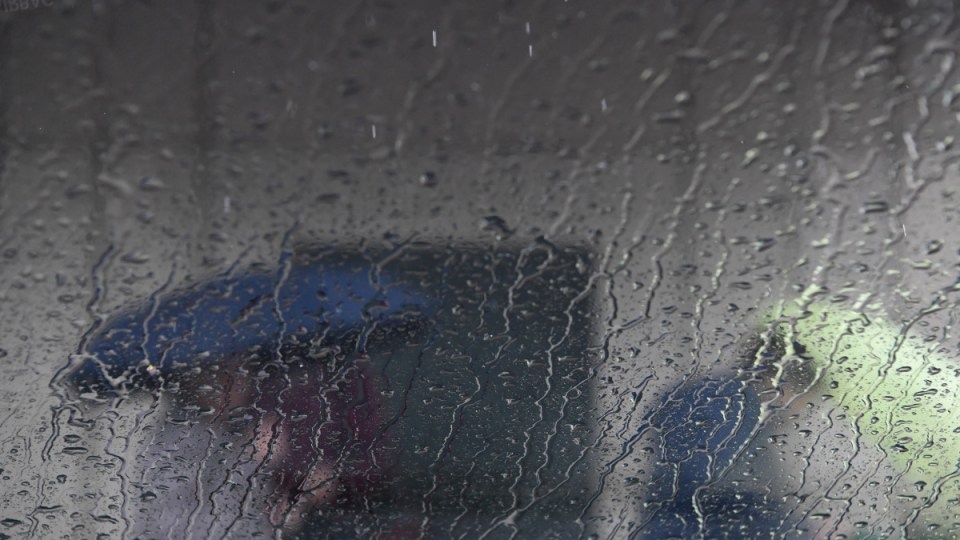 Wild weather is continuing to batter parts of Victoria, with flash flooding in Geelong. Photo: AAP

A flash flood alert was issued just before 9.30pm on Thursday for the city’s metropolitan area urging people to move indoors and not to enter floodwater.

Vic Emergency said homes, buildings and roads have been flooded and State Emergency Service crews were responding to call-outs in the area.

Severe thunderstorm warnings were issued on Thursday evening for metropolitan Melbourne and northwest and central Victoria.

Meanwhile storms in the morning left 2800 people without electricity on the Powercor network in the state’s west, also flooding major roads and bringing down traffic lights in central Melbourne.

By Thursday afternoon the SES had responded to more than 350 calls for help across Victoria.

A lightning strike set a Bundoora home alight just after 8am.

As the blaze threatened to spread to a nearby house, firefighters rescued three people from the property who were taken to hospital.

The storms brought record rains to Mildura in the state’s north, which had its highest ever daily total for January with 80.2mm falling in 24 hours to 9am.

The storms brought flash flooding, with the SES receiving 126 calls for help in Mildura.

“Mildura had a pretty rough night, in terms of flooding and storm damage,” Premier Daniel Andrews said on Thursday.

However, the bureau had warned the worst was yet to come.

Meteorologist Christopher Arvier warned the Grampians, Barwon and South West districts are in for more wild weather on Thursday night, with Melbourne and central Victoria expected to cop more storms on Friday.

“We are expecting the storms to redevelop this afternoon, particularly in the western half of Victoria, bringing the risk of severe thunderstorms leading to flash flooding, and there will also be the risk of damaging wind gusts and large hail,” he said.

The bureau said high levels of humidity meant the storms had the potential to cause intense rainfall and localised flooding.

The SES warned people to rethink holiday plans, especially camping, and to secure loose objects and check for road closures.

“If you don’t need to travel, it’s a good day to actually stay inside because you’re going to be potentially at risk of flash floods,” SES State Agency Commander David Tucek told reporters.

Other areas also had dumps of rain on Thursday, with 75mm at Kyneton northwest of Melbourne and 42mm at Arthurs Creek in 24 hours.

Malmsbury Headwall recorded 56.2mm of rain in an hour, while Trentham Reservoir recorded 38.6mm in the early hours of Thursday.

The storms and humidity are being caused by the remnants of ex-tropical cyclone Tiffany which formed off Western Australia’s Kimberley coast earlier this week.

The Stats Guy: What does tourism in Australia look like now that travellers are returning?
South Australia braces for more rain after flooding
Today's Stories