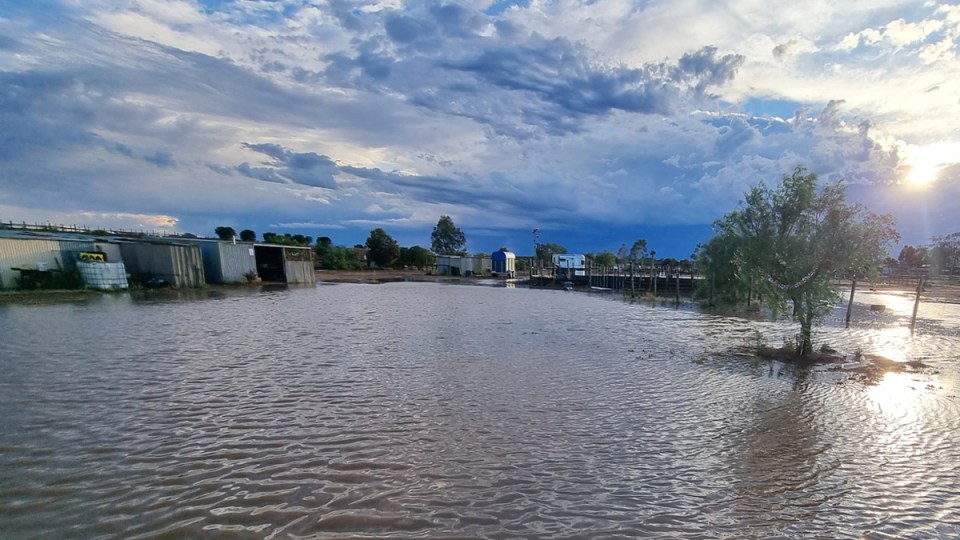 A Melbourne home has caught fire after a lightning strike and the Murray River city of Mildura been battered by record rain in storms set to continue into the weekend.

The Bureau of Meteorology issued a red warning for “very dangerous” thunderstorms, heavy rain and flash flooding across much of Melbourne and the southern Macedon Ranges on Thursday morning.

The storms left 2800 people without electricity on the Powercor network in the state’s west, and also flooded major roads and brought down traffic lights in central Melbourne.

Diane Eadie, from the BOM, warned there was more to come, with storms forecast for Victoria’s south-west from Thursday afternoon.

“It’s not over yet … with the risk of heavy falls continuing, with showers and storms today,” she said.

“The focus of today is the west of the state, where we could see heavy falls to potentially intense rainfall rates, large hail and also the risk of damaging winds.”

Earlier on Thursday, a lightning strike set a home in Bundoora, in Melbourne’s north, alight. Firefighters arrived just after 8am to find the house ablaze, with the fire threatening to spread to a neighbour’s home.

Three people were evacuated from the property, on Betula Avenue, and were treated by paramedics before being taken to hospital.

The storms brought record rain to Mildura in Victoria’s north, which had its highest daily rainfall for January with 80.2 millimetres falling in 24 hours to 9am.

There was flash flooding too, with 126 calls for help to the State Emergency Service in Mildura.

“Mildura had a pretty rough night, in terms of flooding and storm damage,” Premier Daniel Andrews said on Thursday.

Malmsbury Headwall had 56.2 millimetres of rain in an hour, while Trentham Reservoir had 38.6 millimetres in the same timeframe early on Thursday.

The storms and humidity are being caused by the remnants of ex-tropical cyclone Tiffany, which formed off the Kimberley coast earlier this week.

Meteorologist Christopher Arvier said storms would redevelop later in the day and last into the weekend.

“We are expecting the storms to redevelop this afternoon, particularly in the western half of Victoria, bringing the risk of severe thunderstorms leading to flash flooding, and there will also be the risk of damaging wind gusts and large hail,” he said.

He said the western suburbs of Melbourne would bear the brunt of the next round of storms, but they would shift further east into Friday.

The Department of Transport has warned drivers and public transport passengers to “be vigilant” as weather conditions could change quickly.

Drivers are asked to leave extra space between them and the car in front, to use headlights, and pull over if the rain becomes too heavy.