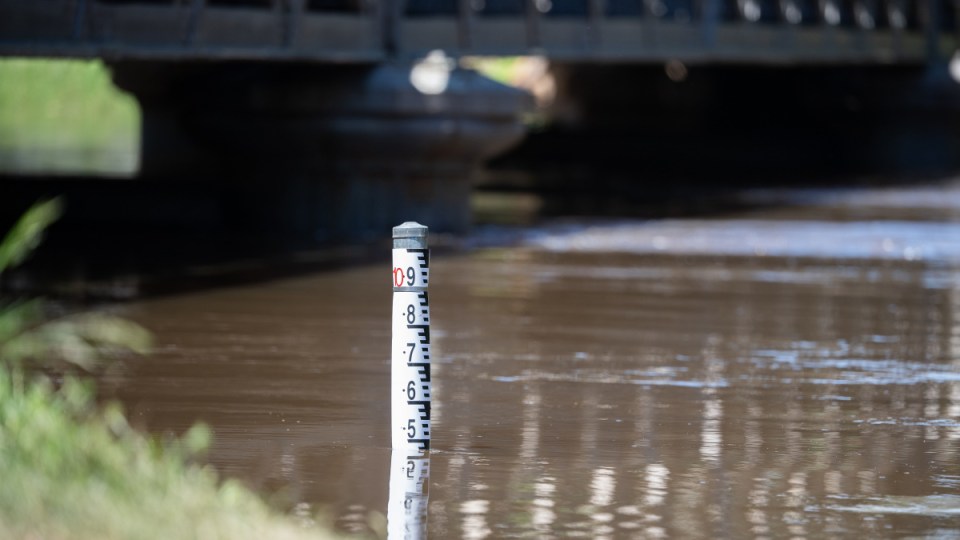 More rain is on the way in NSW, threatening more flooding events around the state as Australia faces its wettest spring in a decade.

The State Emergency Services responded to 118 calls for help in the last 24 hours and Commissioner Carlene York says people need to be prepared as flash flooding is likely with little warning.

“The issue at the moment is that all the dams are full, the rivers are full and the ground is quite saturated so it doesn’t take much to bring on flash flooding where we can’t give people much warning,” she told Sydney radio 2GB on Wednesday.

Major flooding is occurring along the Namoi River at Gunnedah in the state’s north-east, where fluctuating river heights reached 8.25 metres overnight.

Further downstream, moderate flooding is likely at Narrabri and major flooding is possible at Wee Waa later this week.

The Bureau of Meteorology will provide an outlook for the rest of the week this afternoon, with further rain threatening widespread flooding.

The SES responded to multiple calls in Gunnedah as Forbes in the central west and Coffs Harbour on the north coast, mainly for fallen trees and leaking damaged roofs caused by heavy rain.

Rain is expected to continue throughout the week, falling in already drenched catchments, raising river levels and causing flash floods.

The Gwydir River has also swelled, with major flooding at Yarraman.

Goondiwindi, just over the Queensland border, is experiencing moderate flooding, but the Macintyre River is expected to peak around the major flood level on Wednesday.

Moderate flooding is still underway at Forbes on the Lachlan River, which was inundated over the weekend, and at Cottons Weir.

The main flood peak is passing Jemalong, where major flooding has occurred.

Flooding is expected in Condobolin in the central west, later this week, while Coonamble may experience moderate flooding.

Rivers in Tamworth, Ashford and Yetman have also exceeded minor flood levels, with flooding also possible at Kempsey, Singleton and Narrandera on Wednesday.

The summer will likely remain just as soggy, with meteorologists declaring Australia is now in a La Niña cycle – the cooler, wetter sister of the El Niño-Southern Oscillation pattern that typically brings increased temperatures and bushfire danger.

Instead, there will be a greater risk of damaging tropical cyclones and flooding.

During the last significant La Niña between 2010 and 2012, widespread flooding inundated NSW, Victoria and Queensland, which was also hit with the Category 5 tropical cyclone Yasi.

However, the BoM does not expect this La Niña to be as bad.

BoM head of operational climate services Andrew Watkins said this summer’s La Niña will probably be weaker than a moderate La Niña that developed last year, but the danger remains.

“A weak La Niña can still bring heavy rainfall at times. With a wet landscape we are at risk of more widespread flooding over the summer,” Dr Watkins said.

More rain is expected for the rest of the week in NSW, with renewed river level rises possible.

The SES has already responded to over 6715 calls for help since storm season began last month.

Risk of further flooding across NSW