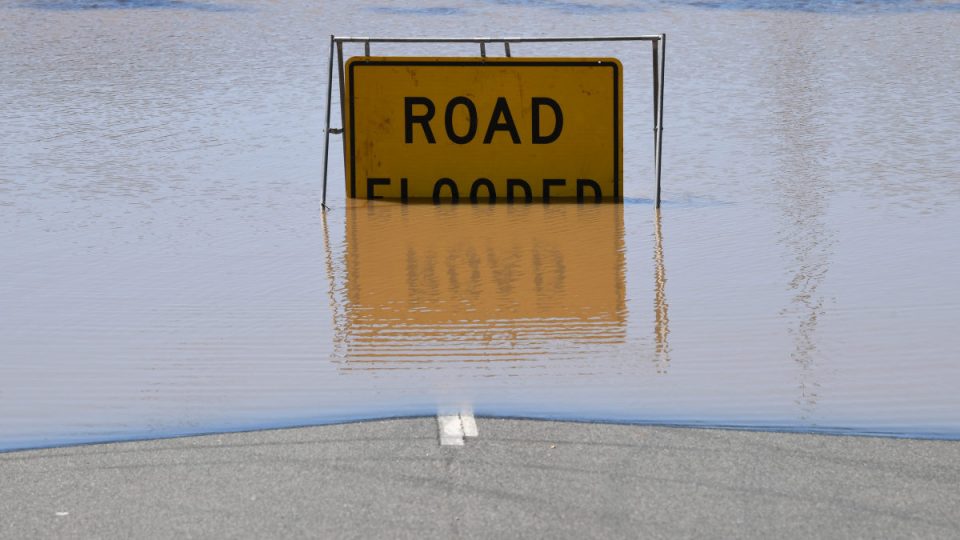 Days of heavy rain across south eastern Australia have caused rivers to surge and break their banks, flooding swathes of land across NSW and Victoria

Rainfall records have tumbled across NSW, with Bathurst and Orange catching more than 90mm each over three days.

Several areas received more rain than they typically would through all of November, prompting widespread flooding, the Bureau of Meteorology says.

It’s nothing like the record flooding events witnessed across parts of the state earlier this year, senior hydrologist Alex Clifton said, although river rises at Forbes in the central west are “pretty significant”.

“The major impacts that we’re seeing at the moment are in the Lachlan River Valley,” he said.

Rivers rose to moderate flood levels in Bathurst overnight, but have since fallen, while moderate flooding is occurring at Cowra and Canowindra.

The good news for NSW is that most of the rainfall, currently lingering around the south coast and ACT, will clear off by Saturday afternoon.

No renewed river rises are expected over the coming days.

Another storm on the way

However another weather system due late next week could wreak havoc again.

“The catchments and now the river systems are quite full, so if there is any sort of follow up rainfall next week it’ll have sort of a compounding effect,” Mr Clifton said.

“We’re definitely concerned and keeping an eye on that… but there’s a lot of uncertainty at this stage about where that rainfall is going to end up.”

Further south in Victoria, parts of the Gippsland areas are also flooding.

Between 50 and 100 millimetres of rain has fallen across a widespread area from around Traralgon through to Mallacoota and toward the Yarra Ranges.

“It’s not totally unusual, but it is definitely very wet and for a number of areas it is probably the month’s worth of rain in about a day or so,” Senior Meteorologist Dean Narramore said.

“The river of most concern right now is the Mitchell River, where we could be experiencing major flooding on that river this afternoon and this evening as that water moves through the Bairnsdale area.”

Geelong and the inner western suburbs of Melbourne also copped a downpour, with up to 40mm falling in some places overnight.

It comes as parts of the state – including Charlton, Swan Hill and Shepparton – shivered through the coldest November day on record.

“Even in Melbourne we reached the top of 14 degrees, and that’s the coldest November day since 2007,” Mr Narramore said.