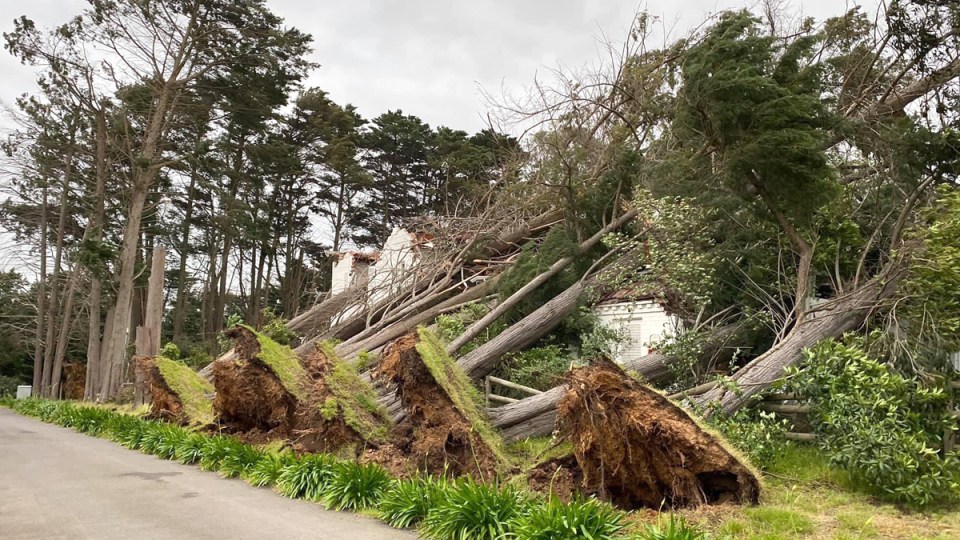 More supercell thunderstorms are forecast for northern NSW and southern Queensland on Friday, after Victoria and South Australia were battered overnight.

Bureau of Meteorology senior forecaster Jackson Browne said the main band of storms, with possible damaging winds, large hail and heavy rainfall, would stretch from Newcastle through to Charleville.

The odd severe storm could also crop up all the way to Darwin, he said.

It has been a wild few days of weather for much of Australia, with everything from severe fire danger and land gales to flood warnings.

More than 500,000 people were left without power in Victoria on Friday after wild winds wrought a trail of destruction across much of the state.

“The most dynamic features are really the severe thunderstorm warnings, which have been popping up sort of like a bit of a Whac-a-mole” situation, with warnings popping in and out of existence as these storms live and die,” Mr Browne said.

“Storms are possible over a broad area of NSW and Queensland stretching roughly 2000 kilometres from Sydney up to Cloncurry,” forecaster Ben Domensino said.

“Some of these storms will become severe, most likely over north-east NSW and the southern and western interior of Queensland.”

Earlier, the Victoria State Emergency Service said it had received more than 1900 calls for help between 4.30-10.30am on Friday. Crews were still responding to about 1500 calls by Friday afternoon.

Almost 300 people have reported damage to their properties, with the roof torn off one house in Mordialloc, in suburban Melbourne, and trees down on numerous buildings.

Meanwhile, crews were working to restore power to more than 500,000 households – warning that outages could continue into the weekend.

“While extra crews have been mobilised to get power back onto homes as safely and as quickly as possible, the extensive damage means estimated restoration times will be longer than usual and some customers will be without power over the weekend,” Powercor said.

One caller told ABC Radio Melbourne she had never seen anything like the storms that hit Red Hill on the Mornington Peninsula.

“I’ve never seen so many trees down, trees ripped out of the ground, there’s just mess absolutely everywhere,” she said.

Several vaccination centres in Melbourne were closed on Friday, and there were reports some VCE students were unable to travel to end-of-year exams.

The Lost Dogs Home is asking pet owners to check on their animals after 16 dogs and cats were brought in to the shelter overnight.

A severe weather warning for damaging winds remained current into the afternoon for Gippsland, parts of central and northeast Victoria, along with the Surf Coast and Geelong.

The Bureau of Meteorology said more than 500,000 lightning strikes were recorded across Australia’s south-east on Thursday night.

The storm also caused widespread damage in South Australia, leaving more than 30,000 homes and businesses in Adelaide without power.

Elsewhere, there are flood warnings for Tasmania as the same storms that caused havoc in SA and Victoria bring heavy rain to the island state.