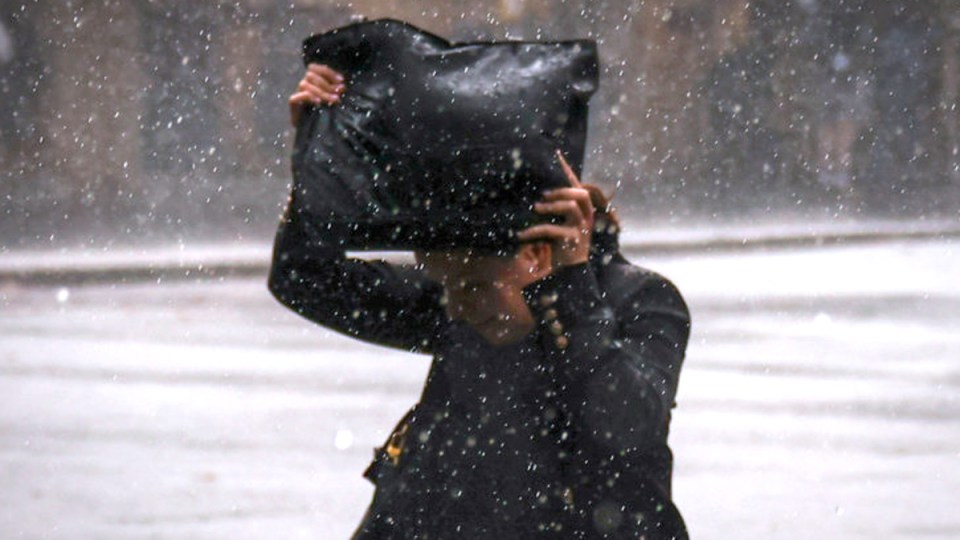 Melburnians have been warned to brace for "very dangerous" thunderstorms.

A “beast from the south” is closing in on south-eastern Australia, bringing heavy rain, storms and flood danger as soon as Wednesday night.

Meteorologists say the dangerous front will also bring damaging winds, hail and snow for millions in Victoria, the ACT and NSW as a week of spring wet weather continues.

The wild weather will begin in Victoria, with Melbourne set to cop a month’s rain in just four days.

The city is forecast to get as much as 60 millimetres of rain by Saturday afternoon – its October average is 66 millimetres.

“A separate low pressure trough, located ahead of the approaching front, will also trigger showers and storms in northern NSW and southern Queensland,” he said.

“Some of Wednesday’s thunderstorms could become severe, most likely in Victoria, NSW and southern Queensland.

“A severe weather warning for heavy rainfall has also been issued in central and northern Victoria, and other severe thunderstorm warnings could follow in the afternoon or evening.”

The Bureau of Meteorology is predicting heavy rain and potential flash flooding on and north of Victoria’s central ranges, which might extend into the northern plains and the state’s north-east later tonight.

Locations likely to be affected include Shepparton, Seymour, Kyneton, Ballarat, Wodonga and Wangaratta.

Thursday is expected to be the wettest day in NSW and the ACT, with rain and thunderstorms expected across much of the region. Storms will begin to form in western NSW on Wednesday afternoon.

Mr Domensino said the big wet would spread further on Thursday, reaching the ACT, NSW and Queensland, as well as Tasmania, South Australia and Victoria.

“This will be a dangerous day of weather in each of these states,” he said.

“In eastern Australia, severe storms are likely to develop on Thursday as cold air coming up from the south clashes with much warmer, moisture-laden air from the north and east. This will result in widespread showers and thunderstorms, which are likely to become severe in parts of Queensland and NSW.”

Brisbane can expect up to 25 millimetres.

“By Saturday, the focus of the weather will contract to south-eastern Australia, where a deepening low pressure system should cause more rain and strong winds in Tasmania, Victoria and NSW,” Mr Domensino said.

“There’s a good chance of damaging winds and locally heavy rain on Saturday, mainly about coasts and ranges that are exposed to the west and south-west.”

It’s all just part of what is expected to continue to be a wet spring, and summer to come.

The BOM says the chances of a La Nina weather pattern heading into a wet summer is increasingly likely. That means more rain, cooler days and warmer nights are likely in summer.

“La Niña events increase the chances of above-average rainfall for northern and eastern Australia during spring and summer,” the bureau said.

‘Beast from the south’ closes in on Victoria, ACT and NSW