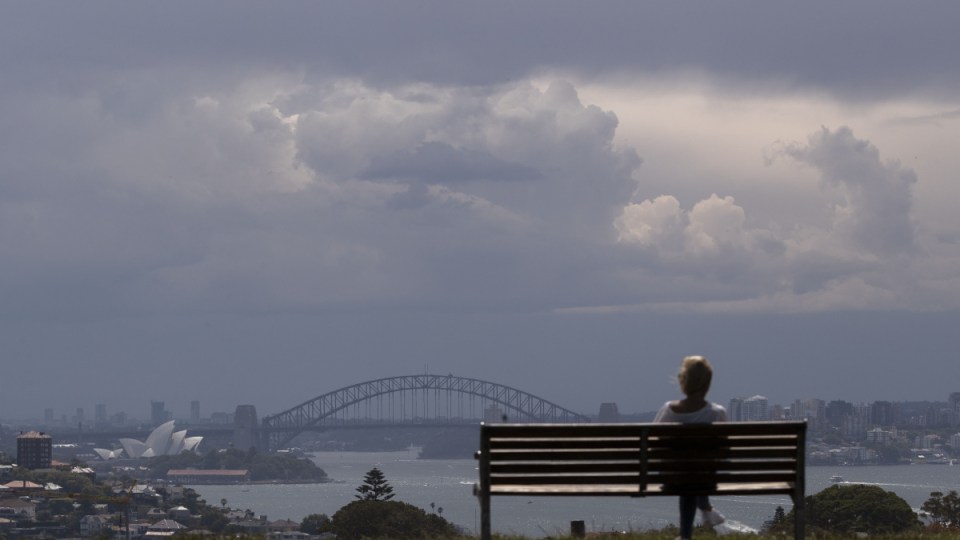 NSW's storm season has started early, with much of the state in for a drenching on Wednesday and Thursday. Photo: Getty

Storm season has arrived early in NSW, with a severe thunderstorm warning for much of the state’s west and the ACT and Victoria expecting to be deluged later on Wednesday.

Severe thunderstorm warnings were issued for much of NSW, west of the Great Dividing Range, and for the ACT on Wednesday afternoon.

The weather bureau said the storms were “likely to produce damaging, locally destructive winds, large, possibly giant hailstones and heavy rainfall that may lead to flash flooding over the next several hours in parts of the Upper Western district”.

Locations that might be affected include Brewarrina, Goodooga, Weilmoringle, Enngonia and Barringun. Storms are also likely in Walgett, Dubbo, Cobar, Bourke, Lightning Ridge and Brewarrina.

The Bureau of Meteorology advised people to move cars to safe spots and secure loose items around their houses as the storms moved in. By 2pm Wednesday, 61 millimetres of rain had already fallen at Nyngan in central-west NSW.

Further south, there was a similar warning for north-western Victoria.

“Severe thunderstorms are likely to produce heavy rainfall that may lead to flash flooding in the warning area over the next several hours,” the weather bureau said in a warning issued just after 3pm Wednesday (AEST).

“Large accumulations of small hail are possible with storms, but there is only a low risk of large hailstones. Locations that may be affected include Ouyen, Murrayville, Rainbow, Walpeup, Warracknabeal and Nhill.”

The storms have already hit South Australia, where hail and heavy  closed the South Eastern Freeway on Wednesday afternoon. The BOM said 35 millimetres of rain was recorded at Crafers West in suburban Adelaide in an hour, with 20 millimetres at nearby Belair.

Sydney will escape the worst, with up to eight millimetres of rain forecast for the rest of Wednesday and a further six on Thursday.

Canberra, however, is in for a drenching. It was forecast to get up to 40 millimetres on Wednesday, backed up with up to 20 more on Thursday.

The storm band will also stretch into Queensland, where Brisbane can expect up to 20 millimetres on Thursday and another 30 on Friday.

Forecaster Weatherzone said storms started to build over parts of South Australia, Victoria, NSW and Queensland on Tuesday and by Wednesday morning, there had already been more than half a million lightning strikes.

The trough wreaking the havoc will move across NSW, bringing showers and the potential for more severe thunderstorms to the east coast on Thursday and Friday, when the state’s storm season begins.

Showers will be widespread, but storms will be less common, the Bureau of Meteorology said.

“It’s not wall to wall storms. It’s going to be quite hit and miss,” meteorologist Hugh McDowell said.

“It’s not an Armageddon scenario. We’re going to get some severe thunderstorms … you just need to keep abreast of the potential for those thunderstorms.”

The weather should begin clearing up on Saturday, in time for people to make the most of the NSW public holiday on Monday.

“The long weekend … is looking drier with sunny skies and temperatures warming up as well,” Mr McDowell said.

“We’re likely to see temperatures on the east coast into the mid to high 20s and in the west, high 20s to perhaps the low 30s.”

However, parts of NSW’s north are expected to be spared much of the rain, prompting authorities to warn that fire danger could escalate over the weekend.

“With the weekend temperatures warming up, the air drying out, and sunny skies – we’re also seeing westerly winds – that is going to increase the fire dangers across parts of the north coast, mid north coast, northern rivers district,” Mr McDowell said.

Commonwealth Seniors Health Card eligibility is changing. Here’s how to find out if you qualify
Grab an umbrella, it’s about to get very wet
Today's Stories

Thunderbolts and lightning – storms close in on eastern states