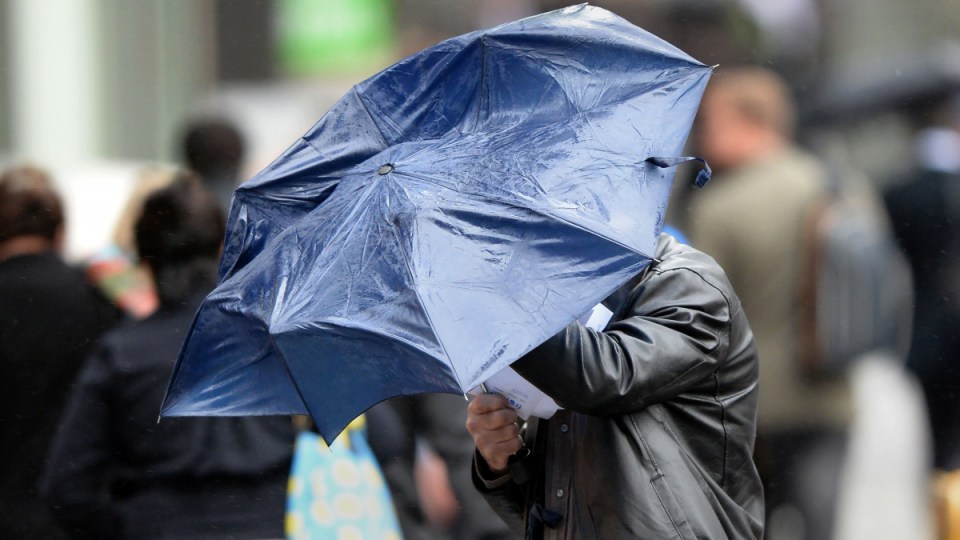 Australia's eastern states are in for three days of wild and wet weather. Photo: Getty

Eastern Australia is in for a drenching for the rest of the week, with days of storms and widespread heavy rain expected.

The rain will begin in Victoria close to midnight on Tuesday, while thunderstorms are expected from southern Queensland into northern Victoria on Wednesday and Thursday.

The weather bureau has forecast storms in western New South Wales on Tuesday.

The bad weather will extend eastward on Wednesday, with more heavy rain and severe storms expected.

“These severe storms are possibly going to bring us some large hail, damaging wind gusts, and also the heavy rainfall, which could lead to flash flooding,” Bureau of Meteorologist meteorologist Miriam Bradbury said.

“They may even persist into Friday as they contract towards the east coast.”

Much of Victoria can expect up to 35 millimetres of rain over Wednesday and Thursday, as COVID restrictions finally ease allowing more outdoor sport.

BOM meteorologist Chris Arvier said Wednesday would be wet, with rain and storms across Victoria.

“The most significant activity will be in northern and central parts of the state,” he said.

NSW won’t escape the wild weather, with up to 25 millimetres of rain expected in Sydney on Wednesday.

Ms Bradbury said there were likely to be minor flood warnings for parts of Tasmania, Victoria and NSW by the end of the week.

The wet is due to a low-pressure system crossing into southern Australia on Tuesday and meeting a trough that extends into northern Australia, where it is tapping into moist tropical air and dragging it down.

“That means these showers and storms have the potential to bring a lot more rainfall than they usually would if they didn’t have that link to the tropics,” Ms Bradbury said.

Because of the tropical air, conditions will likely stay warmer than if the rain was due to a winter frontal system. Maximum temperatures in the eastern states are expected to be close to or above average on Tuesday, Wednesday, and Thursday.

“We won’t really start to see some cooler weather until Friday when that system starts to move offshore and some of the cooler air finally starts to sneak in,” Ms Bradbury said.

She said it was a common weather pattern for thunderstorm days in Queensland and NSW, which can extend south into Victoria.

“What makes this event noteworthy is that it is spanning right across multiple states and it is expected to persist for multiple days,” she said.

“It’s also the first one like this that we’re seeing this severe weather season.”

The NSW storm season officially starts on Friday. People in NSW are being urged to prepare for the looming season, with more days of widespread heavy rain, dangerous winds and possible flash flooding predicted.

The Bureau of Meteorology has forecast spring is likely to herald above-average rainfall for people in the east of Australia, as well as cooler days and warmer nights, after the wettest winter since 2016.

Emergency Services Minister David Elliott welcomed the delivery of a deployable Mobile Incident Command Centre to deal with any disasters.

“It can be easily deployed to any location around the state, and further improves the NSW SES’ prompt co-ordination and response to natural disasters,” Mr Elliott said on Tuesday.

The SES is also getting new rescue vehicles, including six Unimogs that can operate in flood waters up to 1.2 metres.

The SES $56.4 million fleet replacement program is on track to deliver 270 vehicles, 124 marine vessels and 95 trailers to some of the state’s most flood-prone areas.

Grab an umbrella, it’s about to get very wet