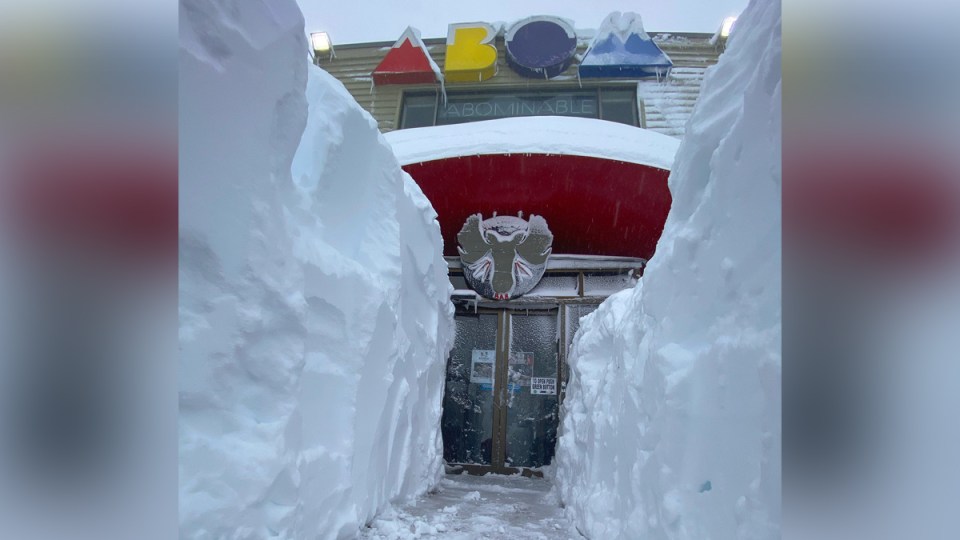 There's been plenty of snow at Victoria's Mount Buller this week – with more on the way on Wednesday. Photo: Twitter

Wild winds, severe storms and blizzard conditions will lash Victoria as a cold front crosses the state on the first day out of lockdown.

The Bureau of Meteorology has issued a severe weather warning about destructive winds on Tuesday afternoon, with wind gusts of 98km/h winds already recorded at Mount Buller.

Senior forecaster Matthew Thomas said the blustery conditions would ramp up on Wednesday as “squally” westerly winds crossed the state.

He said the severe weather warning would be extended to metropolitan Melbourne as wild winds were expected to move through the city on Wednesday afternoon, with gusts up to 100km/h expected in some parts.

Severe thunderstorms and hail could hit southern and northern parts of Victoria and the Wimmera.

The warnings also extend over the border into NSW, where an approaching cold front will generate strong north-westerly winds from late Tuesday into Wednesday.

The weather bureau is warning of gusts of up to 90km/h in the Snowy Mountains and eastern parts of Southern Tablelands, Central Tablelands and parts of the Illawarra and South Coast forecast districts from early Wednesday.

Locations which may be affected include Nowra, Bowral, Braidwood, Katoomba, Goulburn and Khancoban.

In alpine areas of NSW, gusts of up to 120km/h are possible on Tuesday night.

Snow is likely to fall above 1600 metres in NSW early in Wednesday, prompting the NSW National Parks and Wildlife Service to recommend back country travel be postponed until conditions improve.

Victorians freed from lockdown who head to alpine regions after Wednesday will also be treated to fresh snowfall, after some resorts recorded more than a metre of white powder in recent days.

Mr Thomas said “significant snowfall” was expected in the north-east alpine areas on Wednesday. However, destructive winds of up to 125km/h and blizzard conditions will also hit alpine peaks.

Mount Buller has had 124 centimetres of snow since the Victorian lockdown began, after “thundersnow” hit the resort last weekend.

“The wild weather poses real challenges as we dig out, de-ice frozen lifts, groom the runs and prepare the ski area to make it safe for skiers and boarders to get up here and make some turns,” Buller Ski Lifts general manager Laurie Blampied said.

All visitors to snow resorts will be required to return a negative COVID-19 test within 72 hours of arrival.

Wild winds, storms and snow on way for Vic, NSW