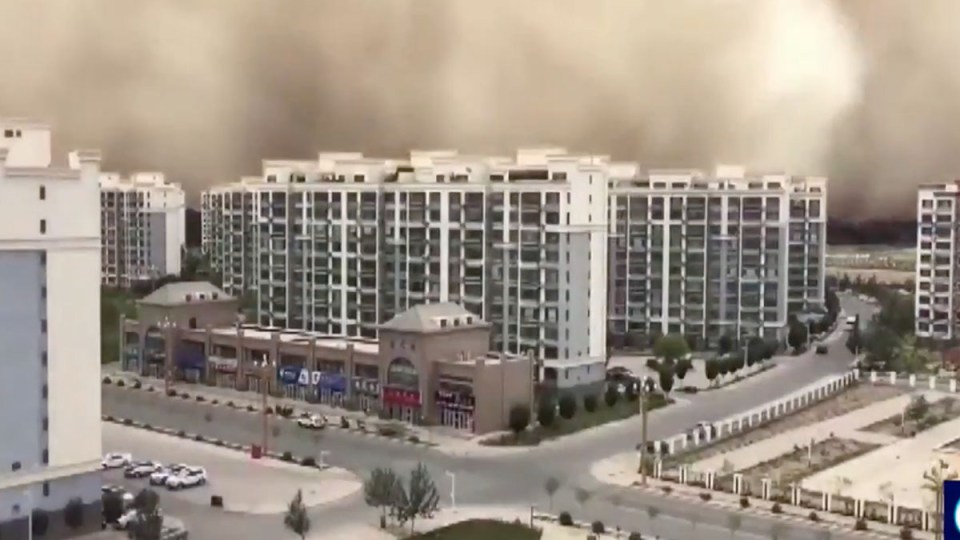 Seconds before the city of Dunhuang disappeared in the dust. Photo: Twitter

A wall of dust has enveloped a city in north-west China, with footage showing an enormous sandstorm swallowing buildings within minutes.

Clouds of dust towered at least 100 metres above the ground, with visibility in parts of the ancient silk road city of Dunhuang reduced to just 5 metres, South China Morning Post reports.

The dust storm whipped up at about 3pm on July 25, causing chaotic scenes as police attempted to control traffic, moving vehicles off freeways to wait for better visibility in service areas.

Incredible footage has emerged from several news outlets around the world, with viewers stunned by the speed at which the city became smothered.

More than 400 flights were cancelled, with the sandstorm taking just minutes to blanket the city in thick dust.

No injuries have been reported in connection to the wild weather event, but air quality remains low across affected areas.

Dunhuang is located in Gansu Province, on the edge of the Gobi Desert, which accounts for its harsh climate, but has been described as an oasis.

Once part of the Silk Road, the city is now best known for UNESCO World Heritage site the Mogao Grottoes. The caves span 1000 years of Buddhist art and are a popular destination for tourists.

Authorities issued a “yellow” weather warning, which is third in the country’s 4-tier system.

It was the second storm of its kind for the city in a two-week period, a rare occurrence in the summer months.

The rare seasonal sandstorms have been attributed to a drier than usual climate, with the Dunhuang Meteorological Observatory reporting 86 per cent less precipitation compared to summer 2020.