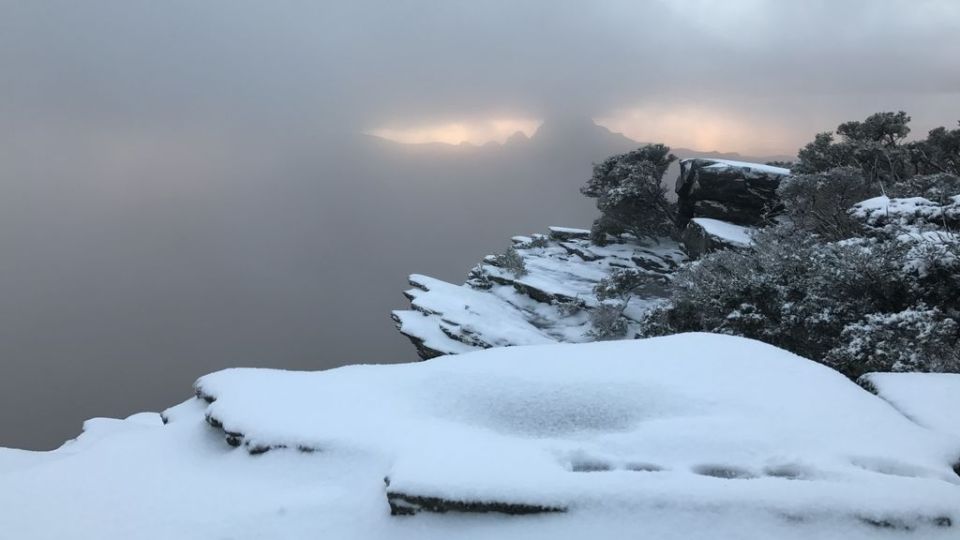 Snow is expected to fall on Bluff Knoll in the Stirling Range on Sunday night into Monday morning. Photo: News Video

Snow is expected to fall on parts of Western Australia this weekend as the state’s south braces for the coldest conditions so far this year.

Two cold fronts are expected to arrive in the South West region, bringing showers, possible storms and the potential for snow in the Stirling Range.

The first front on Saturday will bring widespread rain to the south-west of the state, while the second, due on Sunday, will be the coldest front to cross WA this year.

Bureau of Meteorology forecaster Austen Watkins said there was a possibility of snow falling on Bluff Knoll, 100 kilometres north of Albany, at the end of the week.

🥶☔💨Two cold fronts are expected to arrive this weekend in the South West. The first front on Saturday will bring widespread rain to the SW, while the second cold front, arriving on Sunday, will be the coldest front in WA this year. Forecasts: https://t.co/s6h92mr6gz pic.twitter.com/LLeXxSWwTH

“It is hard to say – the precipitation is there,” he said.

“What that looks like come Sunday night into Monday morning, [we] still don’t know yet.

“[We] can’t say whether it’s going to be a dusting or a decent fall … at this point there are some signs the conditions are there.”

Typically when snow falls in WA it is between July and September.

Temperatures will drop from nine to six degrees Celsius through inland parts of the South West between Friday and Sunday.

Perth will reach a high of 19 degrees on Sunday and 17 degrees on Monday, but wind chill will make it feel colder.

Katanning is expected to record the coldest temperature of 11 degrees on Monday, with several other places in the Great Southern expected to only hit 12 degrees.

The coldest morning is forecast to be Tuesday, with areas in the Wheat Belt and Great Southern only reaching two to three degrees overnight.

A vigorous southerly air stream from the Southern Ocean is driving this early taste of winter, particularly with the second, stronger cold front.

Mr Watkins said a band of rain ahead of Saturday’s cold front will produce falls of up to 30 millimetres in isolated areas across the south-west of the state, including Perth.

Some areas could see some gusts up to 60-70km/h, Mr Watkins said.

In the wake of Sunday’s cold front, five-metre swells are expected for the south-west corner and south coast, as well as Perth, Rottnest Island and as far north as Jurien Bay and Lancelin.