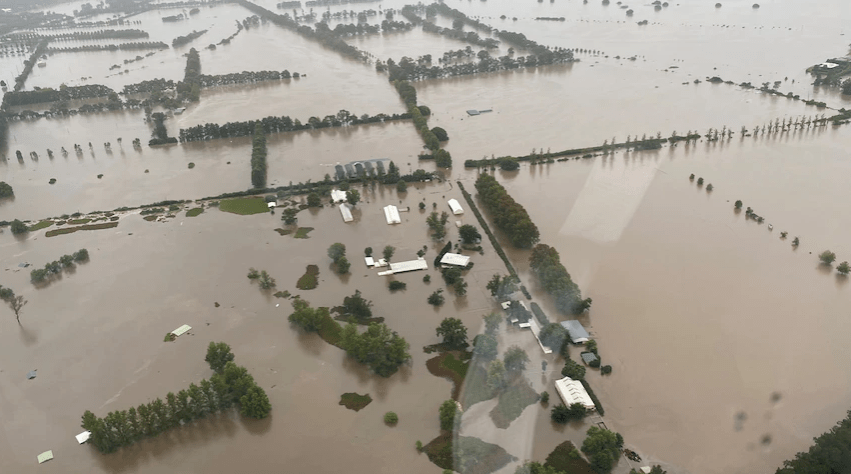 Residents of 200 homes in the Upper Colo area in Sydney’s west have been ordered to evacuate as the water levels of the Colo River reach breaking point.

“One of our focus areas is the Upper Colo, where we issued an evacuation warning overnight,” she said.

At 7.10am on Tuesday, residents of Colo River were ordered to leave by 8am, and told to take only essential items, warm clothes, medicines, insurance documents and valuables.

“Access is very difficult at that remote area so we will have rescue boats and helicopters going in to assist those people, so I ask those people in the area to prepare for that evacuation.”

Ms York said those people would otherwise have been trapped by the rising waters.

Another 15,000 residents are on high alert after being warned they must be ready to leave on Tuesday as two “catastrophic” weather fronts roll across large swathes of the state.

Minister for Police David Elliott said there had been 9500 calls for help statewide in the past 24 hours, and 1300 rescues.

“Unfortunately 850 of those have been flood rescues, not all of them obviously from motorists, but unfortunately a number of them have been, and as I said, we are statistically crawling towards the inevitable fatality, and that must be avoided,” he said.

Ms Hogan said the SES had spent the night watching the Hawkesbury-Nepean river levels in Western Sydney, as well as the Northern Rivers and Clarence area of NSW.

The Hawkesbury River could peak at around 13 metres on Tuesday, with flooding expected to remain at these levels for much of the week, based on rainfall forecasts.

The SES’s Ms Hogan said 1750 volunteers and additional support arrived in NSW on Monday, and about 18,000 residents were relocated: 3000 from Sydney’s north-west and 15,000 from the mid-north coast.

“We have also got a number of warnings out at the moment, impacting over 17,000 people.”

Insurance claims to top $1b

Most of the claims so far are flowing from the hard-hit Mid-North Coast and Western Sydney regions.

“The floods this time last year – you will remember we had a lot of rain at the end of the drought last year – that event cost insurers around about $1 billion,’ Mr Hall told Nine on Tuesday.

Head of Resilience NSW Shane Fitzsimmons said up to 1000 firefighters were on standby to help with the recovery efforts.

Mr Fitzsimmons said they will “go in and work shoulder to shoulder with people in their premises, in their businesses, in their homes, to help them with the very difficult process of wash-out, but also getting all the damage and destroyed and soiled materials and carpets and furniture out of their homes and onto the streets”.

He said the Australian Defence Force would be on hand later in the week to help with clean up and recovery efforts.

Premier Gladys Berejiklian warned the weather would not ease up until Wednesday but the flood risk would last for weeks as catchments flowed into already full dams and rivers.

“Please continue to be patient because even when the rain stops, the rivers will keep rising,” Ms Berejiklian said.

“There are several weather fronts impacting a huge area of the state.

“[It’s] catastrophic in its dimensions … but we’re up for the challenge.”

Evacuation warnings remain in place for Clarendon, Londonderry, McGraths Hill, South Windsor and the Windsor CBD, Mulgrave and Vineyard – all in Sydney’s north-west – with residents advised to be ready to leave if necessary.

Residents in Wetherill Park who live downstream from the Widemere Detention Basin at Greystanes are also advised to prepare to evacuate should dam levels continue to rise.

Ms York said the rising Colo and Hawkesbury rivers concerned her most, but an inland weather system coming across from the Northern Territory would also blight rural communities.

Major flooding is occurring at Wollombi in the Hunter Valley, while moderate flooding is still plaguing Taree and Gloucester.

There is a severe weather warning for almost three-quarters of the state, as two major weather systems collide on Tuesday.

Parts of NSW will be hit by wind gusts of up to 90km/h, prompting fears trees could be uprooted from the saturated soil.

On the east coast, heavy rainfall, strong winds and abnormally high tides are expected, along with flooding.

More than 100 schools across NSW remain closed due to flooding.

Since the rain began, more than 256 millimetres has fallen at Minnie Water, east of Grafton on the mid-north coast, while Nambucca Heads received 245 millimetres and Coffs Harbour 183 millimetres.

Weather forecasters say the record-breaking floods are amongst the worst they’ve seen – and there’s more torrential rain to come.