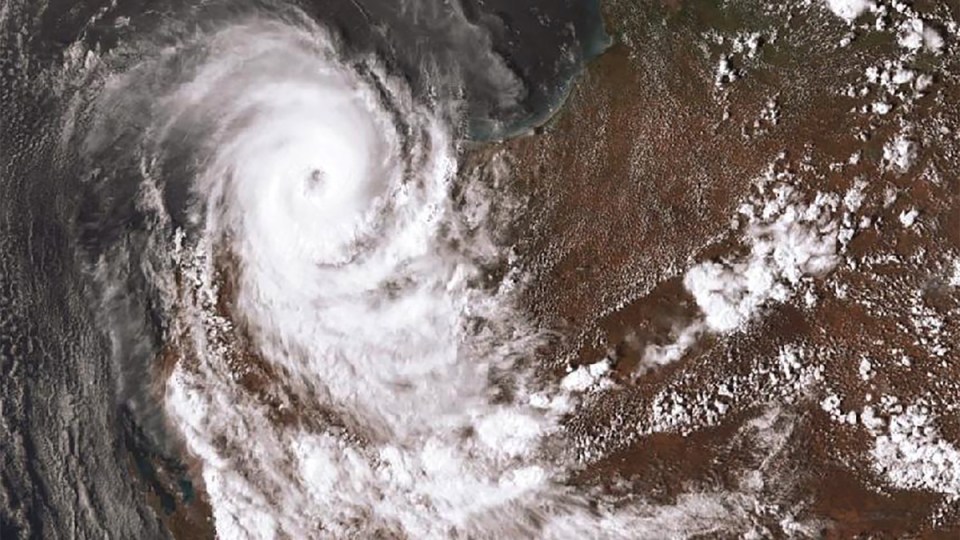 WA authorities are warning of Cyclone Lucas, which is expected to follow a similar route to February’s Tropical Cyclone Damien. Photo: AAP

Residents in Western Australia’s north-west have been urged to prepare for heavy rain and destructive winds from Friday, as the state’s first cyclone of the season approaches.

The Bureau of Meteorology (BOM) is predicting a tropical low, currently tracking parallel to the Kimberley coast, will intensify into a cyclone late Thursday or early Friday before heading for the east Pilbara coast.

“There is more than normal uncertainty around this system but we are forecasting it to move southwards from Friday and it has the potential to intensify as it approaches the east Pilbara coast later in the week,” BOM Senior Meteorologist James Ashley said.

“A tropical cyclone watch has been issued for coastal communities between Bidyadanga, which is to the south of Broome, and Roebourne which is near Karratha.

“That includes Port Hedland which is the major town in that watch area.”

The cyclone, to be named Lucas, will be the first to impact the WA mainland this season.

Cyclone Joshua, which formed on Saturday, was the first system in the western region but it stayed offshore in the Indian Ocean, near the Cocos Islands.

The Department of Fire and Emergency Services (DFES) is urging residents to prepare their homes and has advised holiday makers to leave the area as soon as possible.

“Make sure your property has been assessed for loose items, we’re asking you to tie down boats and caravans … and prepare survival kits which should include a radio, a battery-operated torch, mobile phone, mobile phone charging, medication and also prepare for five days of food and water,” DFES Assistant Commissioner of Country Operations Paul Ryan said.

“In the North West, the properties are designed for a cyclone rating but all buildings do degrade over a period of time so we’re asking residents to check their buildings … and you may wish to contact your local government to get some specialised advice regarding the integrity of the buildings,” he said.

“We’re also asking people who are holidaying to the north-west of WA, particularly the Pilbara, to make plans today to leave the area.

“A cyclone is not a place you would want to be in a caravan or while camping.”

Mr Ryan said the strength of the winds and heavy rain were the main concerns for emergency services.

“We have had rainfall in the north-west of the Pilbara and Kimberley, so we have some at risk areas that we have identified,” he said.

“We’re asking people not to go out on a red alert and not to ever walk or drive through flooded water, that is a highly dangerous act.”

The last severe cyclone to impact the Pilbara was Tropical Cyclone Damien in February last year.

It brought flooding rains and gale force winds to the region, causing damage to property, vegetation and Karratha Airport.