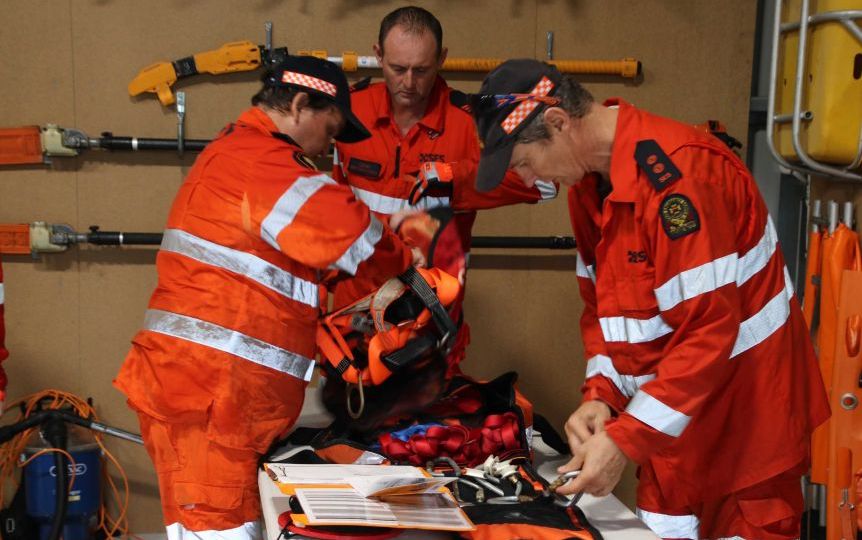 Cyclone Kimi has weakened into a category one system off far north Queensland and forecasters said on Tuesday it now appeared unlikely to cross the coast.

North Queenslanders had earlier been battening down the hatches as the former category two tropical cyclone lurked off the coast.

The Bureau of Meteorology said Cyclone Kimi was travelling south-east about 135 kilometres north of Townsville about 1am AEST on Tuesday.

Queensland Fire and Emergency Services issued an emergency alert cyclone warning for Palm Island residents at 4.50pm AEST on Monday, with Kimi expected to pass near the island within 24 hours.

“Palm Island residents should prepare now for destructive winds and heavy rain tonight and Tuesday. Please advise family and friends in the area,” it said.

The BOM told people living between Lucinda and Ayr, including Palm Island and Townsville, to prepare by securing boats and property.

But the bureau also said a coastal crossing as a tropical cyclone was becoming unlikely and destructive winds were no longer expected near coastal and island areas.

Kimi was expected to drift towards the south-south-east and become slow moving early on Tuesday off the coast between Hinchinbrook Island and Townsville.

“The cyclone has displayed a weakening trend over the past few hours and it is expected to weaken further during Tuesday,” the BOM said on Tuesday.

“In the longer term, the remnants of the system are expected to begin tracking back towards the north-north-west as a weak tropical low.”

Forecasters warned the weather system was still likely to pack winds up to 95km/h, with heavy rain and flash flooding possible.

Residents from Innisfail to Bowen, including Townsville, have also been told to prepare for abnormally high tides.

“I know we’re Queenslanders, I know we go through cyclones every single year but please do not be complacent,” Queensland Police Minister Mark Ryan said on Monday.

“There is something predictable about cyclones and that is the damage and the risk they bring.”

The bureau also warns that heavy rainfall could bring flash flooding and major river flooding to coastal and hinterland areas between Innisfail and Bowen on Tuesday.

A flood watch was issued for waterways including the Tully, Thomson, Cooper, Diamantina, Georgina, Norman and Gilbert rivers, as well as Eyre Creek.

“So if you’re in those areas you need to prepare … if it’s flooded forget it, have a plan about where you’ll be travelling, bear in mind where those river catchments are, be aware that during this event you could have flash flooding,” Mr Ryan said.