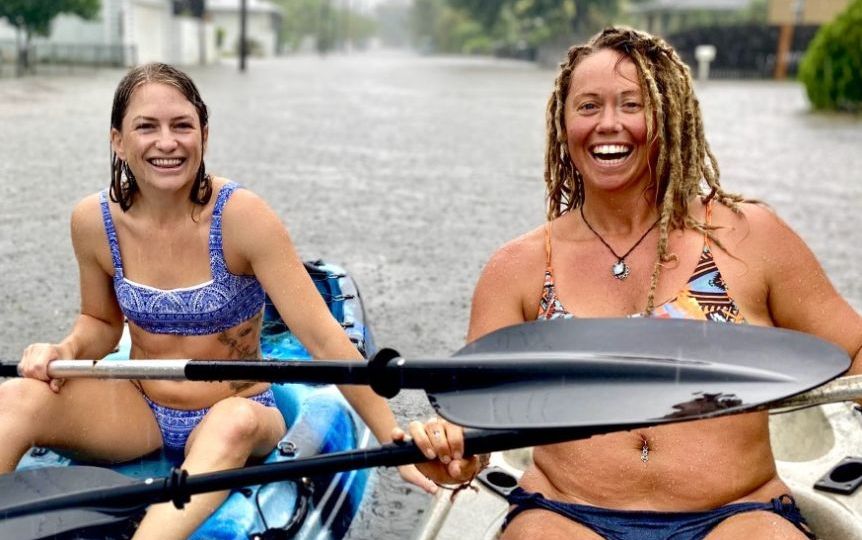 Intense rain is causing flash flooding on Queensland’s Gold Coast, as the Bureau of Meteorology warns a severe thunderstorm is slowly moving south over the region.

Roads have already been flooded around Currumbin, Currumbin Waters and Burleigh.

An emergency alert has also been issued for possible flooding of properties at Tallebudgera and Currumbin, with residents asked to monitor the situation and move to higher ground if necessary.

The rain is falling over already-saturated ground.

At Oyster Creek, 122 millimetres fell in two hours and the BOM warned falls in excess of 150mm had been observed on the border ranges west of Coolangatta.

Between 9am and midday on Thursday, Coolangatta and Burleigh recorded 86 millimetres and Tallebudgera Creek mouth had 93 millimetres.

Emergency services saved a man in a swift water rescue at Tallebudgera after the driver attempted to cross a flooded road.

A Queensland police spokeswoman said officers were called to the intersection of Tallebudgera Connection Road and Valley Drive about 10:50am.

“There were reports of a vehicle taking on water, with a male in the vehicle,” she said.

“The water was rising rapidly and the vehicle was in danger of being washed away.

“Emergency services retrieved the male from the vehicle.”

The roads have been closed to motorists and Queensland police are on scene.

Reedy Creek Road and West Burleigh Road have also been closed as a precaution.

BOM senior forecaster Peter Markworth said there was still “plenty” of rain sitting off southern Queensland that was expected to move across Brisbane on Thursday.

Mr Markworth said next week’s forecast was “a little bit up in the air” but it was likely to be a “bit of a wet Christmas”.

“There is a chance that there are showers and storms as well,” he said.

“But there is the faint possibility it could be whipped away from a bit of dry air coming from the west.”