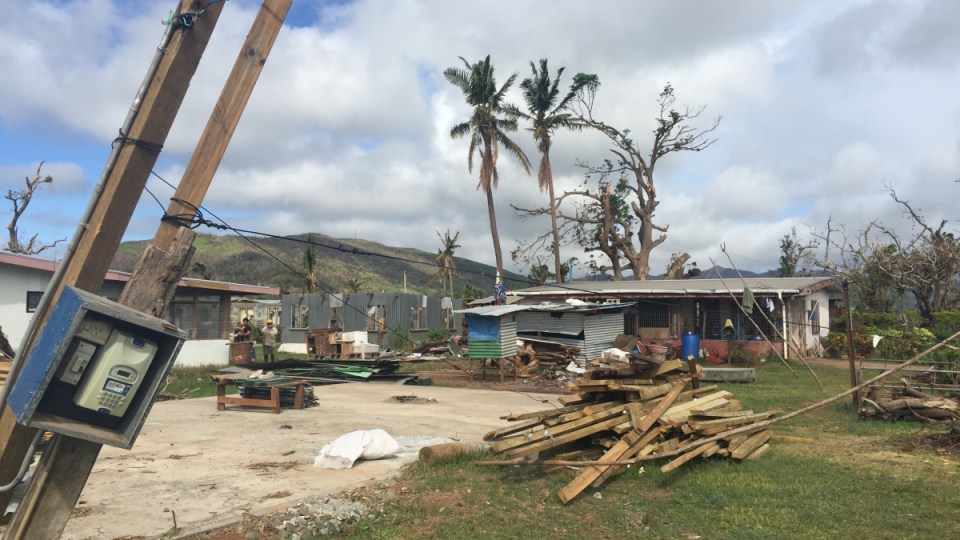 The aftermath of Cyclone Winston, which hit Fiji in March 2016. Photo: AAP

Fiji has been warned to prepare for category-5 tropical Cyclone Yasa, which is expected to directly hit the Pacific Island state in coming days.

The severe storm is projected to reach average winds of about 200km/h – with gusts of up to 315km/h – when it approaches Fiji’s main islands on Thursday, the Fiji Meteorological Service said.

“All the ingredients for further intensification is there,” Stephen Meke, a lead meteorological forecaster, told Radio New Zealand Pacific news.

“This is massive for Fiji, it will be very destructive for Fijians,” he said.

In a broadcast to the country late on Tuesday (local time), Prime Minister Frank Bainimarama urged Fijians not to be caught off guard.

“Every Fijian should prepare now for heavy rain, damaging winds, coastal inundation and flooding across the country,” Commodore Bainimarama said.

“I urge communities to use this time to take steps to keep your homes and communities safe.”

The government also announced that all schools would be closed on Wednesday ahead of Cyclone Yasa’s arrival.

In April, the region was devastated by another severe category-5 storm.

Cyclone Harold killed one person and injured at least 20 others in Fiji, as well as causing major damage to homes and farms across Vanuatu.

“Let’s remember Cyclone Harold, at the last minute it ramped up in strength and ended up being worse than predicted,” Commodore Bainimarama warned.

Tropical Cyclone Zazu has also been passing through the south-west Pacific this week.