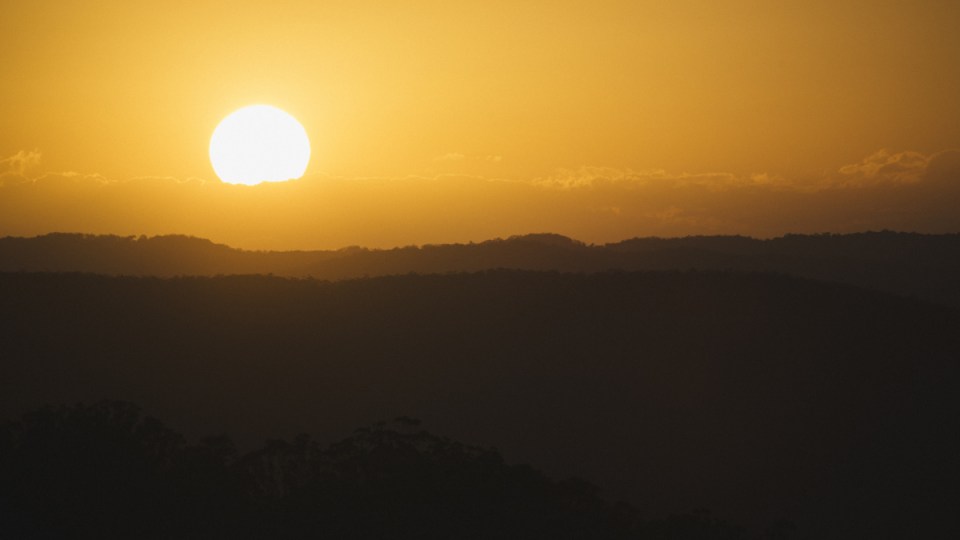 Temperatures are rising across Queensland and NSW after a hot air mass brought 47.4 degrees to Oodnadatta in South Australia. Photo: Getty

Sydney and parts of NSW and Queensland were melting under hot weather on Monday, while temperatures have also soared across central Australia.

Oodnadatta in South Australia reached a scorching 47.4 degrees on Sunday afternoon – the highest spring temperature in Australia for 11 years, according to Weatherzone.

The forecaster said it was also the equal seventh highest spring temperature reliably recorded in Australia.

Oodnadatta is famous for holding Australia’s all-time highest temperature record, which was 50.7 degrees on January 2, 1960.

Overnight, the north-westerly winds that brought the Sunday scorcher to Oodnadatta moved east ahead of a cold front, bringing a spike in temperatures across southern Queensland and NSW.

Temperatures in the Sydney CBD were forecast to hit 36 degrees, with 38 degrees in Parramatta. Penrith is forecast to get to 40 degrees in Penrith – the first time in five years it has topped that mark in spring.

Peak temperatures in Sydney are expected to hit about 5pm, with a cooler southerly change not due until about midnight.

The Bureau of Meteorology’s Agata Imielska told the ABC that sea breezes had helped to keep temperatures down, but westerly winds were pushing warm air across later in the day, bringing temperatures up.

“For November, at this particular stage in the month, some areas are warmer than what we would expect but for others it’s fairly consistent for this time of year,” she said.

“For Sydney, we are expecting the proper southerly to come through about midnight, so that’s really when we’ll see temperatures dropping quite significantly.

“Temperatures will peak around 5pm. Things will start to cool off, but then that significant cooler change will be around midnight.”

There were also fire danger warnings for parts of Queensland and NSW on Monday.

The weather bureau said severe fire danger was expected for the Maranoa and Warrego districts in Queensland on Monday because of the hot conditions and fresh to strong gusty winds ahead of the approaching cold front.

“The trough is expected to move across the district from the south-west during the day, reaching Cunnamulla in the afternoon, then Charleville and St George in the evening,” it said.

The BOM also issued a thunderstorm warning for south-east Queensland on Monday afternoon.

In NSW, the Rural Fire Service issued warnings for landholders in the Walgett, Warren, Coonamble and Bogan local government areas.

Elsewhere, temperatures around Wollongong were expected to peak at a slightly lower level of 30 degrees, aided by the sea breeze.

On the Central Coast, 34 was forecast for Gosford.

The Newcastle and Hunter regions will reach the mid-30s.

The BOM has also issued a coastal warning from Byron Bay down to Batemans Bay, because of gusty conditions forecast for late on Monday and into Tuesday.

For Sydney’s forecast on Tuesday, there is a slight chance of showers with a maximum temperature of 22 degrees.