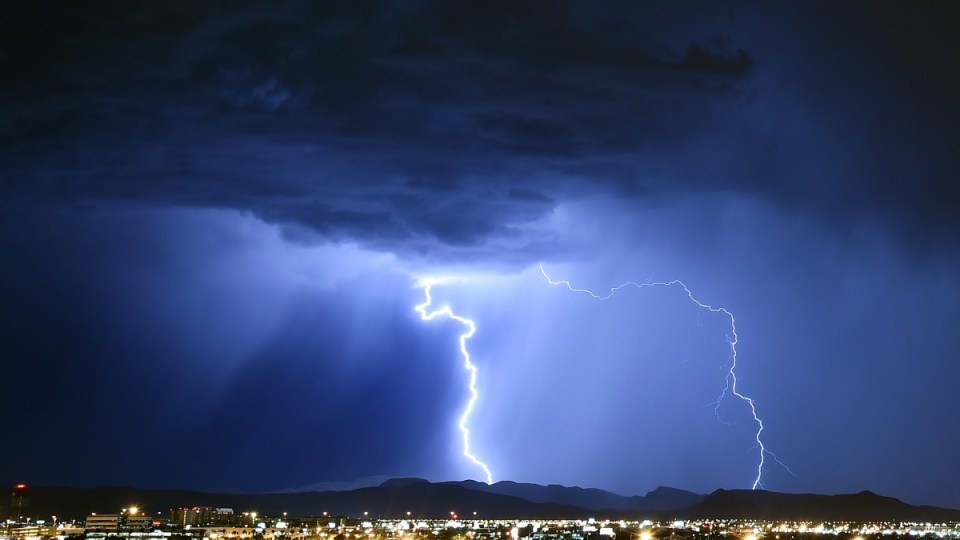 Victorians with asthma have been warned to stay inside as storms bring potentially deadly conditions to swathes of the state.

There is a moderate to high risk of epidemic thunderstorm asthma for  large parts of Victoria on Wednesday as severe storms sweep across the state, bringing damaging winds and heavy rain.

The Mallee, Wimmera, south-west and northern country regions are rated high-risk, while moderate thunderstorm asthma conditions are forecast for Victoria’s central (including Melbourne), north-central and West and South Gippsland areas.

The Bureau of Meteorology issued a severe weather warning for damaging winds. By early afternoon, gusts of more than 90km/h had been recorded in central areas as a slow-moving storm and a related band of heavy rain moved south and east across the state.

Regional centres such as Ararat, Kyneton, Ballarat, Daylesford and Mount Baw Baw were expected to weather the storms but forecasters warned other areas could also be in the firing line.

“Severe thunderstorms with the potential for damaging wind gusts and heavy rain are possible outside the warning area through western parts on Wednesday afternoon, and central parts during the evening,” the bureau said.

Victoria’s emergency services advised those with a history of asthma or hay fever, or anyone who experienced wheezing in the conditions, to avoid wind gusts at the forefront of the storm. They should also stay inside, with doors and windows shut as the storm passed.

“If you’re experiencing any of the above symptoms you may be having an asthma attack,” was the official advice.

“An asthma attack is serious and can be life threatening.”

Justin Dunlop, Ambulance Victoria’s state health commander, said the bureau had told him the next two weeks would be the peak of this year’s pollen season, which runs from October to December.

Ten people died during or soon after a thunderstorm asthma event in Melbourne on November 21 in 2016, with about 1400 people also treated in hospital.

The warning for Victoria comes after storms and an estimated 100,000 lightning strikes jolted South Australia overnight, causing a spectacular light show, as well as fires and power outages.

There were reports of wind gusts up to 120km/h at RAAF Base Edinburgh, in Adelaide’s north, with numerous reports of trees down and some hail on the Yorke Peninsula.

“A pretty wild night and there’s still a few storms around,” he said.

“Looking on the radar and satellite picture, there’s just a band of high-based storms.

“I think we’re unlikely to see any more damaging wind gusts out of the storms – they’re just moving across the south of the state now.”

But Tasmania won’t escape the wild weather. It was set to be second only to Darwin as the hottest Australian capital city on Wednesday.

Tasmanians were in for a warm night before the cool changed moved across the state early on Thursday.