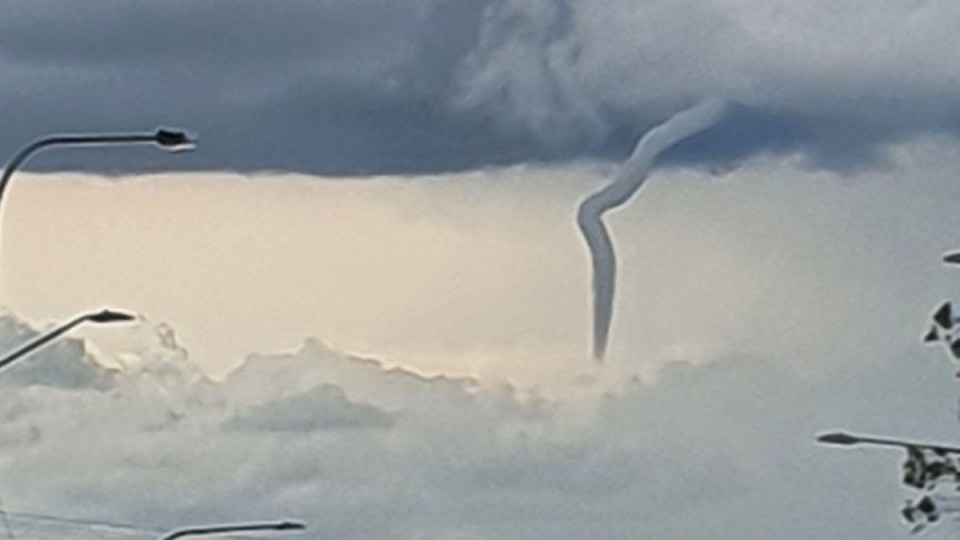 A remarkable cold air funnel has been spotted over Warwick, south-west of Brisbane, on Tuesday afternoon as severe storms move east across parts of southern Queensland.

The Bureau of Meteorology has issued a severe thunderstorm warning for people in parts of the Gympie, Somerset, Scenic Rim, South Burnett, Noosa, Sunshine Coast and Moreton Bay council areas.

A short time ago, a series of storm cells were moving east across the southern inland, impacting Nanango and Kilcoy.

“There’s potential for some of these storms to have destructive wind gusts, giant hail and very, very heavy rainfall.”

It comes after wild weather lashed eastern parts of Australia at the weekend, resulting in power outages in Queensland, rockslides on Sydney’s beaches and flash flooding in NSW.