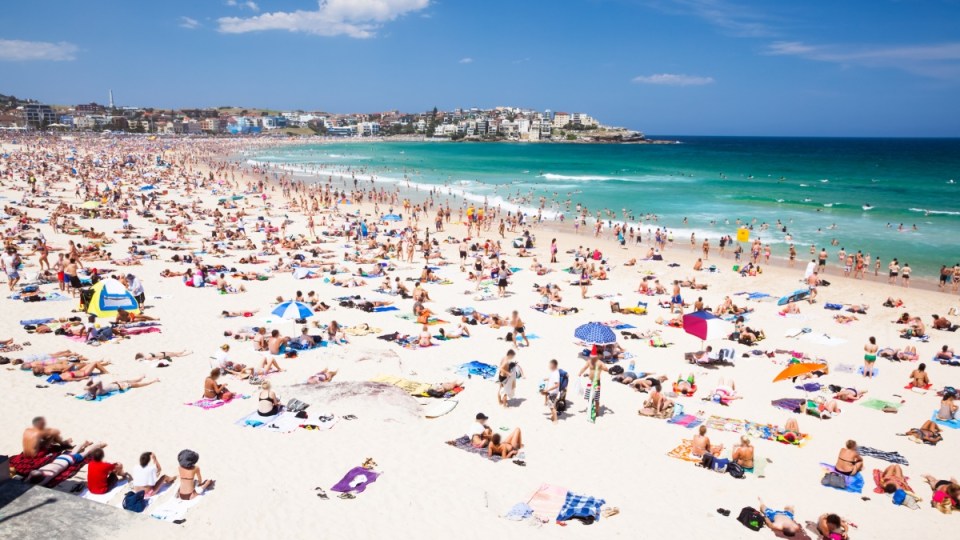 Australia is in for a scorcher this week, with the peak of a nationwide heatwave due to hit inland areas and the east coast on Wednesday and Thursday.

Every capital city is forecast to have at least one day in the mid to high 30s, apart from Hobart which is set to almost break the 30-degree mark, with a forecast of 29 degrees on Wednesday.

According to the Bureau of Meteorology, Sydney is set to reach 34 degrees on Thursday, with areas of western Sydney such as Penrith and Campbelltown to go as high as 41 degrees and 39 degrees respectively.

Canberra will experience daily highs in the low and high 30s all week, peaking on Thursday with 35 degrees and back up to 34 degrees by Saturday.

Bureau of Meteorology forecaster Jonathan How told The New Daily that the heatwave will be “short and sharp” before a cold front brings some relief.

However, that relief will be short-lived, as things heat up again by Sunday and into early next week.

Mr How said a large heat mass has been sitting over the northern parts of the country for some time and begun to slowly make its way east.

“This is really a short and sharp and won’t stick around too long,” Mr How said. “The main areas [to be affected] will be western Sydney with temperatures up to the low 40s or high 30s but we are looking at temperatures into the mid 40s in central Queensland and parts of South Australia.”

After a short respite, the weather will heat up again in the southeast from Sunday and early next week, Mr How said, brought on by another slow-moving system.

Mr How said it was still too early to forecast what Australia can expect during Christmas, with a clearer picture likely to emerge next week.

Temperatures will rise gradually, going from the high 20s before hitting a high of 34 degrees on Thursday. A late shower will cool things down a little, but Saturday is set to sizzle again with 33 degrees.

Melbourne will see days in the mid to high 20s from Monday to Sunday, but the mercury will soar on Wednesday to 36 degrees.

The nation’s capital will be greatly affected by the heatwave, with seven straight days of temperatures above 30 degrees, peaking at 35 degrees on Thursday, and hitting 34 degrees again on Saturday.

Adelaide’s temperatures will climb from 30 degrees on Monday, to 36 degrees on  Tuesday and peaking at 38 degrees on Wednesday, before cooling off to a welcome 24 degrees on Thursday.

The temperature will be in the high 20s with possible showers early in the week, followed by a string of days in the low 30s from Wednesday through to Sunday.

It will be 37 degrees in Perth on Monday, before climbing back to 31 degrees on Friday, the second day of the Third Ashes Test at the WACA

Hobart will be the only capital city that doesn’t breach the 30-degree mark, forecast to reach a high of 29 degrees on Wednesday, followed by four days in the mid and low 20s.

Darwin will experience days of 35 degrees until Friday when the mercury drops to …. 34 degrees for the next three days.

It’s going to be hot … everywhere