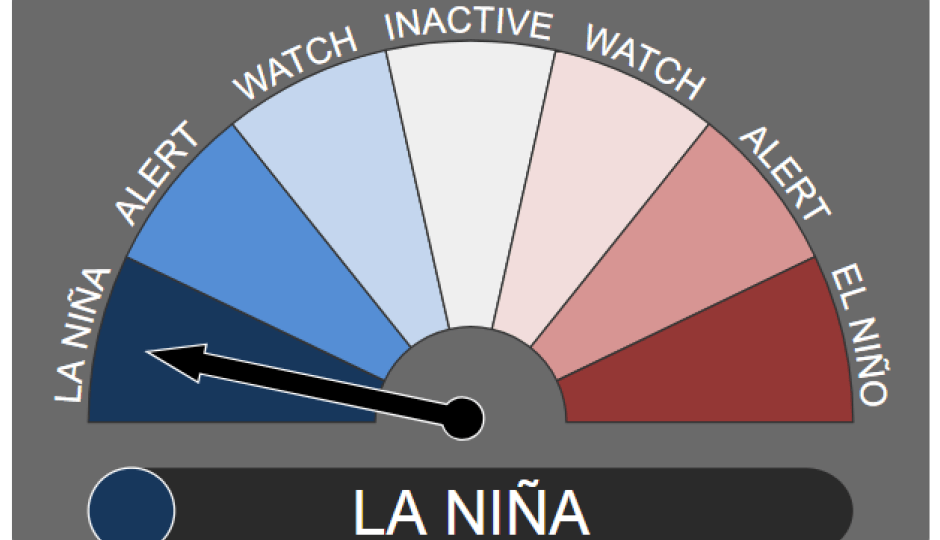 Tropical weather is in store for much of Australia this summer. Photo: BoM

The Bureau of Meteorology has officially declared a La Nina in the tropical Pacific.

After weeks of slowly upping the scale, the Bureau’s ENSO Wrap-Up finally announced the climate phase this week.

“Typically that would see us entering a wetter period for eastern Australia, and a bit cooler and more cloud as well,” he said.

“December is kind of looking that way, particularly through southern Queensland, New South Wales, Victoria and even eastern South Australia as well.”

Dr Watkins said to expect above-average temperatures along the southern coast including Adelaide, Melbourne and Hobart.

The Bureau of Meteorology is quick to emphasise that this is a weak La Nina, and as such it is not expecting conditions like the 2010–12 strong La Nina event, which led to record-breaking rainfalls such as the 2011 Brisbane floods.

“Normally the Indian Ocean gets quite warm when we get La Nina, at the moment it’s close to average or even cooler than average,” Dr Watkins said.

“The cooler Indian Ocean is counteracting the warm ocean temperatures in the Pacific and reducing the chances of above-average rain.

“Also the Southern Oscillation Index, the old one that a lot of farmers would know, that’s only just getting above our thresholds at the moment for La Nina and ocean temperatures in the eastern Pacific are only just scraping over the thresholds as well.”

Dr Watkins said weak La Nina events have been associated with extended heatwaves in the south of Australia.

“Keep an eye out for the long strings of days that are low 30s, rather than necessarily those short, sharp heatwaves that some of us are used to,” he said.

“Typically La Ninas will form in the autumn and winter, so for one to form in spring or early summer is quite unusual,” he said.

“And it tends to mean it probably won’t hang around that long either.”

Models suggest the La Nina conditions will last for the three months required to be declared a La Nina year before returning to normal in winter.