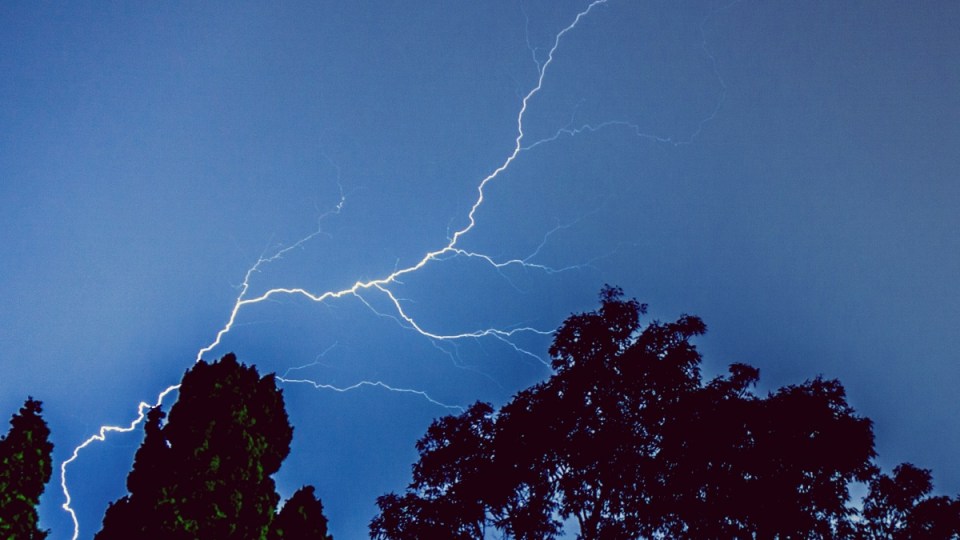 The vicious storms which lashed Melbourne are moving east across Victoria. Photo: Getty

A dramatic storm and raging weather conditions that cut power to thousands of Victorian homes and businesses and led to hundreds of call-outs for help have started to ease.

Four people were rescued from floodwaters in and around Geelong after a powerful storm lashed Victoria’s central district.

The SES received 1100 calls for help since Sunday morning with fallen trees, building damage and isolated flash flooding as a low-pressure system crossed Gippsland and headed out to the Tasman Sea, bringing damaging winds and heavy rainfall.

Bellarine, Ocean Grove, Torquay, Geelong, Ballarat and Hepburn Shire were the worst hit areas on Sunday afternoon and evening, with emergency crews bracing for dire conditions across Gippsland.
However, conditions eased with weather not “as intense as expected” across Gippsland on Monday.

Durdidwarrah (100mm), near Melton, almost received a couple of months of rain in a day while Gisborne (90mm), Mount Macedon (84mm) and Lara (59mm) also received high rainfall totals in the 24 hours to 9am on Monday.

At least 230 homes and business were damaged during the storm and 22,000 have lost power at some stage since Sunday morning.
Thousands of morning train commuters in Melbourne endured delays as track faults, signal faults, a power pole fire and some flooding over tracks halted services.

Most roads remained delay-free, though a car was seen floating under a bridge in Footscray.

“We’ve seen many graphic images over the past three weeks from Queensland and northern NSW where people have perished by driving into floodwater,” he told reporters.

Bureau meteorologist Kevin Parkyn says it is fortunate the landscape is dry, with the ground largely able to absorb rainfall and river rises not being excessive.

The inclement weather wasn’t bad news for everyone, with 10-20cm of snow falling in the state’s alpine areas such as Mt Buller and Falls Creek.

“It feels like the snow angels are looking down on us,” Mt Buller resort spokeswoman Ruby Walton said in a statement.

A severe weather warning for damaging winds and heavy rain for East Gippsland and the northeast remains current.