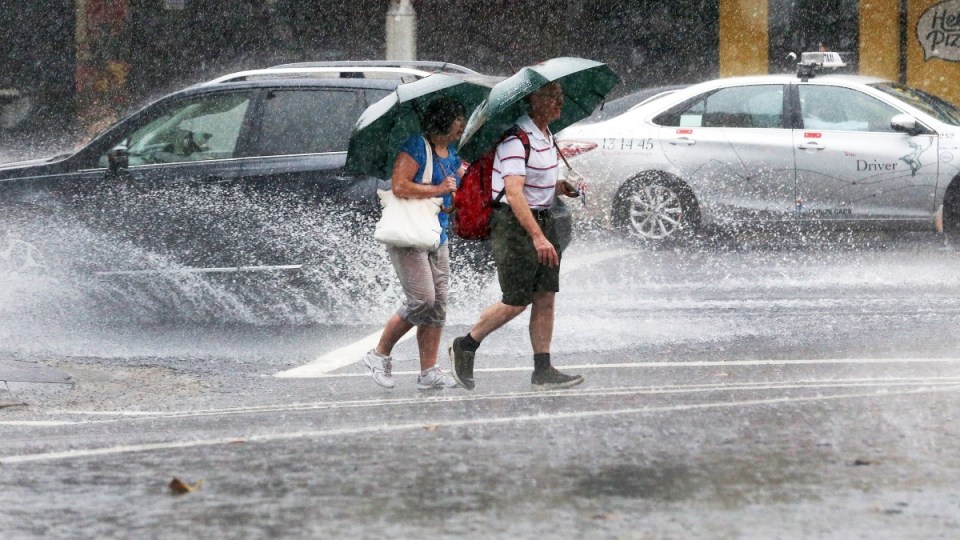 NSW, Queensland and Victoria are set to cop rain all this week. Photo: AAP

Residents in New South Wales, Victoria and Queensland are bracing for a wet and wild week ahead, as an east coast low rolls across the country.

Much of the eastern seaboard is expected to be battered by rainfall, thunderstorms and possibly hail for the next week, according to the Bureau of Meteorology (BoM).

Sydneysiders are predicted to cop another run of showers with the CBD, Central Coast, Wollongong and Newcastle all set for a soaking every day this week.

A humid air mass continues to hover over parts of NSW that combined with high temperatures will make for a sunny Tuesday morning, before 2-5mm of rain in the evening.

As of 4pm on Monday, the north-eastern parts of NSW were the worst-hit, with 167mm falling in Woodburn in the past 24 hours.

Meanwhile, Queensland staved off the worst of its wet forecast on Monday, but its “showery weather” is expected to remain.

“In between the coast between Proserpine and Bundaberg, that’s probably the best area to get some rain for the next 3-4 days, and we’ll see some showers and thunderstorms elsewhere,” BoM forecaster Michael David told The New Daily.

“We will see possible showers until the weekend.”

The city will remain at a muggy 30C until Thursday, before a slight drop to 28C on Friday, and a possible 20mm of rain.

Horrendous on the motorways in parts of QLD with rain. Take care out there. @7NewsQueensland @TonyAuden pic.twitter.com/uZp79L3pPs

Victoria’s east is bracing for thunderstorms and possible flash flooding while Melbourne should receive its average March rainfall in the next three days.

BoM senior forecaster Stephen King said a wet start to the week in Melbourne was “just a taste of things to come”.

Melbourne is expected to receive its March average rainfall – 50mm – in the next three days.

Most of Victoria can expect 10-30mm on Tuesday with the potential for isolated falls of 50mm or more, Mr King said in a statement.

Showery start to the morning in the city—just a taste of the few days to come! Rainy with humid, sultry nights ☂️⛈️💦 #melbweather pic.twitter.com/MK2HOU8VyK

What is an east coast low?

East coast lows (ECL) are intense low-pressure systems which occur on average several times each year off the eastern coast of Australia, in particular southern Queensland, NSW and eastern Victoria, according to BoM.

It said they usually form off the east coast — generally in autumn and winter and most commonly in June.

They often bring gale or storm force winds, widespread rainfall leading to flooding and rough seas and strengthen rapidly making them one of the more dangerous systems.

ECLs can develop in the wake of a cold front moving across from Victoria into the Tasman Sea.