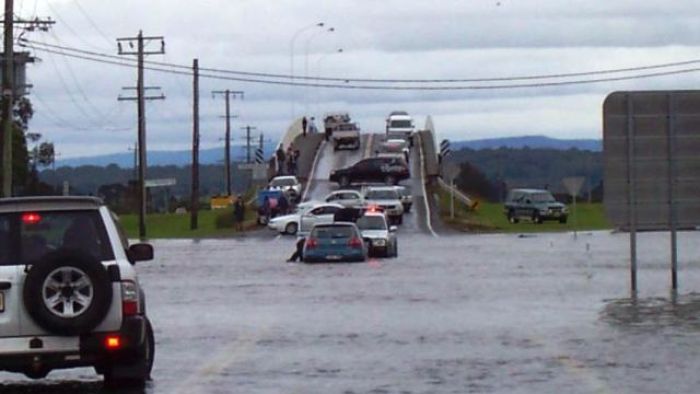 People urged to stay out of floodwaters as heavy rain and flash flooding is forecast for eastern Australia.

Authorities have issued severe weather warnings as parts of the NSW coast up to the Queensland border are set to be pummelled by more damaging rain, flash flooding and high seas over the next several days.

The warnings come as one person has died, more than 50 people rescued and at least 12 forced to evacuate as more than 200mm of rain fell in some parts of NSW in just a few hours on Thursday.

“We have seen 57 rescues over the last 24 hours, most of those in vehicles. My advice is … stay out of floodwaters,” NSW SES commissioner Mark Smethurst told ABC on Friday.

Meanwhile, southeast Queensland is also being lashed by heavy rain and strong winds again, with several reports of a “tornado” at Brisbane Airport.

Bureau of Meteorology senior forecaster David Grant told the ABC the system was brief and much weaker than a tornado, preferring to call it a “landspout”.

On Friday afternoon, more than 3000 properties in Queensland were without power as storms continued to ravage the region. 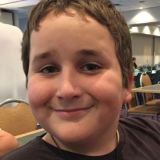 Surf Lifesaving NSW and the NSW Bureau of Meteorology issue warnings for more rain as the unseasonal weather continues its destructive path across the eastern seaboard.

A dangerous surf warning has been issued for the Central Coast region with swells peaking at five metres due to a low pressure system from Port Hacking to Seal Rocks on Friday afternoon, shifting to between Newcastle and Tweed Heads on Saturday.

Swells are predicted to peak at around 4-5 metres in some areas, but are forecast to be larger offshore.

“With the strong winds and more heavy rain forecast, it might be safer to give the beach a miss this weekend,” he said.

The NSW SES received 700 calls for help since Thursday, with 400 of those in the Illawarra region.

Eleven people had to be rescued from nine cars on the Illawarra Highway at Macquarie Pass after a large amount of water flowed across the road.

The SES are warning drivers to avoid flood waters.

“People are risking their own lives and that that of the volunteers,” Mr Smethurst said.

Four people were also rescued on the mid north coast as a low-pressure system brought a whopping 230mm of rain to the region.

The concern for Friday is winds of up to 90km/h predicted to hit the east coast, from Kiama on the south coast to Taree on the mid north coast.

The weather bureau has issued a severe weather warning for the area.

Heavy rainfalls are forecast from the mid-north coast right up to the Queensland border, with the flood risk continuing over the weekend.

“We’re predicting rain around the 50-100mm on both Saturday and Sunday, in those areas that have already hit total saturation,” he said.

A new trough off the north coast is expected to develop on Friday, bringing heavy rain through the weekend and possible flash flooding.

Meanwhile, the southern states along the eastern seaboard will continue to experience heat-wave conditions after unseasonably warm temperatures across Victoria, South Australia and Tasmania, according to the Bureau of Meteorology.

For the next three days, Adelaide will reach temperatures as high as 34 degrees, Melbourne will hover around 32 degrees and Hobart will reach an unusual high of 30 degrees.