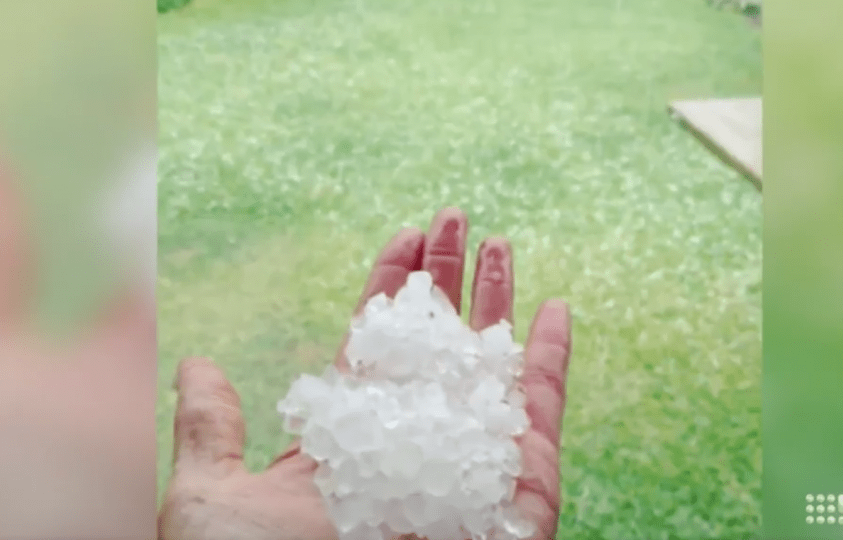 The central NSW town of Dubbo was pelted with hail on Monday. Photo: Nine News Sydney

Sydneysiders have been warned to brace for a deluge of rain, high winds and thunderstorms on Tuesday as wild weather continues to lash parts of New South Wales and Queensland.

A ferocious storm including golf-ball-sized hail stones smashed through central areas of New South Wales throughout Monday while Sydney residents prepared for the torrid weather to hit their city.

“In Sydney you could see some of the heavier rainfall in the morning,” she said, according to the ABC. 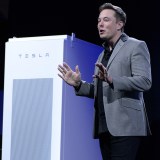 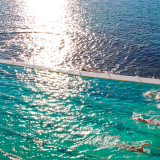 “It’s going to be a wet day and there’s quite a good chance of severe thunderstorms on Tuesday through most of Sydney to the Blue Mountains.

“Particularly parts of the Blue Mountains and parts of far western Sydney could be in for a really wet day with rainfall totals anywhere between 40mm and 80mm.”

It comes after a storm ripped through Sydney last month, leaving homes damaged and insurers facing up to $370 million in costs.

“Severe thunderstorms are likely to produce damaging winds and heavy rainfall that may lead to flash flooding in the warning area over the next several hours,” the Bureau said on Monday night.

“Locations which may be affected include Toowoomba, Dalby, Oakey, Millmerran, Allora, Clifton, Pittsworth and Jondaryan.”

And in the coming days, South East Queensland may be hit by a month’s worth of rainfall, forecasters warned.

“The average monthly fall for Brisbane is 140mm but we can expect two fold in just four to six days.”

On Monday, residents of Dubbo, in central New South Wales, bore the brunt of the severe storms, with homes pelted with golf-ball-sized hailstones and at least 57 millimetres of rain since 9am, exceeding the town’s average for the entire month (55 millimetres).

The State Emergency Service had received more than 120 calls for help from throughout New South Wales by 6pm.

The town of Inverell was expected to have endured up to 100 millimetres of rain by the end of Monday.

And in Queensland, storms passed through the Darling Downs region with more than 90 millimetres of rain recorded at Inglewood, near Goondiwindi.

Watch the havoc in Dubbo below: