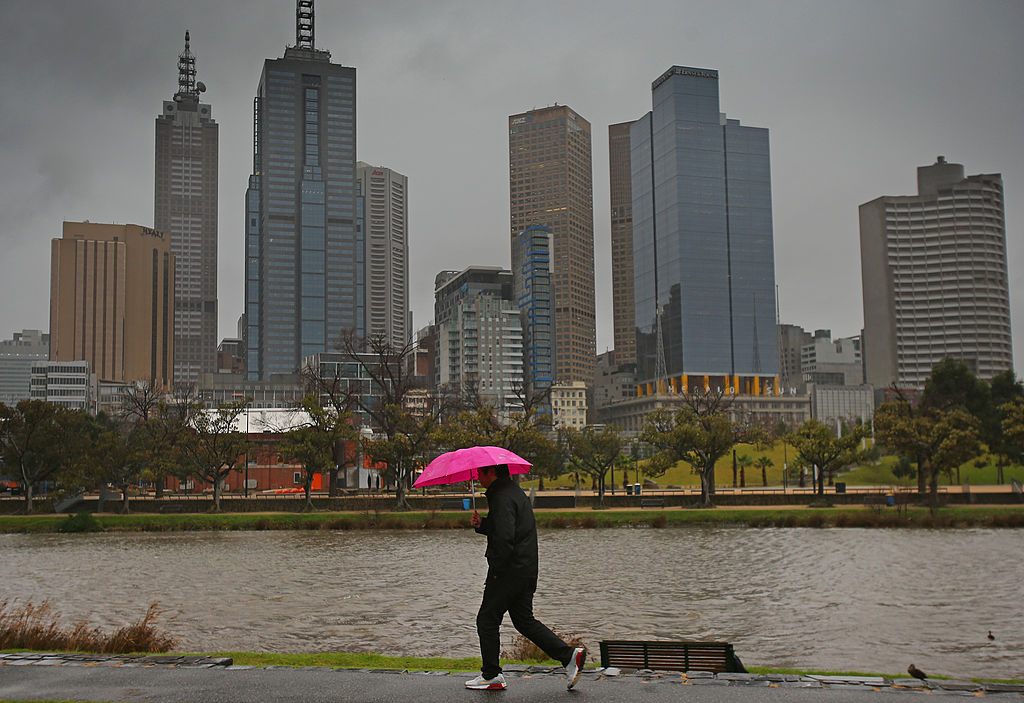 Don’t dry off your gumboots just yet: the rain isn’t done with Australia’s east coast.

It’s been a wild and woolly week for many Australians, with rain battering most of Victoria and New South Wales.

The Bureau of Meteorology (BoM) told The New Daily the heaviest of the rain had subsided, but that it wasn’t time to break out the picnic set yet.

Flood warnings are still current across much of the eastern states, as the drizzle continues toward the weekend.

The drizzle goes on

Sydney was hit with between 10mm and 30mm of rain on Thursday, adding to the week’s deluge.

Wave heights could reach four metres and revellers are advised to stay away from the beach as the weekend approaches.

The thermometer will reach just 17 on Friday and 19 on Saturday in Sydney.

Further south in Victoria, residents have been drenched with up to 200mm of rain so far this week – the worst of it hitting Bairnsdale.

Floodwaters almost turned deadly there, with one man plucked from the water by emergency services late on Wednesday evening.

Rain eased on Thursday but not before Springvale in Melbourne’s south was doused with 26mm in the morning.

Melbourne is tipped to reach a top of 14 on both Friday and Saturday.

Dean Stewart, senior forecaster at the BoM, said while the worst of the weather is behind it, Victoria will be wet until Saturday.

“Saturday is looking like the best day, with fog in the morning and then sunshine,” Mr Stewart said.

“Most parts of the state will have sunny periods, with light winds.”

Victorians shouldn’t get used to the sunshine, with another frontal system heading in on Sunday.

“Rain will be coming from western Victoria on Sunday morning and hit Melbourne during the day.”

Brisbane is predicted to be dry and 23 degrees on Friday, to the envy of its southern neighbours.

While the city centres have been spared flooding during this week’s heavy downpours, flood warnings are still present for many parts of rural Australia.

In New South Wales, flood warnings have been issued for a number of rivers, including Macintyre River and the Bogan River.

Victoria is awash with flood warnings, including for the Snowy River, Genoa River, and West and South Gippsland.

The Mitchell River has been issued a major flood warning.

In Queensland, which has experienced light snow in recent weeks, flood warnings are current for the Macintyre, Weir and Border Rivers.

Meanwhile, NSW has been issued wind warnings for the Sydney Coast, Coffs Coast and Byron Coast, among others.

You’d be forgiven for thinking that all this rain means we’re officially experiencing a La Niña weather pattern.

But Mr Stewart said Australia has not yet passed all of the thresholds for La Niña.

“The chance of it occurring later this year is still higher than average according to experts in the weather office,” he said.

Mr Stewart said this week’s wild weather was the result of an east coast low.

The wet weather is not over yet: worse to come