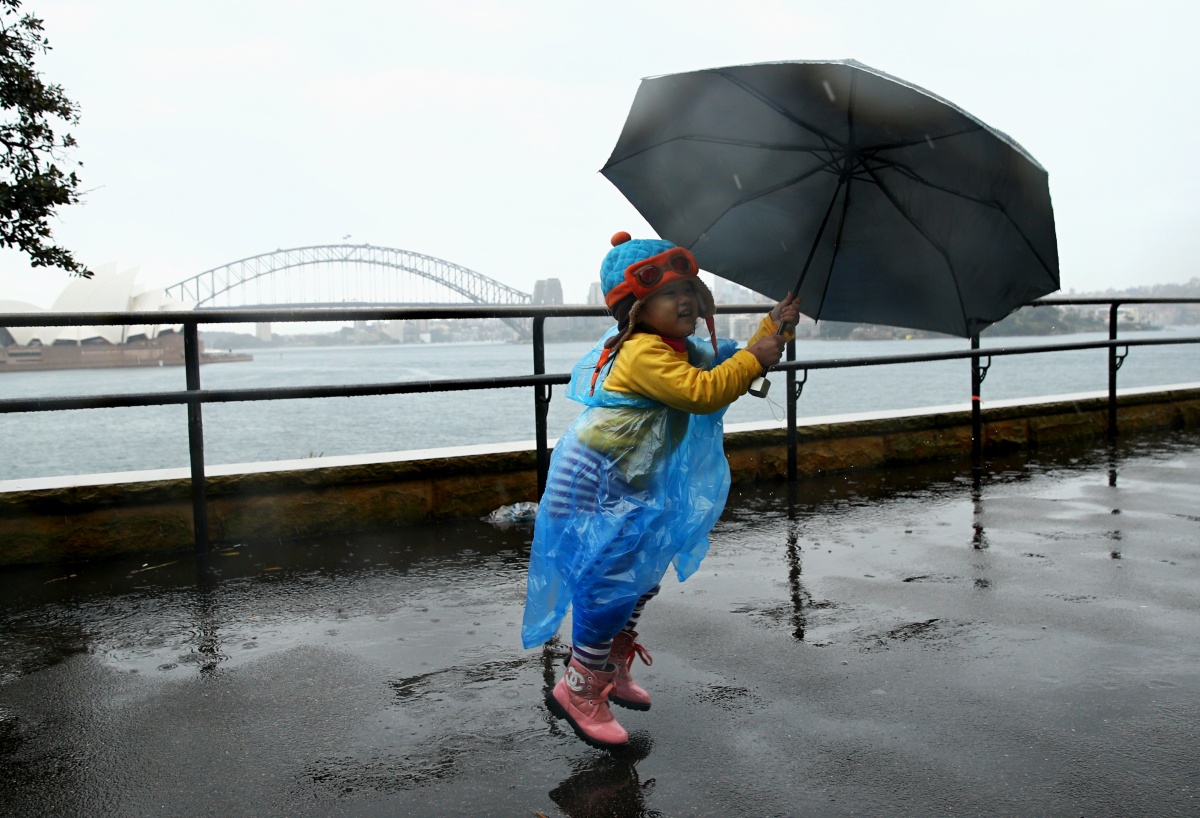 Biting winds and pounding rain will lash south-east Australia throughout the week, with Sydney, Hobart, Adelaide and Melbourne predicted to cop a soaking on Tuesday.

Sydney should brace for another wild week after the Bureau of Meteorology forecast Tuesday that Monday’s clear weather was the calm before a serious storm.

From Tuesday, residents in Sydney will need to pack an umbrella as an expected 8mm of rain is forecast to fall on Wednesday. Downpours of 15mm and 30mm are tipped for Thursday and Friday, the BoM said.

The New South Wales coast could see winds of up to 90km/h to accompany the rain, while flood warnings were made for the Bogan, Warrego and Paroo rivers.

The BoM issued a strong wind warning for the Byron Coast, Coffs Coast, Macquarie Coast, Hunter Coast, Sydney Coast and Illawarra Coast. The winds were expected to be at their worst on Tuesday.

Sydney will be cold too with a forecast low of 9C on Wednesday, rising to a top of 19C on Thursday.

More wet weather is on the way for the southeast of the country. Find out when at https://t.co/ByG5YyVjFH. pic.twitter.com/oojAn4RyBs

Victoria may not get a dry day this week, with showers forecast to continue until Saturday.

The rain in Melbourne began on Monday afternoon, said Mr Blake, with a bleak forecast for the remainder of the week.

“It will be wet. No day throughout the week will be without rainfall.”

Monday saw a potential 4mm of rain in the evening before picking up on Tuesday with up to 10mm to fall, Mr Blake said.

Tuesday was expected to be the worst of the week for Melbourne, with a minimum of 7C and rain increasing throughout the day.

BoM was also predicting heavy rain across east Gippsland over the next three days, which could see up to 100-150mm of rain by mid-week.

A flood watch has been issued for East Gippsland for the Mitchell, Tambo, Snowy, Cann and Genoa Rivers and the Gippsland Lakes.

Meanwhile, the wet weather has already it Adelaide, after its wettest July day in 75 years on Monday.

Heavy rain due across the metro area tonight – please drive very carefully if you are on the roads! #stayhome pic.twitter.com/tKy7FYYE6x

A severe weather warning for damaging winds has been released by BoM for part of the state, with gale-force gusts of up to 95 kilometres per hour predicted.

Elsewhere, the temperature in Hobart would hover from 11C to 14C up until next Monday, while rain was predicted for every day except Friday and Saturday.

Queensland didn’t miss out on the extreme weather, with a maximum 15mm of rain and a minor flood warning for Georgina River and Eyre Creek in the west of the state.

Rain was forecast to hit Canberra for every day from Monday as temperatures alternate between 13C and 14C. Saturday and Sunday would rise to 15C and 17C respectively.